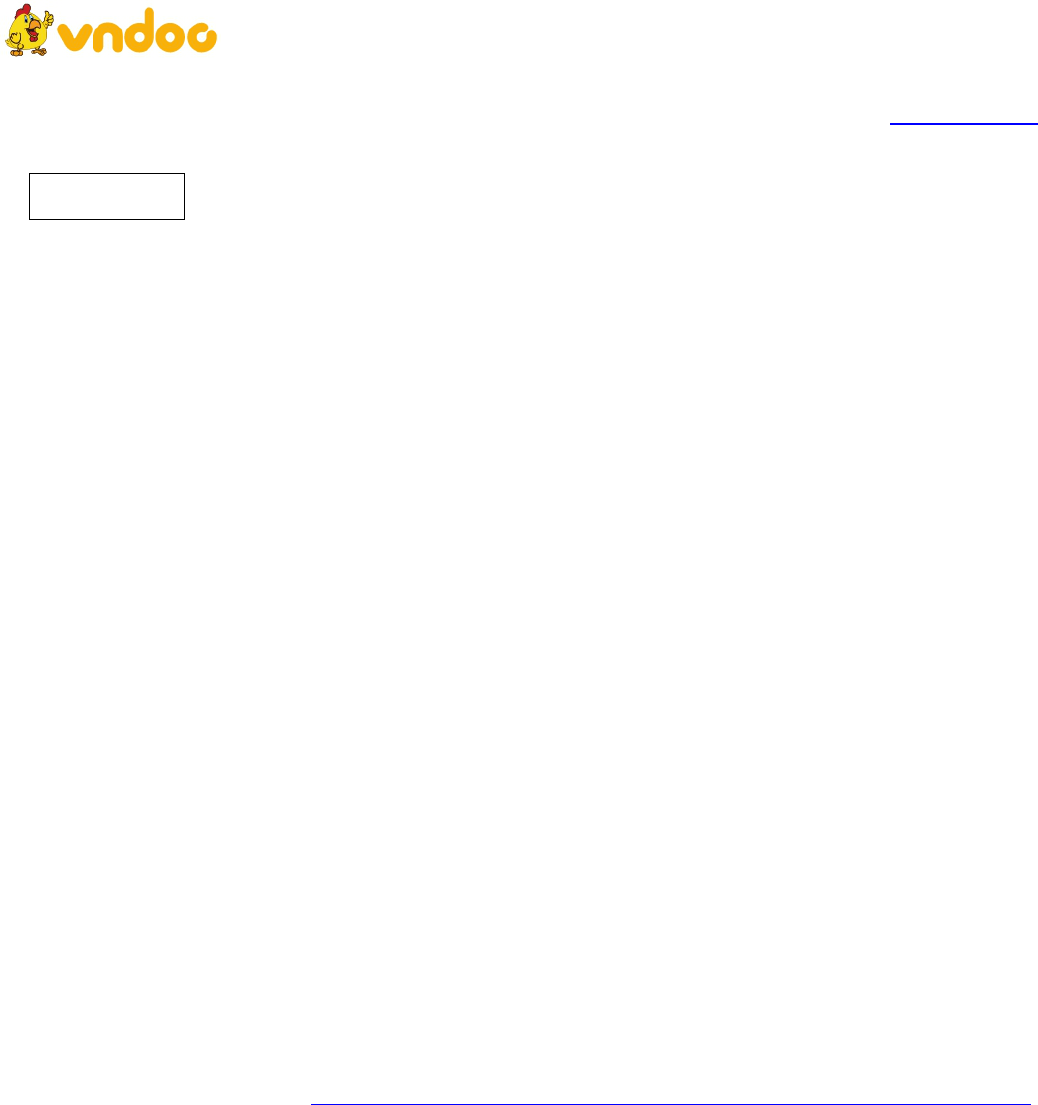 VnDoc - Tải tài liệu, văn bản pháp luật, biểu mẫu miễn phí
Name: …………………………… ĐỀ THI THỬ TNTHPT QUỐC GIA MÔN TIẾNG ANH
Class: NĂM HỌC 2017 -2018
Mã đề:175
Read the following passage and mark the letter A, B, C or D to indicate the correct answer to
each of the question.
Most young people and their families have some ups and downs during their teenage years,
but things usually improve by late adolescence as children become more mature. And family
relationships tend to stay strong right through.
For teenagers, parents and families are a source of care and emotional support. Families give
teenagers practical, financial and material help. And most teenagers still want to spend time with
their families, sharing ideas and having fun.
Adolescence can be a difficult time — your child is going through rapid physical changes as
well as emotional ups and downs. Young people aren't always sure where they fit, and they're still
trying to work it out. Adolescence can also be a time when peer influences and relationships can
cause you and your child some stress.
During this time your family is still a secure emotional base where your child feels loved and
accepted, no matter what's going on in the rest of his life. Your family can build and support your
child's confidence, self-belief, optimism and identity.
When your family sets rules, boundaries and standards of behavior, you give your child a
sense of consistency and predictability. And believe it or not, your life experiences and knowledge
can be really useful to your child — she just might not always want you to know that!
Supportive and close family relationships protect your child from risky behavior like alcohol
and other drug use, and problems like depression. Your support and interest in what your child is
doing at school can boost his desire to do well academically too. Strong family relationships can go a
long way towards helping your child grow into a well-adjusted, considerate and caring adult.
(Adapted from: http://raisingthildren.netauiarticles/farnilyjelationshipsteenagers.html)
1. According to the passage, when does the family relationship start to become stable?
A. When the children are small
B. When children become teenagers
C. When adolescents become adults
D. When the parents get old
2. For teenagers, families are ...................

VnDoc - Tải tài liệu, văn bản pháp luật, biểu mẫu miễn phí
A. just as important as when they were children
B. less important today than they were before
C. only practical if they can get material support
D. less emotionally important but more financially
3. According to the passage, there might be contradictions between children's
A. attitudes and behaviors C. actions and thoughts
B. words and body language D. moods and communication
4. What is NOT mentioned as a trouble-making factor during teenage years?
A. Family responsibilities C. Physical development
B. Emotional changes D. Social relationships
5. According to the passage, what might a teenager learn from his/her family?
A. Who he/she is B. Doubt of his/her ability
C. Career plans D. The power of love
6. Followings are the expected outcomes of strong family relationships, EXCEPT
A. avoiding drug B. getting wealthy
C. feeling positive D. studying well
7. What is the best title for the passage?
A. What does the family mean to teenagers?
B. How can parents help children in difficulty?
C. What should teenagers do to be happy?
D. When do children really need the family?
Read the following passage and mark the letter A, B, C or D to indicate the correct answer to
each of the questions.
You might be surprised to know that bicycles have existed for less than two hundred years.
Though the earliest comes from a sketch said to be from 1534 and attributed to Gian Giacomo,
there are several early but unverified claims for the invention of the modern bicycle. No one is sure
who invented this popular two-wheeled machine, but it was probably either the German Karl von
Drais, in 1817, or the American W K Clarkson, in 1819.
The early models didn't look much like the bicycles of today. The front wheel was much
bigger than the back one, and also there weren't any pedals — riders had to move themselves
forward by pushing their feet against the ground. Pedals finally arrived in the 1840s, and in 1879 an

VnDoc - Tải tài liệu, văn bản pháp luật, biểu mẫu miễn phí
Englishman named Henry Lawson had the idea of connecting them to the back wheel with a chain.
Gears, which made things much easier for those cycling uphill, first appeared in the 1890s.
There are now approximately one billion bicycles in the world — more than twice the total
number of cars – and they are the main form of transport in some developing countries. They have to
compete with cars on the streets of all the world’s cities and two forms of transport don’t always mix
well. In London in 2005, for example, over 300 cyclists were either killed or seriously injured in
accidents involving cars. Even though bicycles are much more environmentally friendly than cars,
most governments don't do much to encourage people to ride rather than drive. In China, which is
famous for having a huge number of bicycles (about 200 million), the authorities in the city of
Shanghai even banned cycling for a while in 2003.
Cycling is on the rise in the United Kingdom, and the number of annual journeys made by
bike in London has increased 50% over the last five years. Experts say there is a mixture of reasons
for this boom: concerns about the environment, the desire to keep fit, and also the fact that cycling is
often not only cheaper but also quicker than travelling by car.
However, although one in three British adults owns a bicycle, they still don't use them nearly
as much as they could. Bikes are used for a mere 2% of journeys in the UK, while the figure for the
Netherlands is an impressive 27%.
Cycling is becoming more popular as a competitive sport, and the most famous race is of
course the three-week Tour de France, which takes place every July. American Lance Armstrong
won it every year from 1999 to 2005 --one of the greatest individual sporting achievements of all
time.
(adapted from Handouts for B2, University of Linguistics and International Studies, 2017)
8. Why didn't early bicycles look much like today's models?
A. They only had one wheel. B. The wheels were different sizes.
C. They were made of wood. D. They had machine.
9. The highlighted word "attributed" is closest in meaning to ......
A. acknowledged B. discounted( coi nhẹ, bán cổ phiếu với giá rẻ hơn)
C. rejected D. noticed
10. Which of the following is FALSE?
A. There are about one billion bicycles in the world today.
B. About 20% of the world bicycles are in China
C. More than 90% of the world's bicycles are in Africa.
D. Cycling was banned in Shanghai, China in 2003.