VnDoc. com - Tải tài liệu, văn bản pháp luật, biểu mẫu miễn phí
Trang 2/4 – mã đề 135
D. She asked her husband where he went the previous night.
Q10:
These mechanics are going to repair our car this afternoon.
A. We are going to get these mechanics repaired our car this afternoon.
B. We are going to have our car repairing by these mechanics this afternoon.
C. Our car is going to repair these mechanics this afternoon.
D. Our car is going to be repaired by these mechanics this afternoon.
Mark the letter A, B, C, or D on your answer sheet to indicate the correct answer to each of the
following questions.
Q11: The …………….. form will ask for your place of birth.
A. applicable B. applying C. applicant D. application
Q12: Christopher Columbus is said ……………. American more than 500 years ago.
A. to be discovered B. discovering
C. to have discovered D. to discover
Q13: By the end of this month I …………….. a French course.
A. will be taking B. would take C. will take D. will have taken
Q14: You can't get a well-paid job ……………..
A. if you've got experience. B. unless you've got experience.
C. in case you'd got experience. D. otherwise you got experience.
Q15: John is studying hard ……………... not to fail the next exam.
A. so as that B. in order C. so that D. in order that
Q16: We asked ………… the computer could access the Internet.
A. if only B. if not C. if D. even if
Q17: He has a very bad attitude …………… work.
A. with B. about C. towards D. in
Q18: The postman complained about …………… by Nick’s dog.
A. being attacked B. attacked C. attack D. attacking
Q19: California, along with Florida and Hawaii, …………….. among the most popular US tourist
destinations.
A. are B. have been C. were D. is
Q20: They skidded on the ice and crashed into a …………….. car.
A. big American black B. American big black
C. black big American D. big black American
Q21: A/an …………….. is someone who always believes that good things will happen.
A. pessimist B. optimistic C. optimist D. pessimistic
Q22: Stress and tiredness often lead to lack of…………….
A. concentration B. concentrator C. concentrating D. concentrate
Q23: There's going to be trouble ……………..
A. when Paul is going to find out about this.
B. when Paul found out about this.
C. when Paul will find out about this.
D. when Paul finds out about this.
Q24: I knocked on the window to …………….. her attention.
A. pay B. make C. take D. get
Mark the letter A, B, C, or D on your answer sheet to indicate the word(s) CLOSEST in meaning to
the underlined word(s) in each of the following questions.
Q25: Whatever his shortcomings as a husband, he was a good father to his children.
A. strengths B. weaknesses C. enthusiasm D. good sides
Q26: I thought I'd make use of the sports facilities while I'm here. 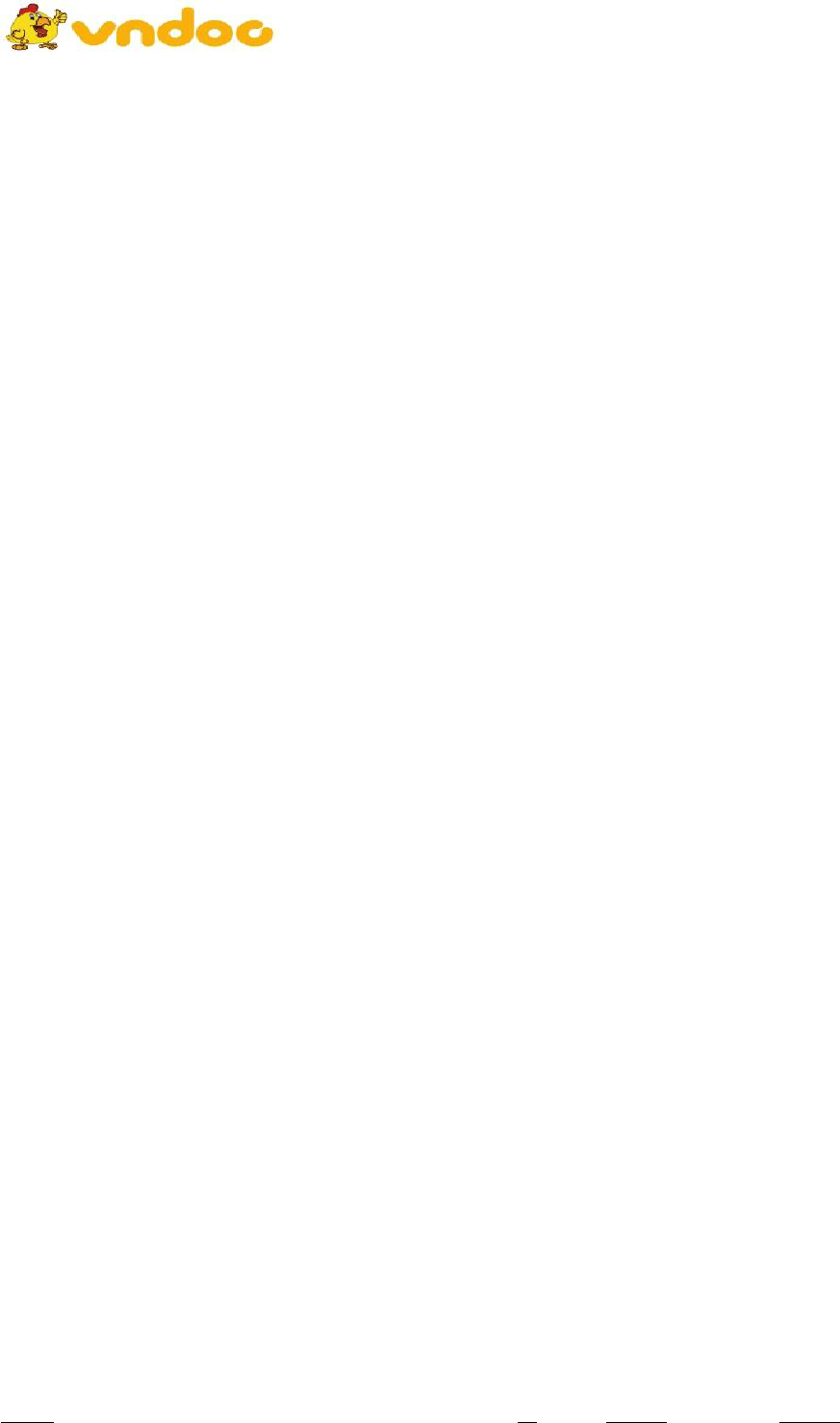 VnDoc. com - Tải tài liệu, văn bản pháp luật, biểu mẫu miễn phí
Trang 3/4 – mã đề 135
A. take part in B. get on with C. pay attention to D. take advantage of
Mark the letter A, B, C, or D on your answer sheet to indicate the word that differs from the other
three in the position of primary stress in each of the following questions.
Q27: A. employment B. position C. concentrate D. remember
Q28: A. category B. certificate C. diversity D. curriculum
Read the following passage and mark the letter A, B, C, or D on your answer sheet to indicate the
correct answer to each of the questions.
In developing countries, people are sometimes unaware of the importance of education, and
there is economic pressure from those parents who prioritize their children's, making money in the
short term over any long-term benefits of education. Recent studies on child labor and, poverty have
suggested that when poor families reach a certain economic threshold where families are able to
provide for their basic needs, parents return their children to school. This has been found to be true,
once the threshold has been breached, even if the potential economic value of the children's work
has increased since their return to school.
Other problems are that teachers are often paid less than other professions; a lack of good
universities and a low acceptance rate for good universities are evident in countries with a relatively
high population density.
India has launched EDUSAT, an education satellite that can reach remote parts of the country
at a greatly reduced cost. There is also an initiative supported by several major corporations to
develop a $100 laptop. The laptops have been available since 2007. The laptops, sold at cost, will
enable developing countries to give their children a digital education. In Africa, an "e-school
program" has been launched to provide all 600,000 primary and high schools with computer
equipment, learning materials and internet access within 10 years. Volunteer groups are working to
give more individuals opportunity to receive education in developing countries through such
programs as the Perpetual Education Fund. An International Development Agency project started
with the support of American President Bill Clinton uses the Internet to allow co-operation by
individuals on issues of social development.
Q29: In populous countries, ……………...
A. teaching is the highest-paid career
B. there are a lot of good universities
C. no other careers are better paid than teaching
D. there is a lack of good universities
Q30: How many projects are presented in the third paragraph?
A. Two B. One C. Three D. Four
Q31: According to recent studies, when parents are able to overcome their financial difficulty,
……………..
A. they have their children work even harder
B. they still make their children continue working
C. they send their children back to school
D. they themselves continue their schooling
Q32: The word who refers to ……………..
A. the parents B. the children
C. developing countries D. economic pressure
Mark the letter A, B, C, or D on your answer sheet to indicate the underlined part that needs
correction in each of the following questions.
Q33:
After nine years in Rome, Susan and Henry moved to Paris, where they lived happy ever after.
A B C D