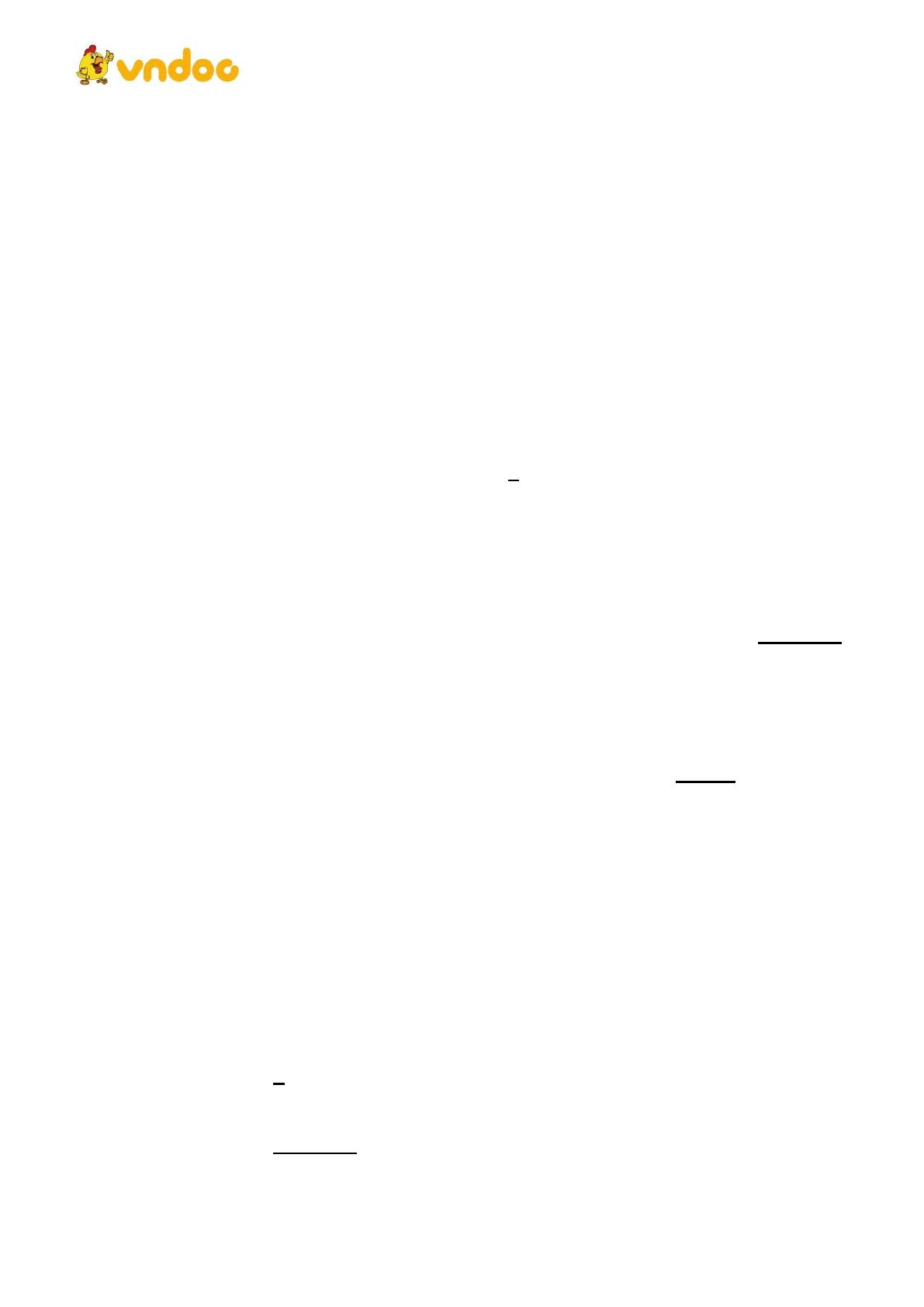 VnDoc - Tải tài liệu, văn bản pháp luật, biểu mẫu miễn phí
SƠ
̉
GD&ĐT VI
̃
NH PHU
́
C
TRƯƠ
̀
NG THPT LIÊ
̃
N SƠN
(Đề thi gồm: 05 trang)
ĐỀ KTCL ÔN THI THPT QUỐC GIA NĂM 2018-
2019
Môn: TIẾNG ANH – ĐÊ
̀
SỐ 009
Thời gian làm bài: 60 phút, không kể thời gian phát đề
Read the following passage and mark the letter A, B, C, or D on your answer sheet to indicate
the correct answer to each of the questions.
For centuries, time was measured by the position of the sun with the use of sundials. Noon
was recognized when the sun was the highest in the sky, and cities would set their clock by this
apparent solar time, even though some cities would often be on a slightly different time. Daylight
Saving Time (DST), sometimes called summer time, was instituted to make better use of daylight.
Thus, clocks are set forward one hour in the spring to move an hour of daylight from the morning
to the evening and then set back one hour in the fall to return to normal daylight.
Benjamin Franklin first conceived the idea of daylight saving during his tenure as an
American delegate in Paris in 1984 and wrote about it extensively in his essay, "An Economical
Project." It is said that Franklin awoke early one morning and was surprised to see the sunlight at
such an hour. Always the economist, Franklin believed the practice of moving the time could save
on the use of candlelight, as candles were expensive at the time.
In England, builder William Willett (1857–1915) became a strong supporter for Daylight
Saving Time upon noticing blinds of many houses were closed on an early sunny morning. Willet
believed everyone, including himself, would appreciate longer hours of light in the evenings. In
1909, Sir Robert Pearce introduced a bill in the House of Commons to make it obligatory to
adjust the clocks. A bill was drafted and introduced into Parliament several times but met with
great opposition, mostly from farmers. Eventually, in 1925, it was decided that summer time
should begin on the day following the third Saturday in April and close after the first Saturday in
October.
The U.S. Congress passed the Standard Time Act of 1918 to establish standard time and
preserve and set Daylight Saving Time across the continent. This act also devised five time zones
throughout the United States: Eastern, Central, Mountain, Pacific, and Alaska. The first time zone
was set on "the mean astronomical time of the seventy-fifth degree of longitude west from
Greenwich" (England). In 1919, this act was repealed.
President Roosevelt established year-round Daylight Saving Time (also called War Time)
from 1942–1945. However, after this period, each state adopted its own DST, which proved to be
disconcerting to television and radio broadcasting and transportation. In 1966, President Lyndon
Johnson created the Department of Transportation and signed the Uniform Time Act. As a result,
the Department of Transportation was given the responsibility for the time laws. During the oil
embargo and energy crisis of the 1970s, President Richard Nixon extended DST through the
Daylight Saving Time Energy Act of 1973 to conserve energy further. This law was modified in
1986, and Daylight Saving Time was reset to begin on the first Sunday in April (to spring ahead)
and end on the last Sunday in October (to fall back).
Question 01: The word “it” in paragraph 2 refers to__________.
A. Franklin’s idea of daylight saving B. Franklin's first conception
C. Franklin’s first official tenure D. Franklin’s delegation
Question 02: The word “obligatory” in paragraph 3 is closest in meaning to__________.
A. imperative B. approved C. deficient D. peculiar
Question 03: Who opposed the bill that was introduced in the House of Commons in the early
1900s?
A. Sir Robert Pearce 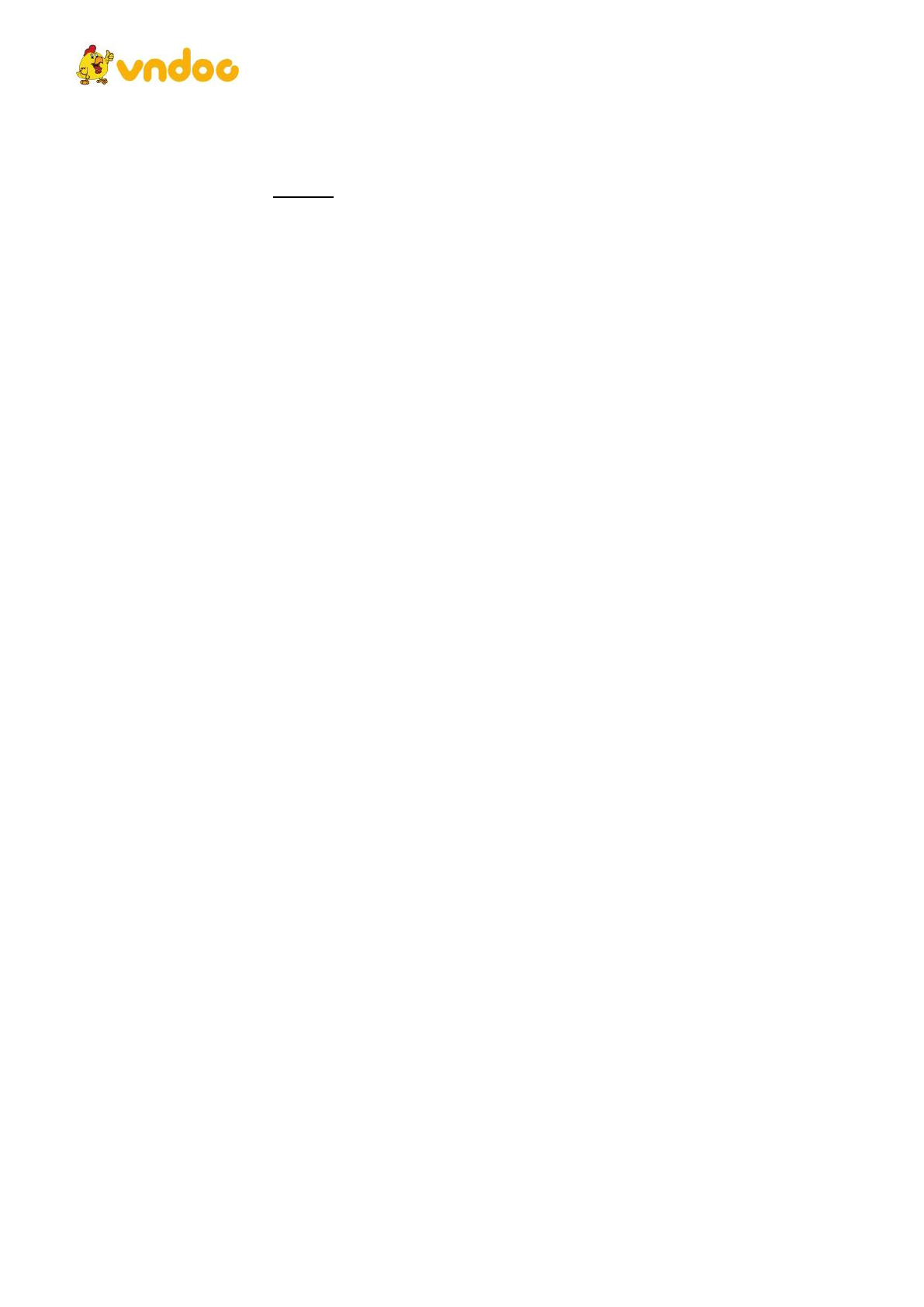 VnDoc - Tải tài liệu, văn bản pháp luật, biểu mẫu miễn phí
B. television and radio broadcasting companies
C. farmers
D. the U.S. Congress
Question 04: The word “devised” in paragraph 4 is closest in meaning to__________.
A. divided B. invented C. ordered D. adapted
Question 05: Which of the following statements is true of the U.S. Department of Transportation?
A. It was created by President Richard Nixon.
B. It set standards for DST throughout the world.
C. It constructed the Uniform Time Act.
D. It oversees all time laws in the United States.
Question 06: The Daylight Saving Time Energy Act of 1973 was responsible for__________.
A. extending Daylight Saving Time in the interest of energy conservation
B. preserving and setting Daylight Saving Time across the continent
C. instituting five time zones in the United States
D. conserving energy by giving the Department of Transportation authority over time laws
Question 07: Which of the following would be the best title for this passage?
A. Lyndon Johnson and the Uniform Time Act
B. The History and Rationale of Daylight Saving Time
C. The U.S. Department of Transportation and Daylight Saving Time
D. Daylight Saving Time in the United States
Mark the letter A, B, C, or D on your answer sheet to indicate the correct answer to each of the
following questions.
Question 08: You have to study hard to_________ your classmates.
A. keep pace with B. get in touch with C. catch sight of D. look out for
Question 09: There are many people_________ lives have been spoilt by that factory.
A. whom B. who C. whose D. when
Question 10: He_________ for that company since he arrived here.
A. has been worked B. has worked
C. had been working D. was working
Question 11: Nobody seemed to be interested in the news. It was greeted with a lack
of_________.
A. enthusiastic B. enthusiasm
C. enthusiastically D. enthusiast
Question 12: Many plants and endangered species are now endangering of_________.
A. expression B. expulsion C. extinction D. extension
Question 13: The article analyzes the impact of the tax based_________ real estate prices and
sales.
A. in B. on C. at D. with
Question 14: “I think Jane is at home”_ “No, she_________ be at home, for she phoned me from
the airport just ten minutes ago.”
A. mustn’t B. needn’t C. can’t D. won’t
Question 15: She is wearing a_________ dress. She is said to be the most beautiful girl in the
party.
A. short pink wedding B. pink wedding short
C. wedding pink short D. pink short wedding
Question 16: Mary will have finished all her work_________.
A. as soon as her boss returned B. until her boss will return
C. by the time her boss returns D. when her boss will return 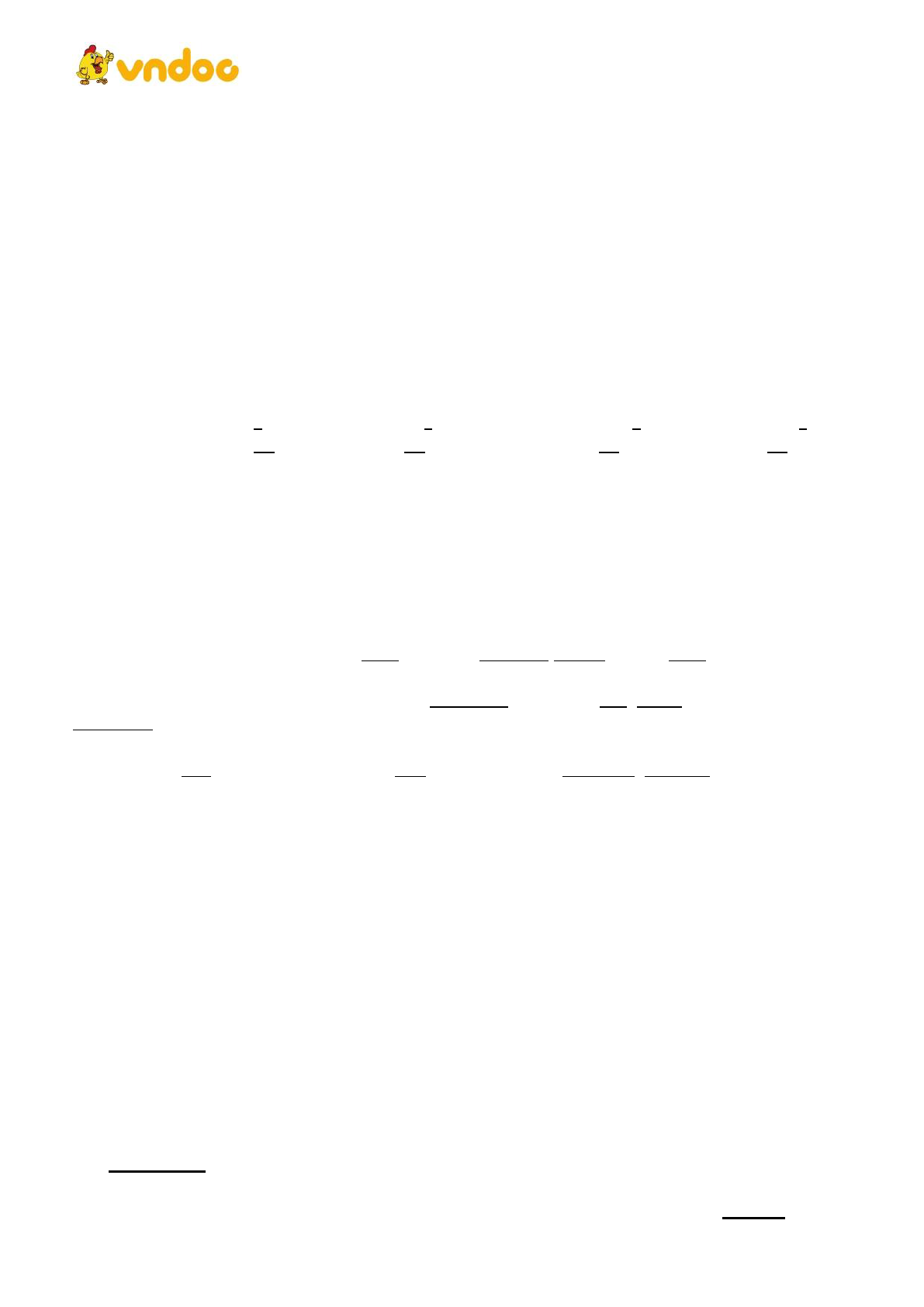