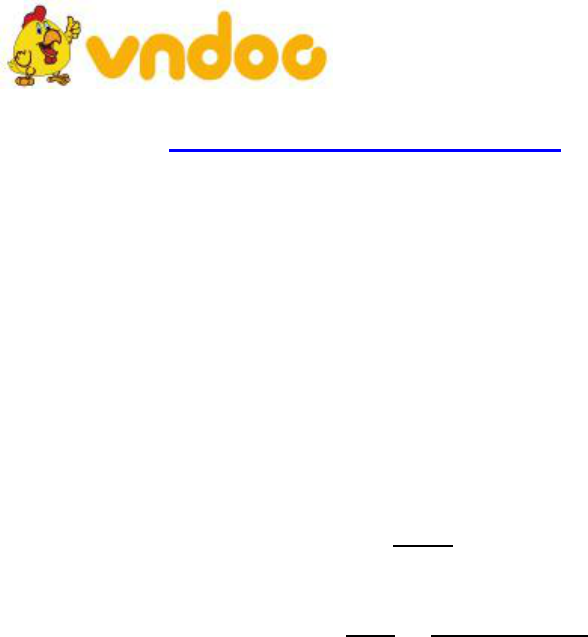 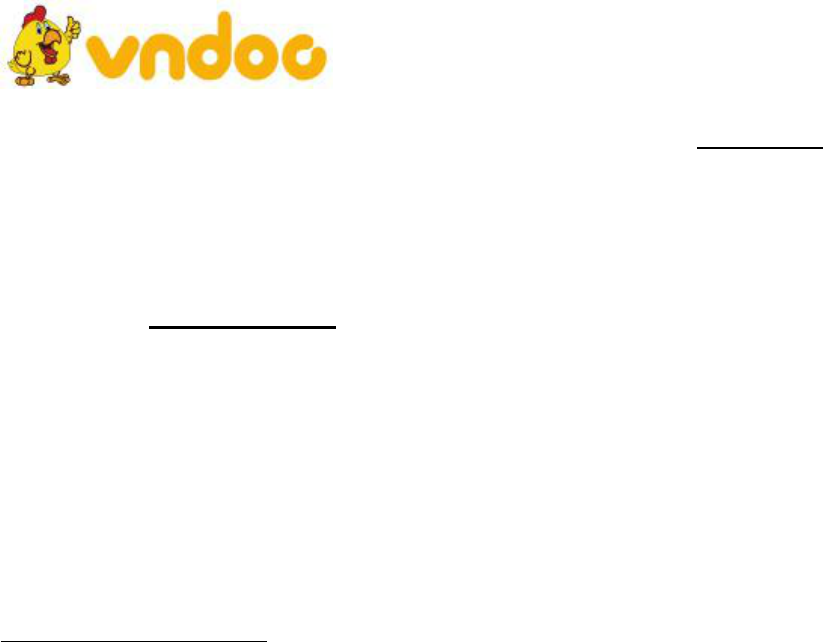 VnDoc - Tải tài liệu, văn bản pháp luật, biểu mẫu miễn phí
Question 7: Sheila rings her boy friend every day; she must be running up a huge phone
bill.
A. saving up B. owing to C. being a debtor D. having to pay
Question 8: Before the crisis, most people had plenty of crash to spend, but now they
have had to tighten their belt.
A. spend less money B. to keep fit C. to deposit money D. to lose weight
Read the following passage and mark the letter A, B, C, or D on your answer sheet to
indicate the correct word or phrase that best fits each of the numbered blanks.
THE JOY OF WORDS
Cressida Cowell is the author of the widely-praised How To Train Your Dragon series of
children’s books. She spent her own childhood holidays on a remote island, where she was
left very much to her own ...(9).... As a result, she became an avid reader, entertaining herself
with books and developing a fervent imagination. She even ...(10)... up her own secret
languages.
Cowell believes that today’s children still have a real ear for language, even though their
attention span may not be as great as in her day, making them less tolerant of long
descriptive passages in stories. Her books are outlandish and exciting, with vivid imagery,
cliffhangers and eye-catching illustrations. Dragons seem to ...(11)... to children of all
nationalities, who also seem to ...(12)... with her protagonist, Hiccup, quite easily. Hiccup’s
a boy who battles his way through life’s problems, often against the ...(13)....
Cowell is currently planning an illustrated book for teenagers. In her own words, she
enjoys breaking the ...(14)... and finds that kids are open-minded enough to accept this.
[From EXPERT PROFICIENCY, Student's Book, Oxford, 2015]
Question 9:A. pastimes B. hobbies C. entertainments D. devices
Question 10:A. invented B. imagined C. dreamt D. created
Question 11:A. attract B. appeal C. entice D. engage
Question 12:A. respond B. relate C. warm D. identify
Question 13:A. downsides B. odds C. hardships D. worries

VnDoc - Tải tài liệu, văn bản pháp luật, biểu mẫu miễn phí
Question 14:A. barrier B. mould C. boundary D. limit
Mark the letter A, B, C, or D on your answer sheet to indicate the correct answer to
each of the following questions.
Question 15: Ben won first......in the art competition.
A. prize B. medal C. reward D. benefit
Question 16: One of the most difficult decisions young adults face is what to do for
a(n)..........
A. work B. lifestyle C. living D. existence
Question 17: Is Heather........the hotel reservations for us?
A. being made B. to be making C. to be made D. going to make
Question 18: I think it’s safer to go on a package.......than make my own travel
arrangements.
A. travel B. journey C. cruise D. holiday
Question 19: The minimum.........for the post was a degree in education.
A. requiring B. required C. require D. requirement
Question 20: "I wouldn’t buy that dress if I were you; it isn’t in..... ~ "You’re right, it
probably doesn’t suit me either."
A. fashion B. mode C. style D. trend
Question 21: I'm not completely..........with the way the hairdresser styled my hair.
A. satisfied B. satisfying C. satisfyingly D. satisfaction
Question 22: The wind was blowing so hard that we found it impossible to.........our tent.
A. build B. raise C. make up D. put up
Question 23: If you work at a reception desk, you can’t.......wearing casual clothes.
A. get out of B. get round to C. get into D. get away with
Question 24: The lecture was so boring that John could hardly keep himself.......asleep.
A. of falling B. to falling C. from falling D. in falling
Question 25: No one won the match; the final result was a(n)......
A. draw B. equal C. score D. drawing