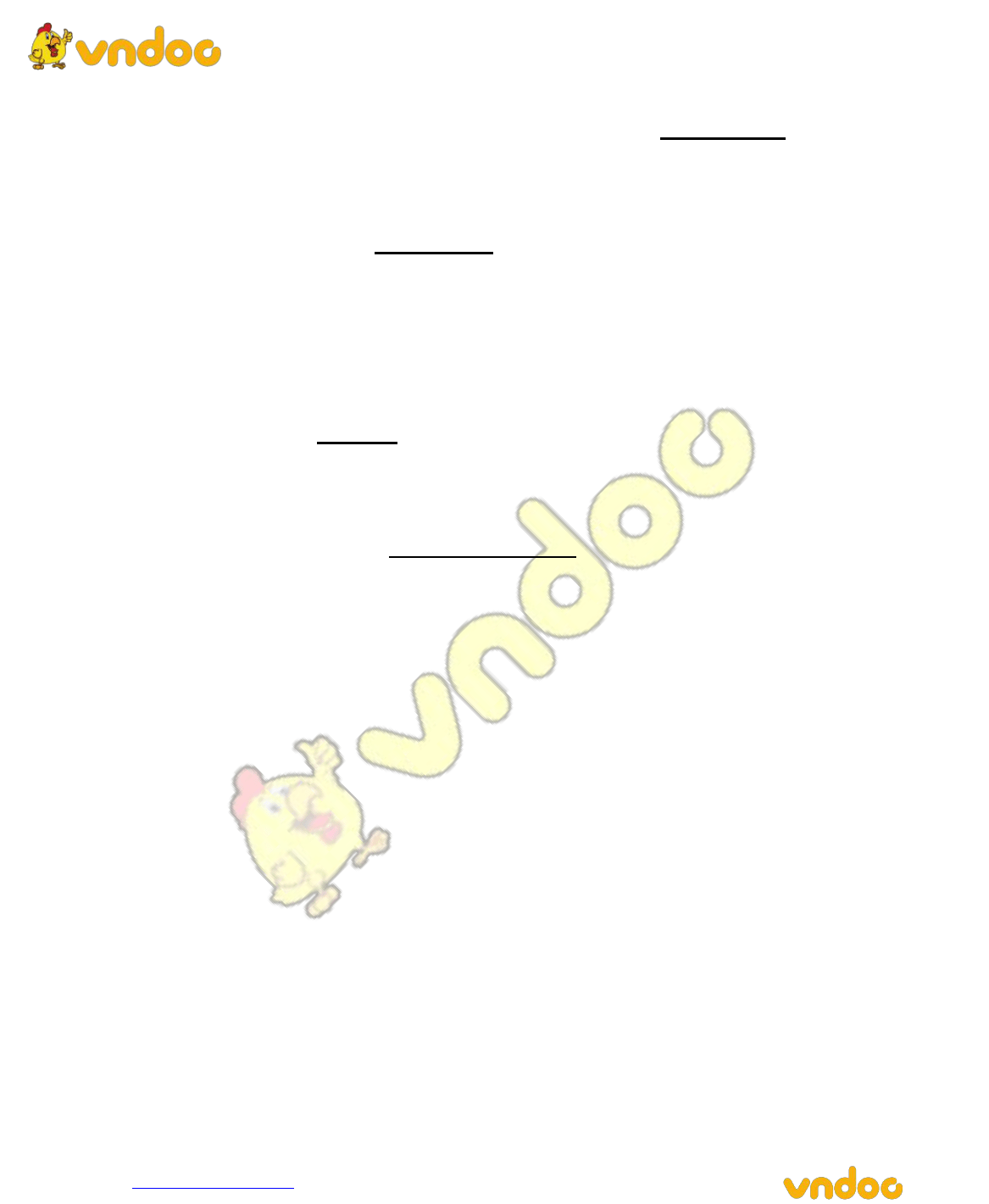 Thư viện Đề thi - Trắc nghiệm - Tài liệu học tập Miễn phí
Trang chủ: https://vn doc.c om/ | Email hỗ trợ: hotro@vndoc.com | Hotline: 024 2242 6188
Question 20: The protesters were angry with the council’s plan to do away with a lovely old
building and put a car park there instead.
A. destroy B. replace C. remain D. keep
Question 21: There are many TV commercials which distracting viewers from watching their
favorite films.
A. economics B. businesses C. contests D. advertisements
Mark the letter A, B, C or D to indicate the word(s) OPPOSITE in meaning to the underlined
word(s) in each of the following questions.
Question 22: Many people perished in the Kobe earthquake because they were not prepared
for it.
A. survived B. departed C. lost their lives D. declined
Question 23: The writer was really hot under the collar when his novel was mistaken for
another.
A. angry B. worried C. calm D. curious
Mark the letter A, B, C, or D on your answer sheet to indicate the sentence that best
completes each of the following exchanges
Question 24:
Mai and Lan are friends.Lan asks Mai about Mai's plan. Select the most
suitable response to fill in the blank.
Lan: “Are you going to see the live show by Son Tung today?”
Mai: “__________”.
A. Yes, I enjoyed it very much B. Maybe I'll be out
C. Yes, I'm going to stay in D. I think so
Question 25:
Mary invited her friend, Sarah, to have dinner out that night and Sarah
accepted. Choose the most suitable response to fill in the blank in the following exchange.
Mary: “Shall we eat out tonight?” - Sarah: “___________.”
A. It's kind of you to invite B. You are very welcome
C. That's a great idea D. That's acceptable