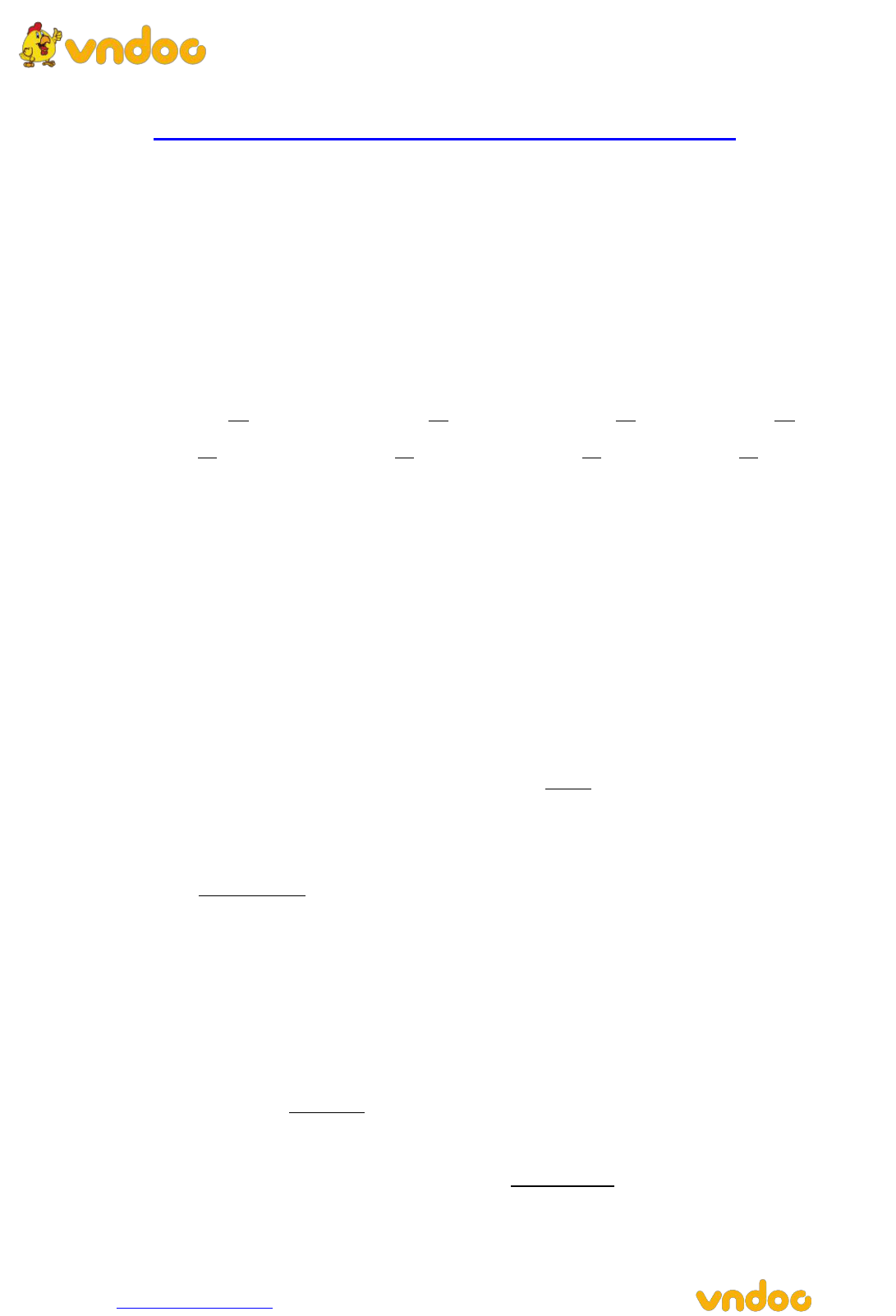 Thư viện Đề thi - Trắc nghiệm - Tài liệu học tập Miễn phí
Trang chủ: https: // vndoc .co m/ | Email hỗ trợ: hotro@vndoc.com | Hotline: 024 2242 6188
A. by far B. by heart C. by chance D. on purpose
Read the following passage and blacken the letter A, B, C, or D on your
answer sheet to indicate the correct answer to each of the questions.
Columbus crossed the Atlantic Ocean three times. His first voyage brought him
fame and popularity - he discovered a new continent. But he had enemies who wanted to
get rid of him. On his second voyage the Government of the country that Columbus
himself discovered threw him into prison.
He was sent back to Spain as a prisoner. But Columbus succeeded in proving that
the lies his enemies spread about him were untrue, and the Spanish Government gave him
four ships to start on a new voyage. But this third voyage was unfortunate from the
beginning. The ships were met by terrible storms and the time he reached the shores of
Haiti, Columbus lost three of them. The remaining ship was about to go down when
Columbus reached the island.
It took Columbus almost a year to return to Spain. He was unhappy, disappointed
and broken in health. Worst of all, everyone forgot his achievements. He died in poverty
in 1506 without knowing that he discovered a new world. Before Columbus died, another
traveller named Amerigo Vespussi returned to Spain. He travelled along the coast of the
land that Columbus discovered, and he proved that it was not the coast of India, as
Columbus thought, but unknown continent.
For a long time the new continent was called the New World. But at last, they
decided to name it America, in honour of Amerigo, whose voyage showed it was not
India. America was discovered by Columbus in 1492. It was named America in 1506, the
year in which Columbus died.
Question 9. Columbus was famous and popular for.......
A. his three voyages B. discovering a new world
C. having many enemies D. being thrown into prison
Question 10. When he returned to Spain, Columbus lived.......
A. very happily B. in good health
C. in poverty D. a better life
Question 11. Columbus died in 1506 without knowing that he himself......
A. had reached a new continent Thư viện Đề thi - Trắc nghiệm - Tài liệu học tập Miễn phí
Trang chủ: https: // vndoc .co m/ | Email hỗ trợ: hotro@vndoc.com | Hotline: 024 2242 6188
B. had discovered the coast India
C. showed the world the unknown continent
D. proved the new land to be America
Question 12. Which of the following is NOT true according to the passage?
A. Columbus thought he had come to the coast of India.
B. People did not recognize Columbus' achievement.
C. The new continent was named after Amerigo.
D. The new continent was discovered by Amerigo.
Question 13. The phrase "in honour of” used in the last paragraph mostly means.......
A. in order for something to be done
B. in order to show admiration for
C. in terms of someone's honour
D. on account of someone's honour
Read the following passage and blacken the letter A, B, C or D on your
answer sheet to indicate the correct word for each of the blanks
As a child, Phong always dreamt of going (14) ______ to study. After he graduated from
high school, his parents sent him over to New Zealand to attend college. Phong was very
happy that his dream finally (15) ______ true.
When he first arrived in the country, Phong’s English was not very good and
sometimes he did not (16) ______ what other people said. He also had difficulties in class
because he was not familiar with the new teaching and learning method. He felt lonely in
this new place, and missed all his buddies in Viet Nam. The food there was so different
(17) ______ what his mum used to cook for him. And for the first time in his life, Phong
had to think about his finances, and to plan his spending carefully. But Phong was young
and enthusiastic. He learnt to adapt to this new environment. After two years, Phong is
now very fluent in English and has achieved the top academic award at his school. He has
a lot of friends from different countries. He is even good (18) ______ being able to earn
money for his daily needs from his part-time job at a restaurant.
Question 14. A. travelling B foreign C. up D abroad
Question 15. A. become B. came C. turned D. come