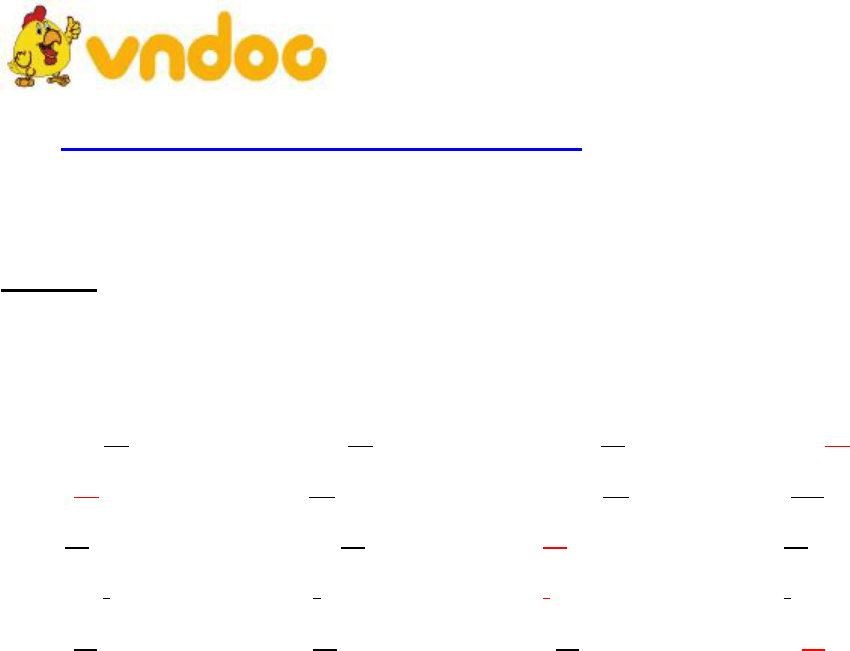 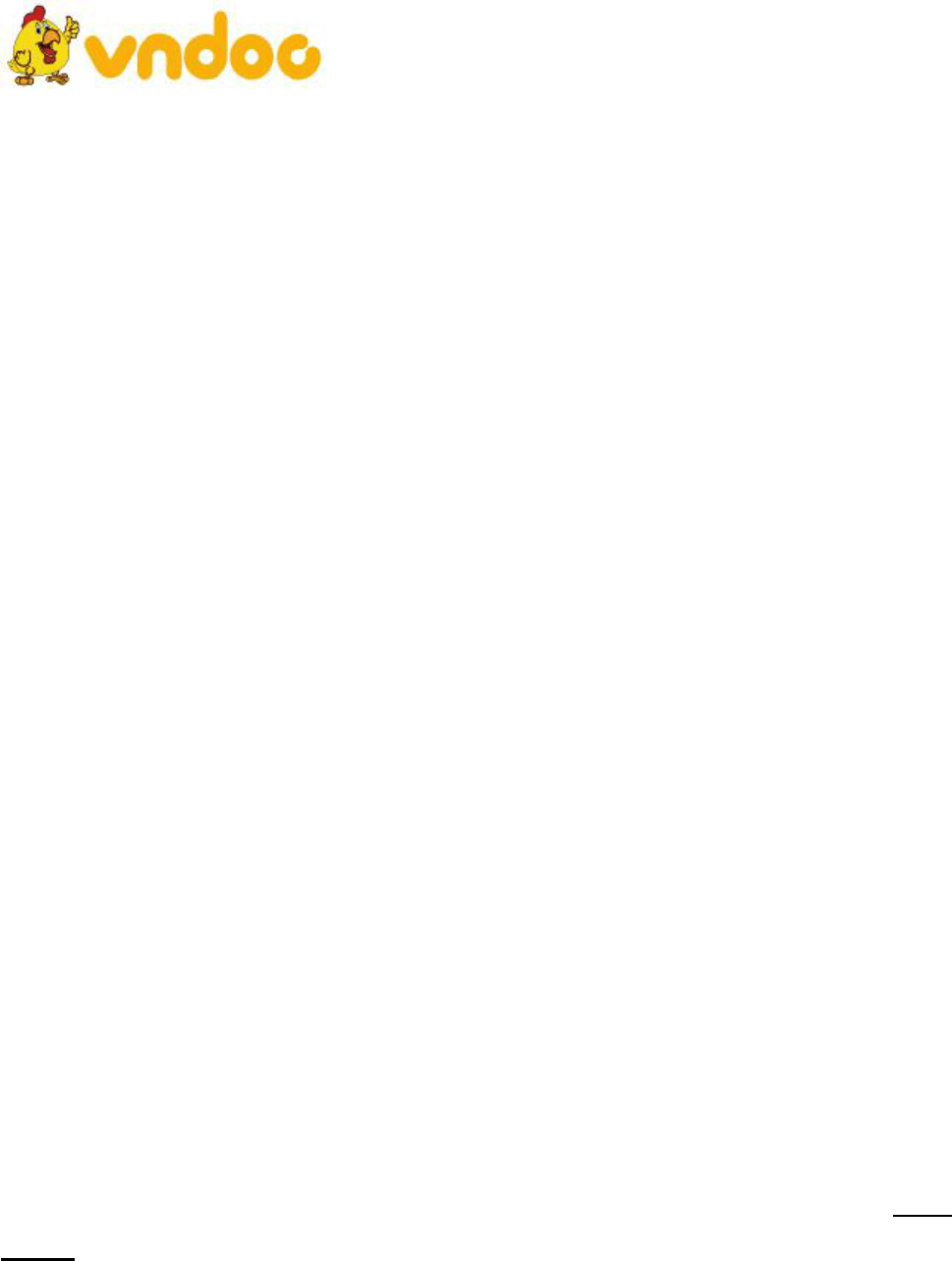 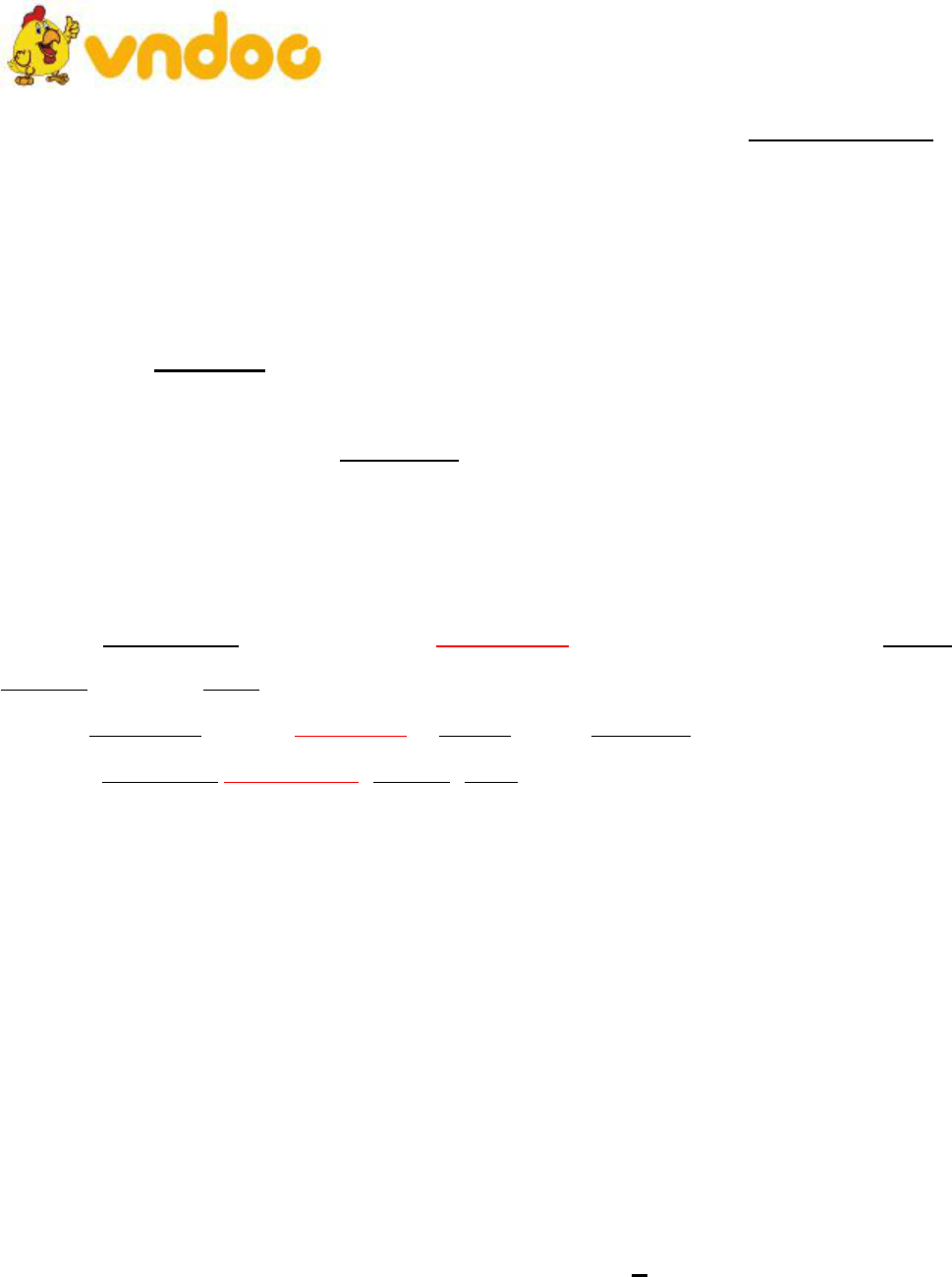 VnDoc - Tải tài liệu, văn bản pháp luật, biểu mẫu miễn phí
21. As tourism is more developed, people worry about the damage to the flora and fauna of
the island.
A. mountains and forests B. plants and animals C. fruits and vegetablesD. flowers and trees
Mark the letter A, B, C, or D on your answer sheet to indicate the word or phrase that is
OPPOSITE in meaning to the underlined part in each of the following questions.
22. We had an accidental meeting with an old friend at the party last night.
A. expected B. unlucky C. unpleasant D. unacceptable
23. He told us to write a letter of acceptance as soon as possible.
A. invitation B. refuse C. refusal D. invite
Mark the letter A, B, C, or D on your answer sheet to show the underlined part that needs
correction in each of the following questions.
24. Since poaching (A) is becoming more seriously (B), the government has imposed stricter
laws (C) to prevent it (D).
25. You are not (A) allowed fishing (B) in the (C) stream in the (D) National Park.
26. Trees usually (A) are grown (B) well (C) in (D) this soil.
Read the following passage and mark the letter A, B, C, or D on your answer sheet to
indicate the correct answer to each of the questions.
The Saola, one of the world's rarest mammals, is a forest-dwelling bovine found only in
the Annamite ranges of Vietnam and Laos. The species was first discovered in Vietnam in
1996 in Huong Thuy district of Thua Thien-Hue.
Le Ngoc Tuan, director of the reserve in Thua Thien – Hue province, said his
organization carried out a survey from November 1996 to February 1997 in A Luoi, Nam
Dong, Huong Thuy, Huong Tra and Phong Dien districts. The survey showed that the rare
mammal appeared in 19 communes in those districts. Officials also collected 27 pairs of
horns and skulls. Mr. Tuan said “The Saola is at a high risk of being hunted and will panic if
it sees hunting dogs in the woods.” Since its discovery, it is believed to have rapidly
declined in the face of ever-increasing human presence, although the actual size of the