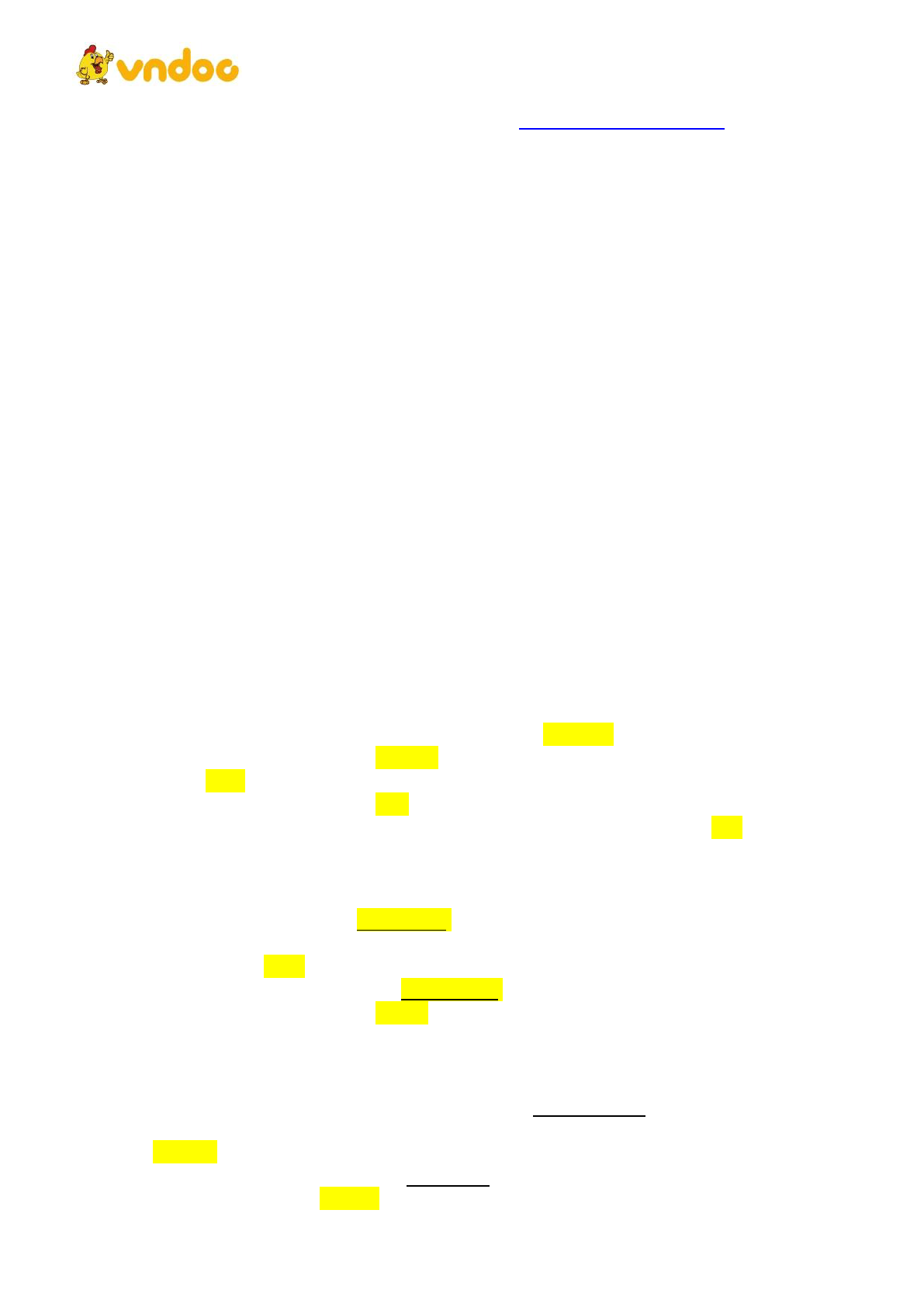 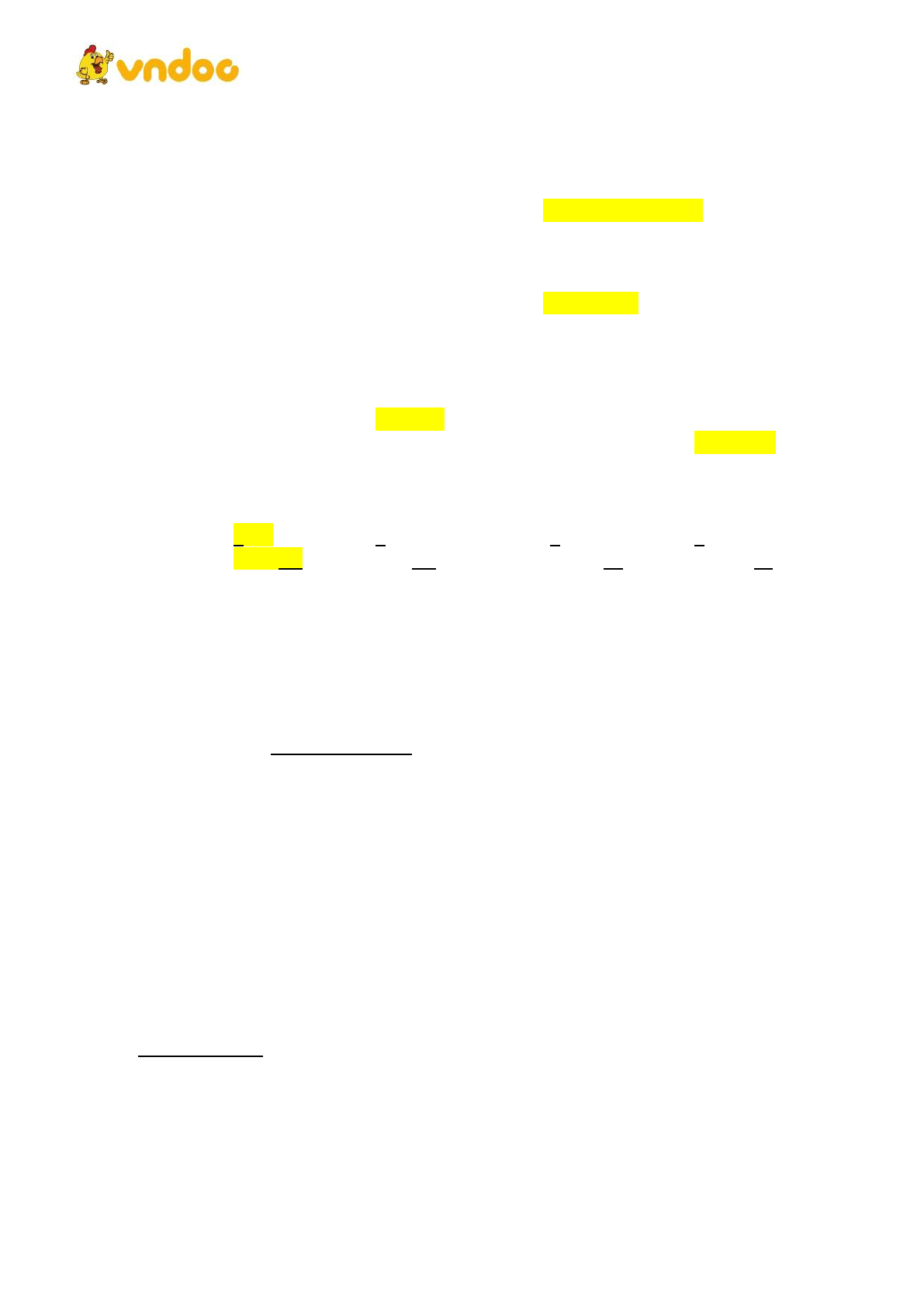 VnDoc - Tải tài liệu, văn bản pháp luật, biểu mẫu miễn phí
Mark the letter A, B, C or D on your answer sheet to indicate the sentence that best completes
each of the following exchanges.
Question 10. Minh: “My first English test was not as good as I expected.” - Thomas:
“__________.”
A. Good Heavens! B. Never mind. Better job next time!
C. That‟s brilliant enough. D. It‟s okay. Don‟t worry.
Question 11. Susan: “___________.” - Peter: “No, thanks. I‟m not
hungry.”
A. Do you like eating cookies? B. Would you like some cookies?
C. Do you have any cookies? D. Are cookies your favorite snacks?
Mark the letter A, B, C or D on your answer sheet to indicate the word that differs from the
other three in the position of primary stress in each of the following questions.
Question 12:
A. household
B. concern
C. garbage
D. conflict
Question 13:
A. confidence
B. maximum
C. applicant
D. computer
Mark the letter A, B, C or D on your answer sheet to indicate the word whose underlined part
differs from the other three in the pronunciation in each of the following questions.
Question 14:
A. area
B. arrange
C. arrive
D. arise
Question 15:
A. reduced
B. caused
C. damaged
D. preserved
Read the following passage and mark the letter A, B, C, or D on your answer sheet to indicate
the correct answer to each of the questions from 16 to 21.
Our carbon footprint is the estimated amount of carbon dioxide (CO
2
) given off as we go
about our daily lives. While the global average carbon footprint is about 4 metric tons per person
each year, Americans contribute approximately 20 metric tons of greenhouse gas per person each
year. Compared to other countries, even those who use the least amount of energy in the US - for
example, a person who lives off the grid - still contribute double the carbon emissions than the
global average per person. And, not surprisingly, a person's carbon footprint increases in size as
his or her income increases. So, the less you spend, the more environmentally friendly you are.
How is it possible that people in the US who live simple lifestyles, e.g., children or the
homeless, make such large contributions to greenhouse gas emissions? The answer is simple:
Each US citizen has access to various basic government services such as firefighting and police
departments, road and bridge repair, libraries, jails and prisons, the military, etc. When these
public services are divided equally among the entire US population, it significantly raises the
carbon footprint per person. In fact, according to a study conducted by the Massachusetts Institute
of Technology, the lowest carbon footprint that can be calculated for a person living in the US is
8.5 metric tons. And shockingly, this carbon footprint corresponds to a homeless person who
sleeps in public shelters and eats in soup kitchens. While it is admirable to make changes in
lifestyle to reduce a carbon footprint, in reality, it is very difficult to do. The MIT study revealed
that a "rebound effect" occurred when someone made an effort to reduce his or her carbon
footprint. Take the example of a person who made the deliberate choice to buy a hybrid car
instead of a large SUV to save money on gas costs. Very often that person would use the money
he or she saved to do something else, e.g., take a long airplane trip. In this ease, just one long
airplane trip produces more CO
2
emissions than driving the large SUV for a year. This ends up
having a negative impact on a person's carbon footprint by making it bigger!
Can Americans reduce their carbon footprints? According to the study, it is possible, but it
would require lifestyle changes such as giving up long-distance travel and buying fewer
smartphones, tablets, and MP3 players that have large energy costs to produce and deliver. 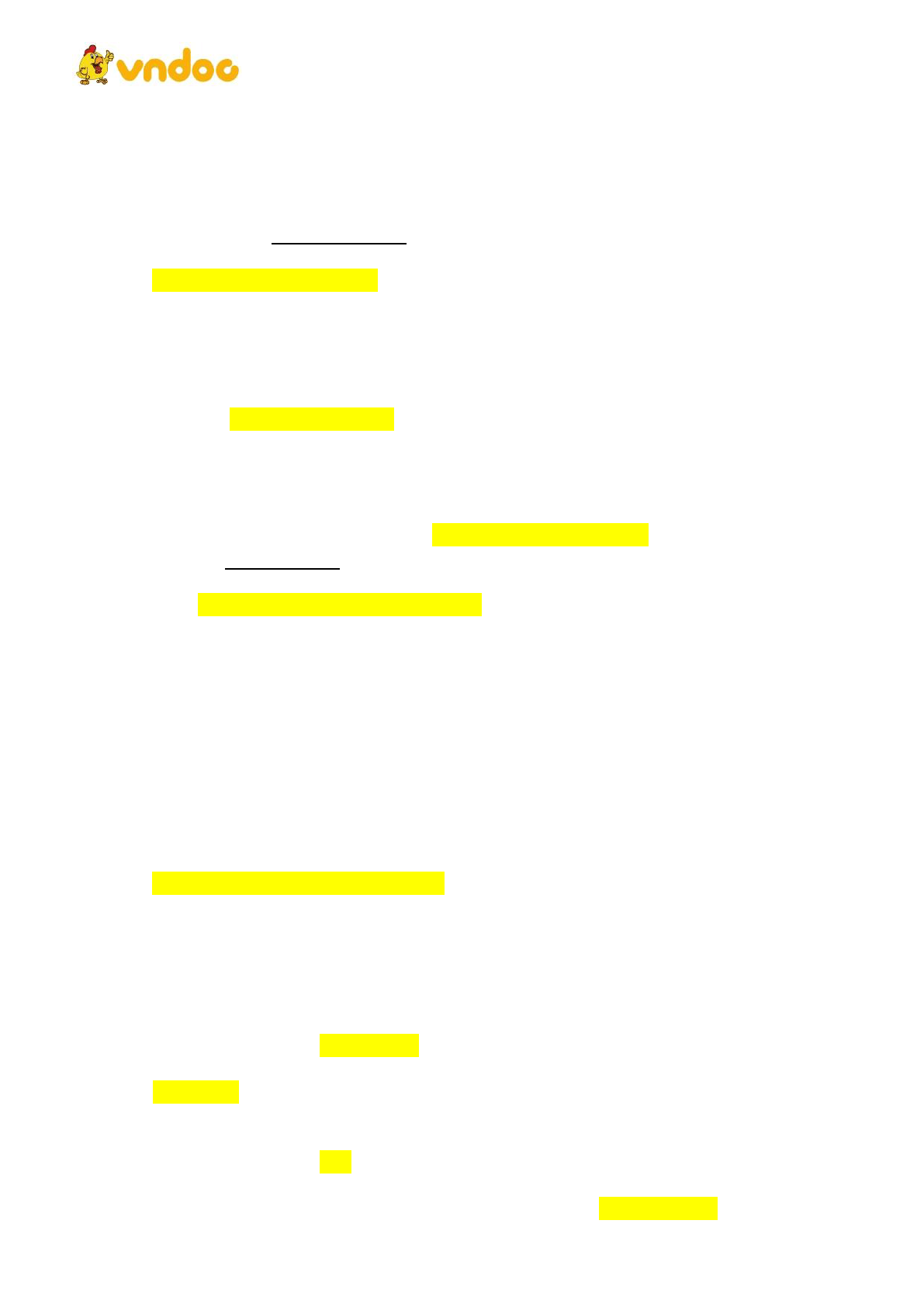