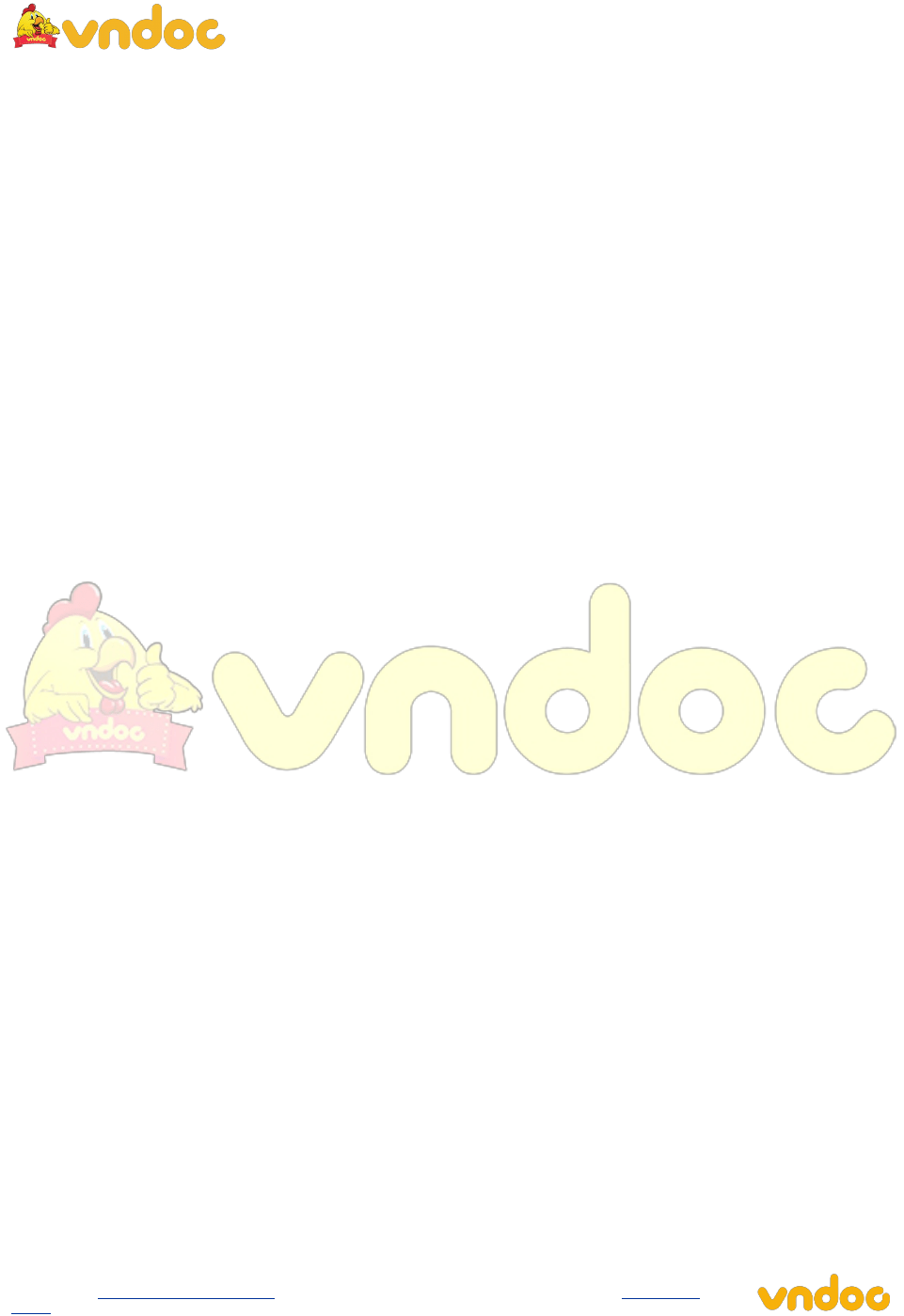 Thư viện Đề thi - Trắc nghiệm - Tài liệu học tập miễn phí
Trang chủ: h t t p s : / / v n d o c . c o m / | Email hỗ trợ: hotro@vndoc.com | Hotline: 0 2 4 2 2 4 2
6 1 8 8
D. cooked
Exercise 4: Choose the underlined word or phrase A, B, C or D that needs
correcting
1. Legends (A) relate to (B) history because (C) they are based on history (D) events and
heroes.
2. Because breathing (A) is something we do automatically (B), so (C) we rarely (D)
think about it.
Exercise 5: Write the correct tense or form of the verbs in brackets
1. Do Son Buffalo Fighting Festival ____________(hold) every year on the 9th day of
the eighth lunar month.
2. ____________(you/ watch) this programme or can I turn the TV off?
3. What ____________(you/do) when you’ve spent all your money?
Exercise 6: Read the text carefully, and then choose the correct answer
According to Irish folklore a man named Jack, well known for his drunkenness and quick
temper, got very drunk at a local pub on All Hallows Eve. He met the Devil outside the
pub because the Devil wanted his soul. Jack asked him one more drink but he didn’t have
the money to pay. So he convinced the Devil to turn himself into a coin and Jack put it
into his wallet that had a silver cross that caught the Devil. Jack agreed to free the Devil
under one condition: he should let him live for another year. The Devil accepted.
The following year the Devil reappeared and asked Jack to accompany him. Jack told the
Devil to take an apple from a tree; when the Devil climbed up, Jack carved a cross on the
tree and the Devil was trapped again. This time Jack asked the Devil ten more years of
life in exchange for his freedom; again the Devil had to accept.
Soon after, Jack died. God would not allow such an unsavory figure into heaven. The
Devil kept his word not to claim his soul, would not allow Jack into hell. He sent Jack off
into the dark night with only a burning coal to light his way. Jack put the coal into a
carved-out turnip and has been roaming the Earth with ever since. The Irish began to
refer to this ghostly figure as “Jack of the Lantern,” and then, simply “Jack O’Lantern.”
The Irish used to carve turnips or beets as Jack’s lanterns and place them into windows or
near doors to frighten away evil spirits on Halloween night. When they emigrated to the
USA, they brought their traditions with them. They couldn’t find turnips in America but
they found a lot of pumpkins which were suitable substitutes to make a JackO’Lantern;
since then, pumpkins are an essential part of Halloween celebrations.