VnDoc - Tải tài liệu, văn bản pháp luật, biểu mẫu miễn phí
ĐỀ THI HỌC KÌ 1 LỚP 8 NĂM HỌC 2018 - 2019
MÔN TIẾNG ANH
A. LISTENING
I. Listen to the conversation about living in the countryside in Japan. Circle A, B or C
to answer each question. You will listen TWICE.
1. Where is Sam living now?
A. in England B. in Japan C. in Europe
2. What does he like about the village?
A. the mountains B. the ocean C. the pollution
3. How does he feel about the people in the village?
A. difficult B. friendly C. easy
4. Which among these is true about Sam's attitude towards the weather in the village?
A. He likes it very much.
B. He thinks it is comfortable.
C. He hates it.
5. What is the most unusual about the village in Sam's opinion?
A. There are many snakes.
B. All snakes are green.
C. Snakes like to stay in his office.
II. Listen to Amy talking about British unusual festivals. Match the festival with its
correct information. You will listen TWICE.
1. Pancake Festival
A. The winner gets lots of lettuce.

VnDoc - Tải tài liệu, văn bản pháp luật, biểu mẫu miễn phí
2. Who can pull the ugliest face?
B. The festival ends with a massive firework
display.
3. World Championship Snail Racing
C. Frying pans can’t be lacked in this festival.
4. Cheese rolling festival
D. The festival takes place down the hills.
5. Burning the Clocks Festival
E. The winner had no teeth.
B. READING
I. Read the passage and decide whether the sentences are true (T) or false (F). Circle
T or F.
In the past few decades, the countryside has experienced lots of changes. Because of
population growth, more products are needed. Therefore, more factories have been
constructed, and young people have more choice of jobs apart from becoming farmers.
When big cities have become more and more polluted, the fresher atmosphere in the
countryside attracts more people. Rich people who live in the city for their work often buy
a second home in the countryside to spend their weekend and holiday. As a result, the
countryside is no longer a small community of rural people. In fact, in many parts of the
countryside, there are urban people from nearby cities. Additionally, the introduction of the
internet creates more opportunities for increasing rural people's knowledge. Many farmers
have used machines for tasks that used to be done by hand, which helps them save labour.
In the near future, it is expected that the countryside will gradually become more similar to
big cities.
1. The passage is about changes in the countryside. T F
2. Young people in the countryside can only become farmers. T F
3. Some people working in the city stay in the countryside at the weekend. T F
4. People in the countryside don't use the internet. T F
5. In the near future, there will be no difference between country life and city life T F 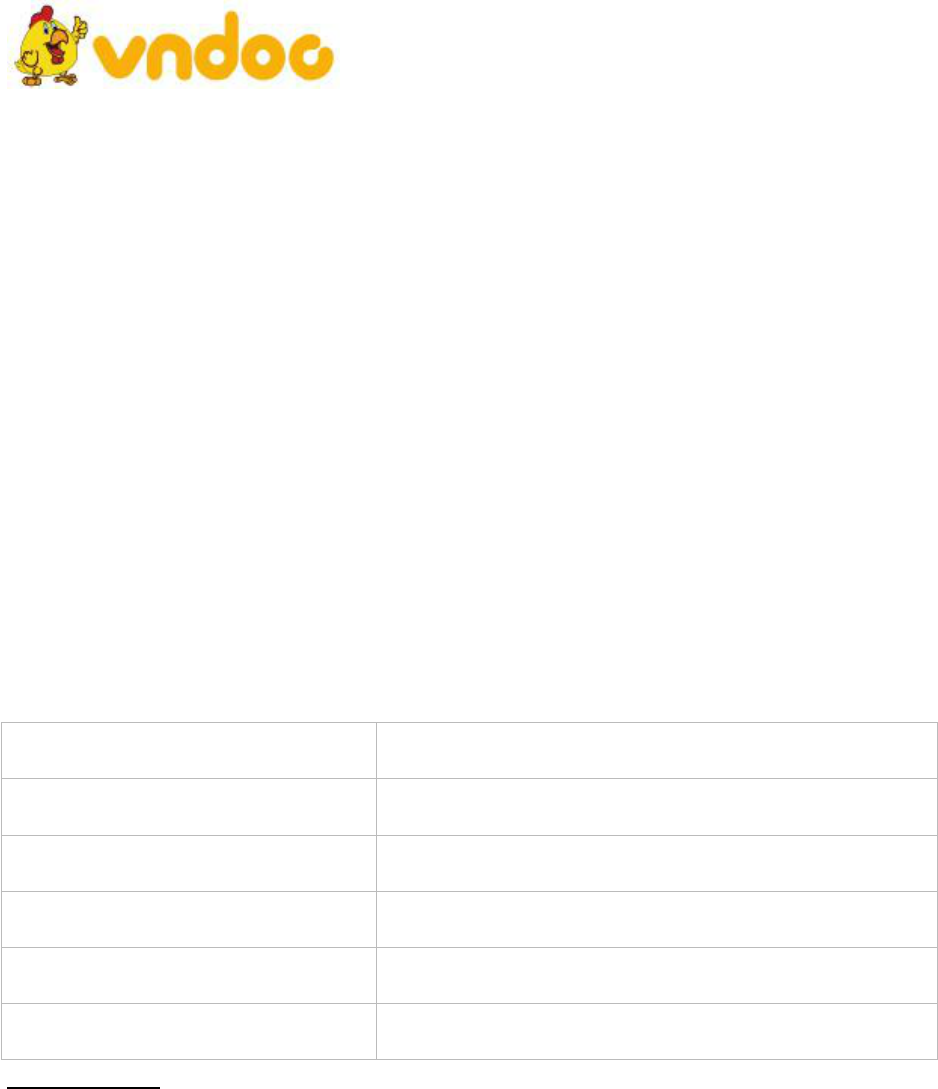 VnDoc - Tải tài liệu, văn bản pháp luật, biểu mẫu miễn phí
II. Read the following text about leisure activities of Vietnamese teenagers. Match the
words in A with their meanings in B.
A recent survey conducted by TIRA, a Vietnamese research company, highlights problems
about the lifestyles of Vietnamese teenagers in urban areas. There is an imbalance in their
consumption of time for studying and recreational activities. On average, these teenagers
spend 9.5 hours a day on studies at school and at home. They only have about four hours for
entertainment. Most of this time is spent on watching television and the internet, where they
chat through social networks. The teenagers admit that they use computers to play games
and to chat with friends much more than using it for studying purposes. The survey also
shows that during summer months, despite having much more free time than during school
years, these teenagers still fail to manage their time properly. They stay in bed longer, and
then get hooked on games and TV. The time for computers and TV increases significantly
to about five or six hours a day, while there is almost no time for physical outdoor activities.
A
B
1. highlight
A. a lack of proportion or relation between things
2. imbalance
B. agree, often unwillingly, that something is true
3. admit
C. a lot/to a great extent
4. manage
D. draw attention to
5. significant
E. control
C. WRITING
I. Complete the second sentence so that it means the same as the first. Use the word in
brackets. You can’t change the word.
Here is an example.
0. The bookshop is opposite the library.
__________________ a bookshop opposite the library. (THERE)