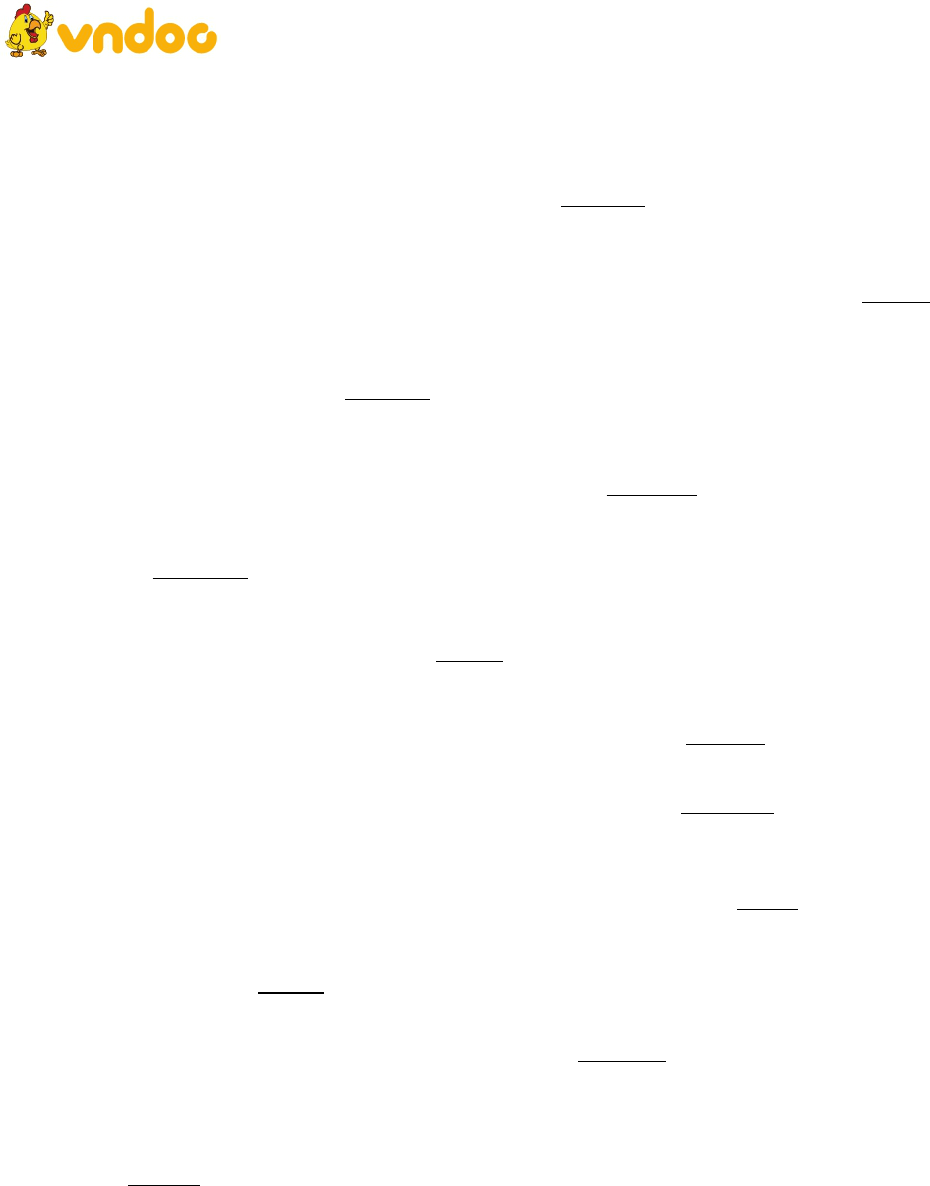 VnDoc - Tải tài liệu, văn bản pháp luật, biểu mẫu miễn phí
E
Đ
Đề thi thử THPTQG THPT Chuyên Ngoại ngữ Hà Nội – lần 1
Mark the letter A, B, C, or D on your answer sheet to indicate the correct answer to each of
the following questions
Question 1: My friend is good at mimicking people. He a great impression of Charlie
Chaplin.
A. made B. did C. took D. gave
Question 2: You can ask Matin anything about history. He actually has quite a good
for facts.
A. head B. understanding C. knowledge D. ability
Question 3: His jokes seemed to a treat with his audience, if their laughter was any
indication.
A. go along B. go by C. go off D. go down
Question 4: : It was such a sad film that we all were reduced tears at the end.
A. with B. onto C. to D. into
Question 5: : an emergency arise, call 911.
A. Should B. If C. Will D. Were
Question 6: The baby can't even sit up yet, _ stand and walk!
A. but for B. let alone C. all but D. rather than
Question 7: : I don’t think that everyone likes the way he makes fun, ?
A. don't I B. do I C. don’t they D. do they
Question 8: Unfortunately, the injury may keep him out of football . He may never
play again.
A. for good B. now and then C. once in a while D. every so often
Question 9: The two cars for sale were in poor condition, so I didn't buy _ .
A. neither of them B. either of them C. each of them D. none of them
Question 10: I used to _ reading comics, but now I've grown out of it.
A. take a fancy to B. keep an eye on C. get a kick out of D. kick up a fuss about
Question 11: The evidence suggests that single fathers more likely to work than
single mothers.
A. should be B. must be C. be D. are
Question 12: Little Deon: “This herb smells horrible, mommy!”
Mommy: “ , it will do you a power of good.”
A. Come what may B. By the by C. What is more D. Be that as it may
Mark the letter A, B, C, or D on your answer sheet to indicate the sentence that best combines
each pair of sentences in the following questions.
Question 13: It’s not fair to put all the blame on him. He’s not the only one at fault.
A.
He doesn't deserve to be blamed for everything as there were others involved.
B.
He deserved to be punished, but the others don’t.
C.
It wouldn't be right to punish those who, like him, were not involved.
D.
Only the one who were involved should be punished. 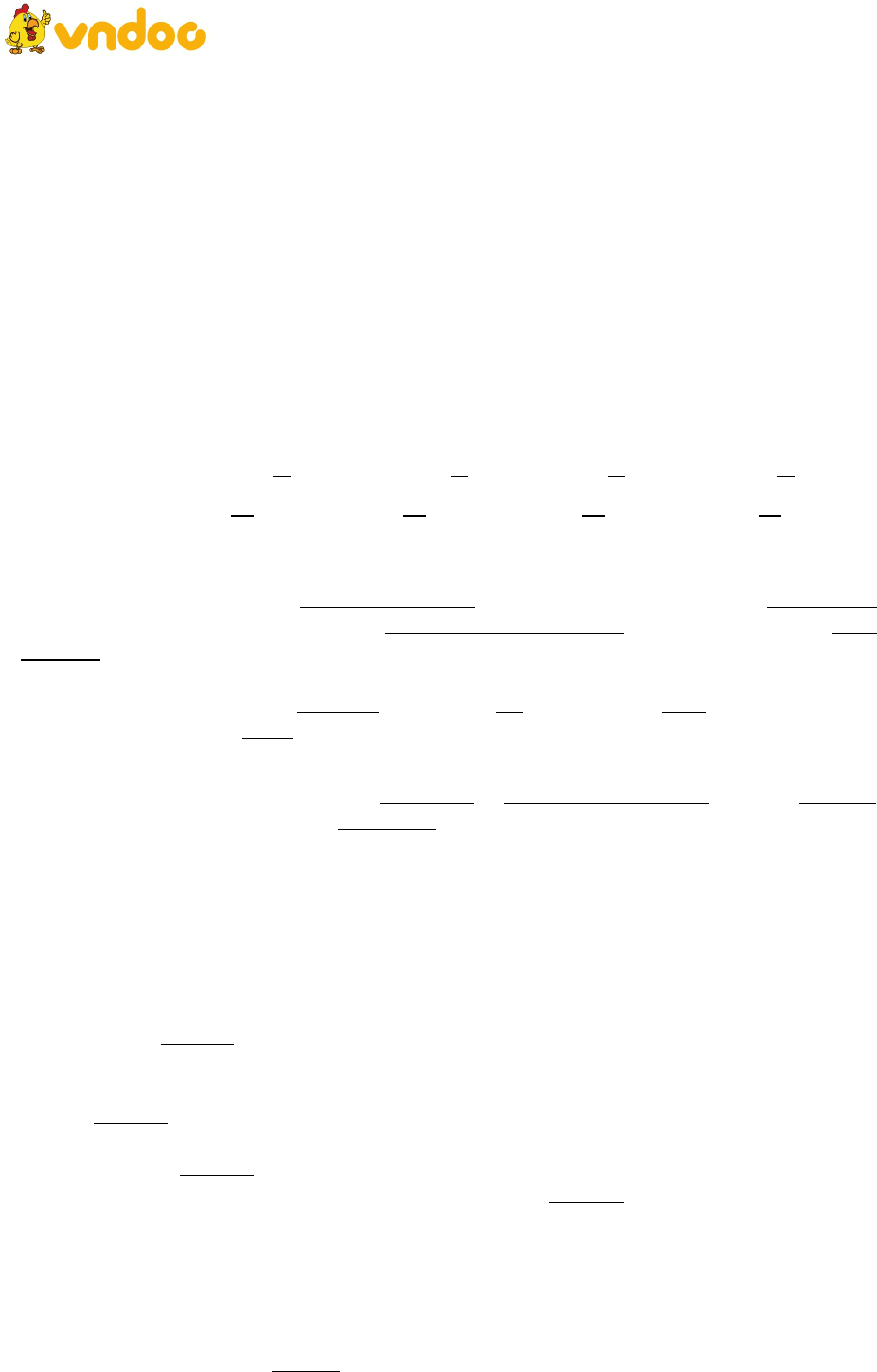 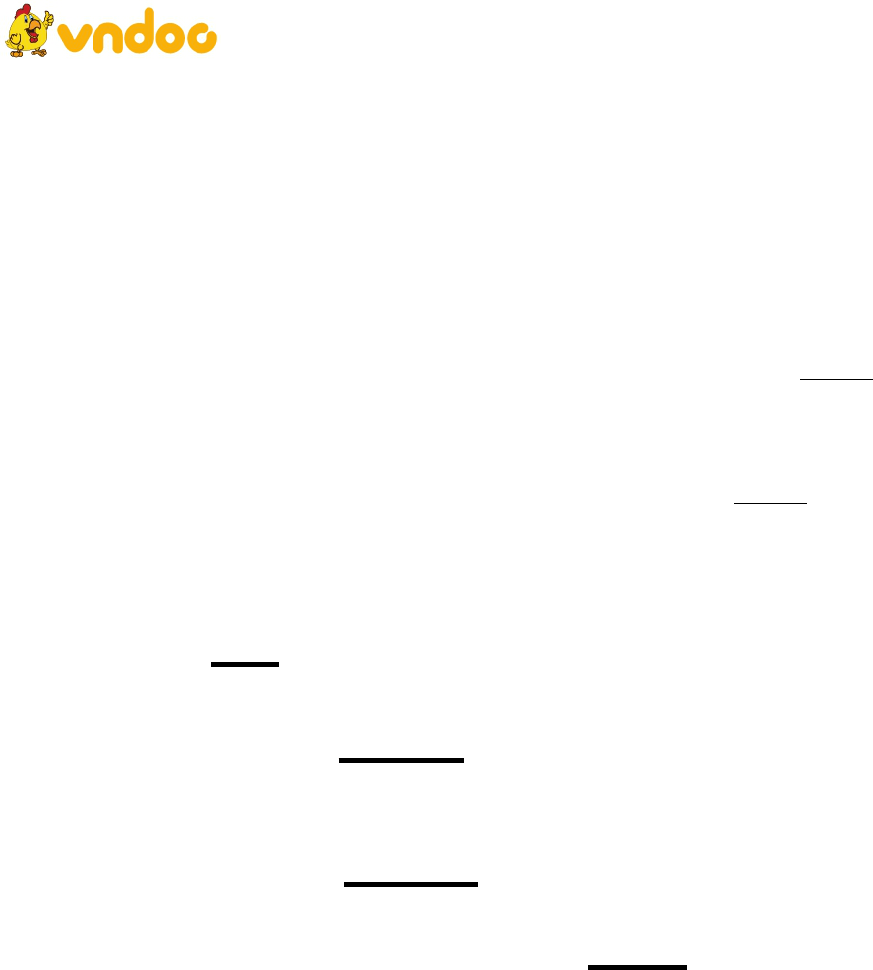