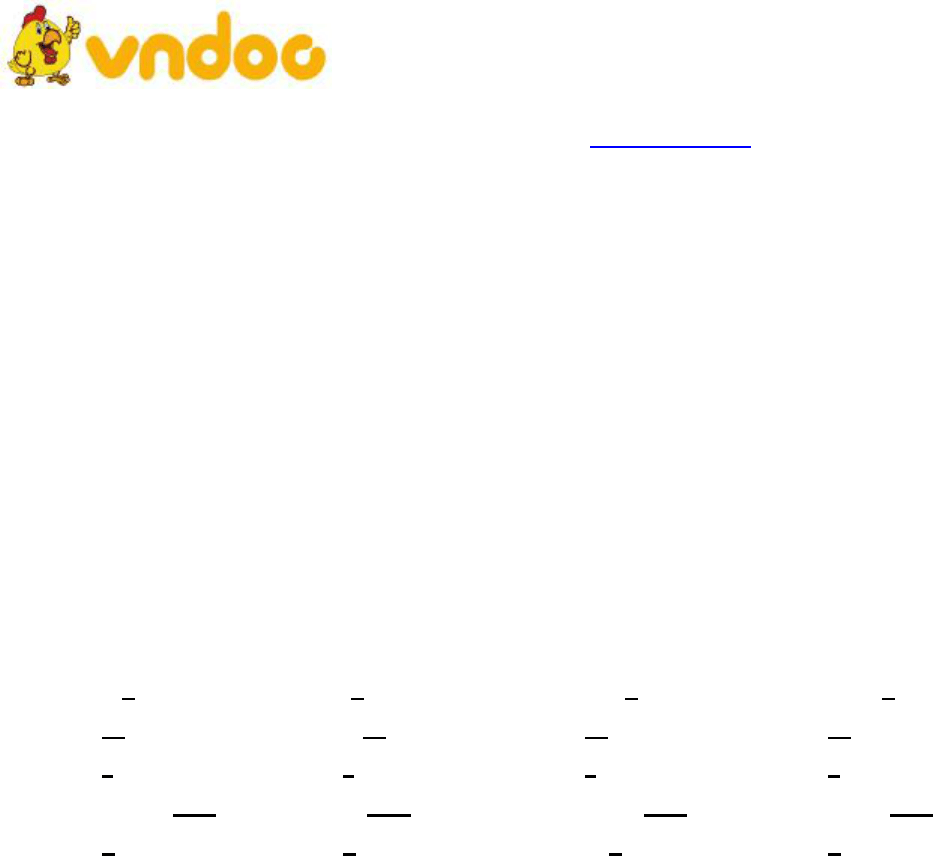 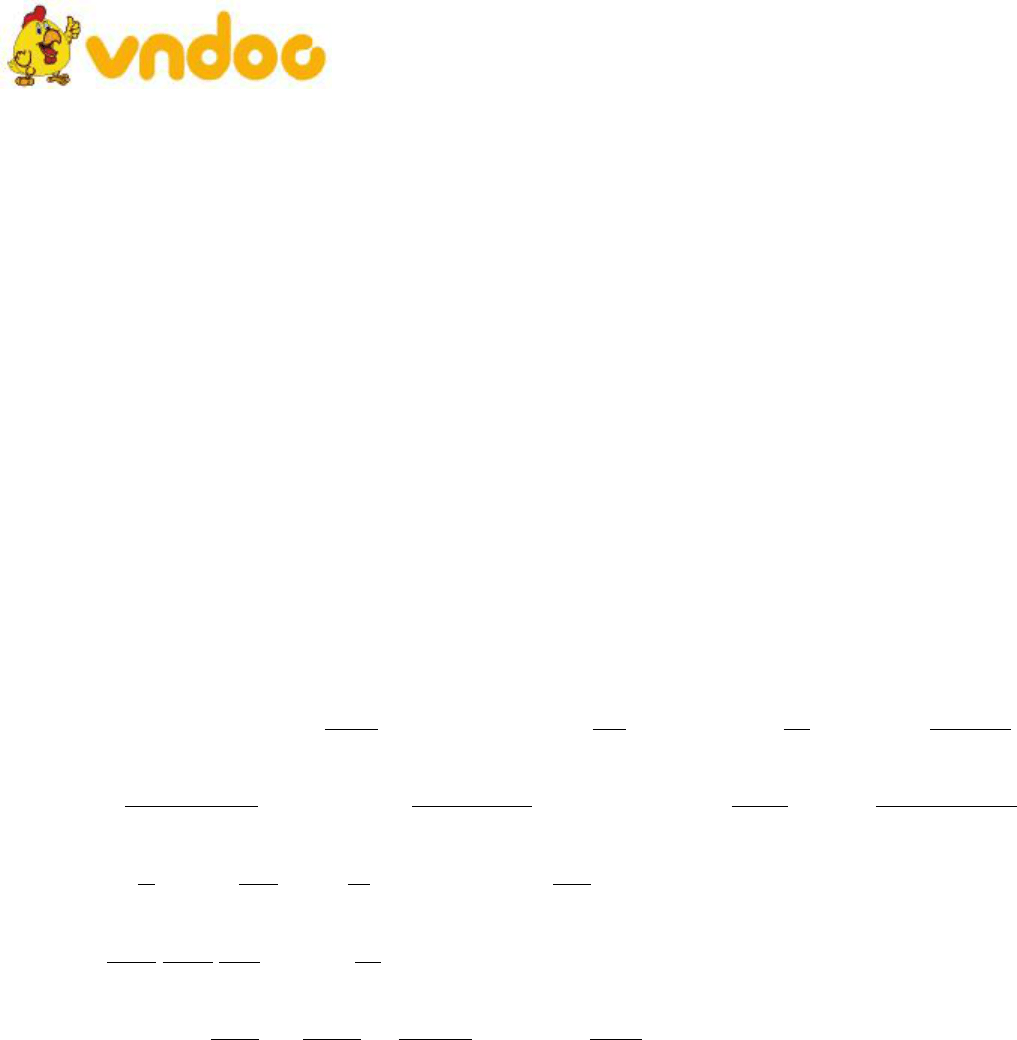 VnDoc - Tải tài liệu, văn bản pháp luật, biểu mẫu miễn phí
England to (45)___________ educated at the (46)___________ of 6. But at the age of 17 he
returned (47)___________ India and became a journalist. (48)___________ this time he
(49)___________ a great amount of prose and poetry. After wards he returned to England and
travelled in Japan and America. He received the 1907 Nobel (50)___________ for literature and
died in 1936 while he was working on his autobiographical notes.
VII. Read the following text and choose the best answer for the questions below.
After inventing dynamite, Swedish- born Alfred Nobel became a very rich man. However, he
foresaw its universally destructive powers too late. Nobel preferred not to be remembered as the
inventor of the dynamite, so in 1895, just two weeks before his death, he created a fund to be
used for awarding prizes to people who had made world while contribution to mankind.
Originally there were five awards: literature, physics, chemistry, medicine and peace. Economics
was added in 1968, just sixty- seven years after the first awards ceremony. Nobel’s original
legacy of nine million dollars was invested and the interest in this sum is used for the awards
which vary from $ 30,000 to $ 125,000. Every year on December 10, the anniversary of Nobel’s
death, the awards are presented to the winners. Some politics plays an important role in the
judge’s decision. Americans have won numerous science awards but relatively few literature
prizes. No awards were presented from 1940 to 1942 at the beginning of World War II. Some
people have won two prizes, but this is rare, others have shared their prizes.
51.
The word “foresaw” in line 2 is nearest in meaning to ________.
A. prevailed
B. prevented
C. postponed
D. predicted
52.
All of the following statements are true except ________.
A. A few individuals have won two awards
B. ceremonies are held on December 10 to commemorate Nobel’s invention
C. politics plays an important role in selecting the winners.
D. awards vary in monetary value
53.
The passage implies that Nobel’s profession was in ________.
A. economics
B. science
C. peace
D. medicine
54.
The word “world while” is closest in meaning to ________.
A. economic
B. valuable
C. prestigious
D. trivial
55.
What is the main idea of the passage?
A. Alfred Nobel made lasting contribution to humanity.
B. Alfred Nobel created awards in six categories for contributions to humanity.
C. Alfred Nobel left all his money to science.
D. Alfred Nobel became very rich when he invented dynamite.
VIII. Choose the correct sentence (A, B, C or D) made from the suggested words.
56.
doctor/ advise/ his health/ not/ eat/ meat/ much/ not good.
A. The doctor advised him not eating much meat because it was not good for his heath.
B. The doctor advices him not eat much meat because it is not good to his heath.
C. The doctor advised him not to eat much meat because it was not good for his heath.