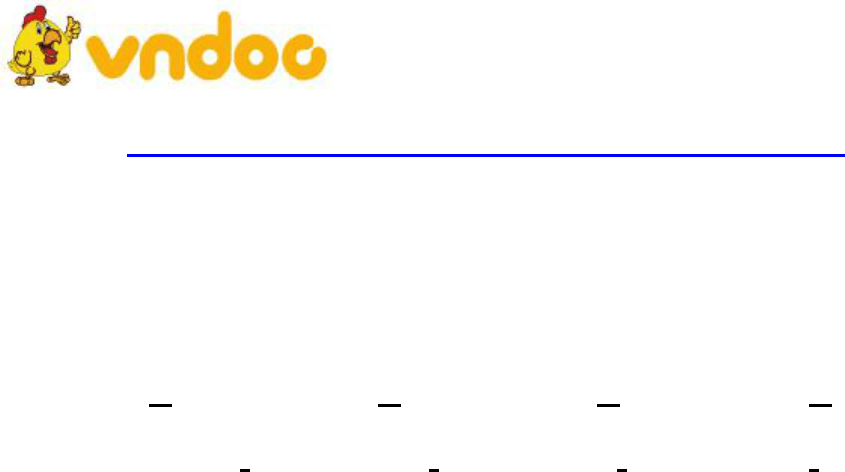 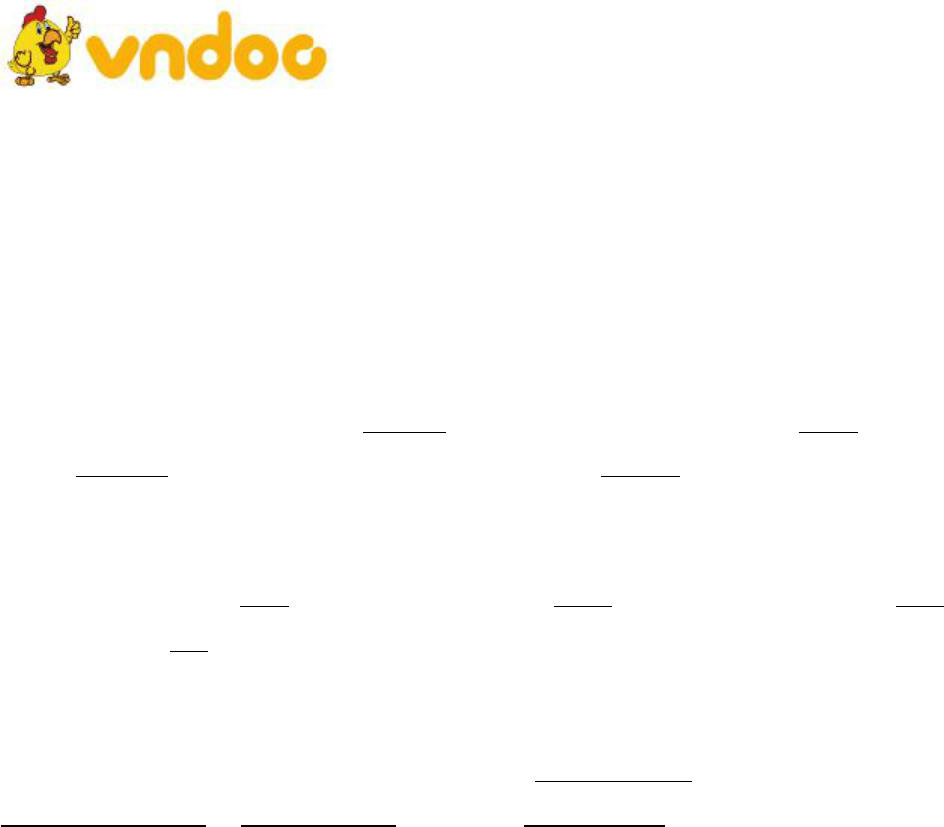 VnDoc - Tải tài liệu, văn bản pháp luật, biểu mẫu miễn phí
Câu 10: This new washing machine is not a patch on our old one. These clothes are still
dirty.
A. to be better B. to be strange C. to be expensive D. to be broken
Mark the letter A, B, C, or D to indicate the underlined part that needs correction in
each of the following questions.
Câu 11: United States is aimed at develop friendly relations among nations based on respect
for the principle of equal rights and self-determination of peoples.
A. peoples B. based C. develop D. principle
Câu 12: All members shall give the United Nations every assistance in any action it does in
accordance with the present Charter.
A. shall B. does C. every D. the
Câu 13: Cultural diversity is important because most countries, workplaces, and schools
increasingly consist of various culture, racial, and ethnic groups.
A. increasingly consist B. various culture C. ethnic groups D. most countries
Mark the letter A, B, C, or D to indicate the correct answer to each of the following
questions.
Câu 14: Many young people nowadays are prepared to__ getting married to pursue their
professional careers.
A. confide B. satisfy C. prefer D. sacrifice
Câu 15: The police have just found the man and his car________ were swept away during
the heavy storm last week.
A. that B. when C. whose D. which