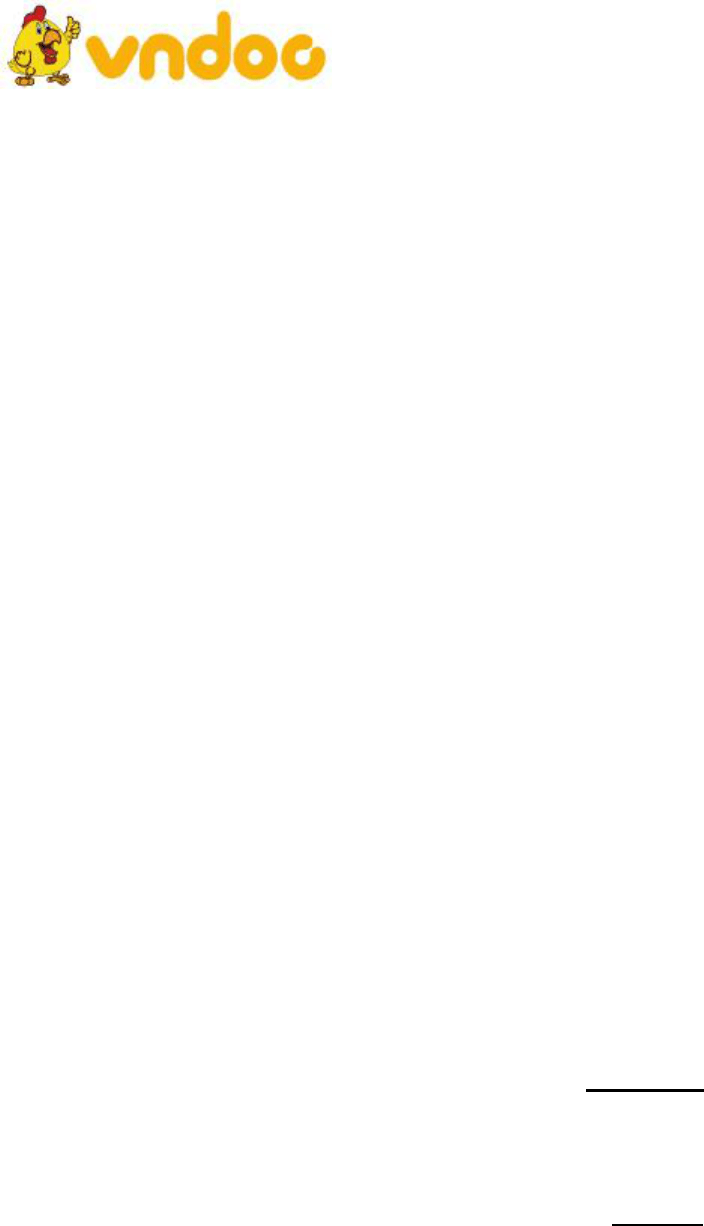 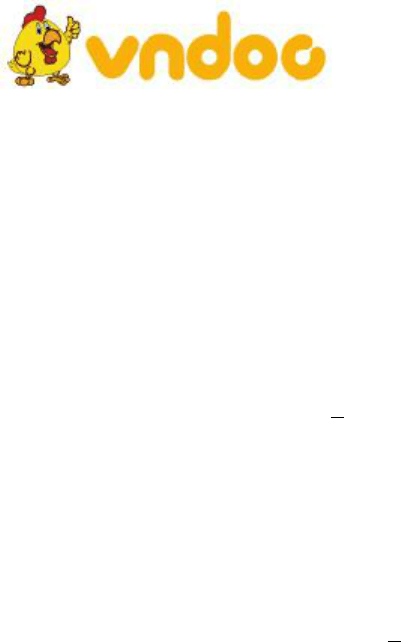 VnDoc - Tải tài liệu, văn bản pháp luật, biểu mẫu miễn phí
In today's competitive world, what responsible parents would not want to give their children the
best possible start in life? For this reason, many parents want their children, often as young as ten
months old, to become familiar with computers. They seem to think that if their children grow up with
computers, they will be better equipped to face the challenges of the future.
No one has proved that computers make children more creative or more intelligent. The truth may
even be the opposite. Educational psychologists claim that too much exposure to computers, especially
for the very young, may negatively affect normal brain development. Children gain valuable
experience of the world from their interaction with physical objects. Ten-month-old babies may benefit
more from bumping their heads or putting various objects in their mouths than they will from staring at
eye-catching cartoons. A four-year-old child can improve hand-eye coordination and understand cause
and effect better by experimenting with a crayon than by moving a cursor around a computer screen.
So, as educational psychologists suggest, instead of government funding going to more and more
computer classes, it might be better to devote resources to music and art
programs.
It is ludicrous to think that children will fall behind if they are not exposed to computers from an
early age. Time is too precious to spend with a "mouse". Now is the time when they should be out
there learning to ride a bike. There will be time later on for them to start banging away at keyboards.
Question 14: Children who spend a lot of time on their computers
A. will suffer from brain damage
B. do not necessarily make more progress than those who don't
C. tend to have more accidents than those who don't
D. tend to like music and art more than those who don't
Question 15: What would be an appropriate title for this passage?
A. More computers mean brighter future B. Never too early to start
C. Computers in schools D. Let kids be kids
Question 16: The pronoun "they" in paragraph 2 refers to
A. heads B. mouths C. babies D. objects
Question 17: What is TRUE according to the passage?
A. It is better for children to take computer lessons than art lessons.