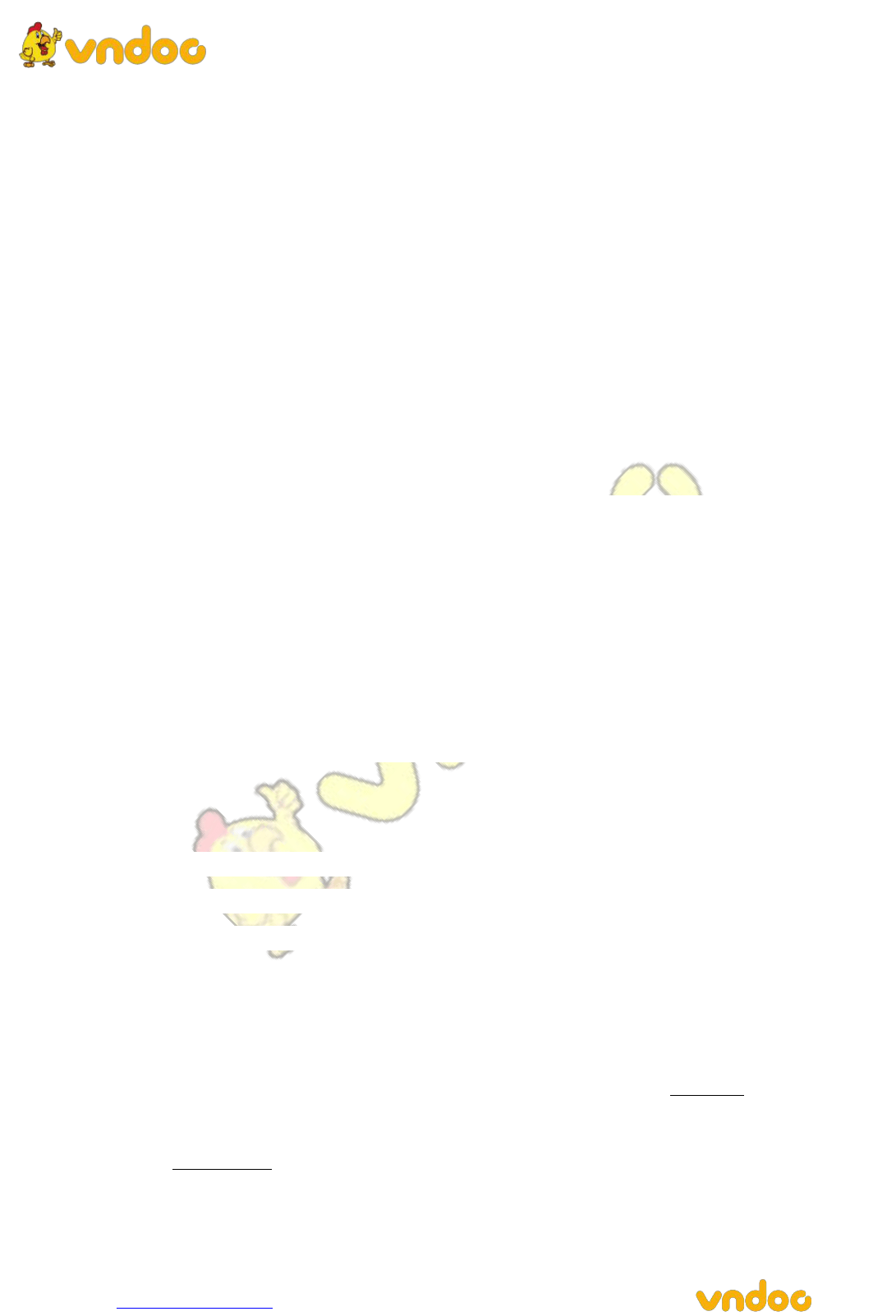 Thư viện Đề thi - Trắc nghiệm - Tài liệu học tập Miễn phí
Trang chủ: https: // vndoc .co m/ | Email hỗ trợ: hotro@vndoc.com | Hotline: 024 2242 6188
vitamins helps in the growth of a particular part of our bodies. There are on the market all
kinds of vitamin pills one can take to make up for one's lack of certain important things
(25) __________ are needed for normal health. Of course, if we eat well and properly,
the food that we eat will take care of our bodies without these pills. Just take vitamin pills
if our doctor tells us that our bodies are short of something that (26) __________ by them.
Generally speaking, everything that we eat does some good to our bodies, but if we eat
too much of one kind of food and pay no (27) __________ to others, we may have too
much of one kind of chemical substance and not enough of others. Then, we may be in
trouble. Therefore the best advice about what to eat is that we should eat all kinds of food
but never too much.
23. A. knowledge B. know C. knowledgeable D. knowledgeably
24. A. in B. for C. about D. on
25. A. who B. which C. whom D. whose
26. A. can supply B. supply C. can be supplied D. supplied
27. A. attraction B. action C. vision D. attention
IX. Read the following passage and mark the letter A, B, C or D to indicate the
correct answer to each of the questions.
Over the past 600 years, English has grown from a language of few speakers to
become the dominant language of international communication. English as we know it
today emerged around 1350, after having incorporated many elements of French that
were introduced following the Norman invasion of 1066. Until the 1600s, English was,
for the most part, spoken only in England and had not extended even as far as two
centuries, English began to spread around the globe as a result of exploration, trade
(including slave trade), colonization, and missionary work. Thus, small enclaves of
English speakers became established and grew in various parts of the world. As these
communities proliferated, English gradually became the primary language of
international business, banking and diplomacy.