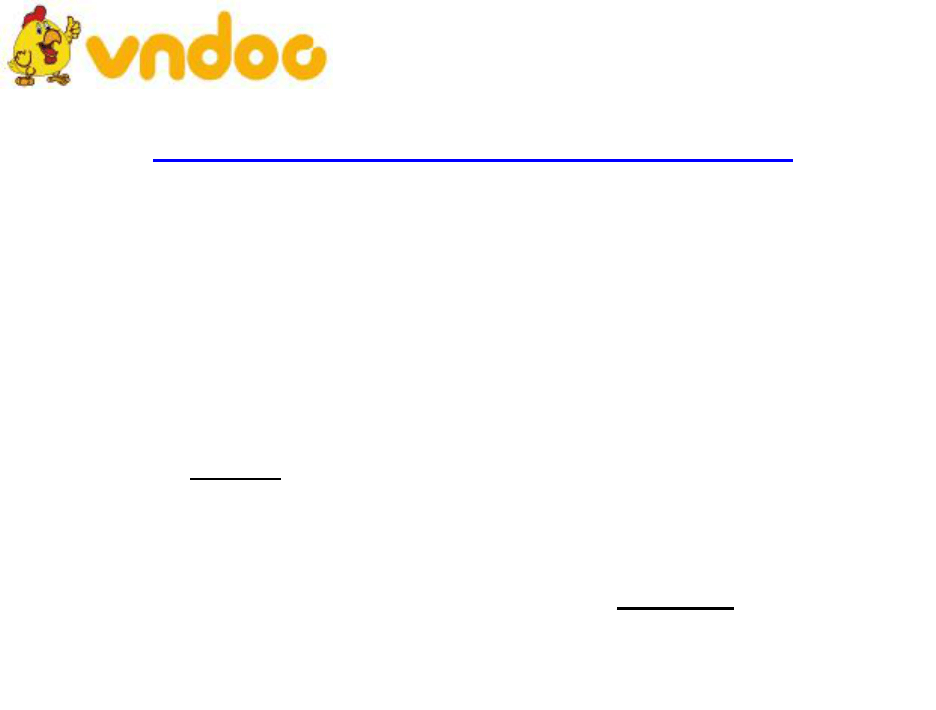 VnDoc - Tải tài liệu, văn bản pháp luật, biểu mẫu miễn phí
ĐỀ TUYỂN SINH LỚP 10 MÔN TIẾNG ANH
CÓ ĐÁP ÁN NĂM 2020 - 2021
I. MULTIPLE CHOICE: (8 points)
Choose the word or phrase (A, B, C or D) that indicate the word/phrase which is
CLOSEST in meaning to the underlined part.
1. Don’t you ever mention that matter again. I will not hear anything of it.
A. touch on B. put off C. take in D. go on
2. Women get a job to support their family as well as to be financially independent.
A. economically B. physically C. totally D. economic
Choose the word or phrase (A, B, C or D) that best fits the blank space in each
sentence.
3. The police are now looking for two young man______ were seen running out of the
store.
A. which B. they C. whom D. who
4. I wish I could take______ where I can experience microgravity.
A. a parabolic flight B. an ocean cruise
C. an express train D. flying course
5. In the near future, a teacher will act more like a(n) ______ than a giver of knowledge.
A. instructor B. facilitator C. speaker D. listener
6. If I were in your_____, I’d take it easy and try to forget it.
A. shoe B. shoes C. sandal D. sandals
7. _____ they moved to the city five year ago, they still remember living in a small town. 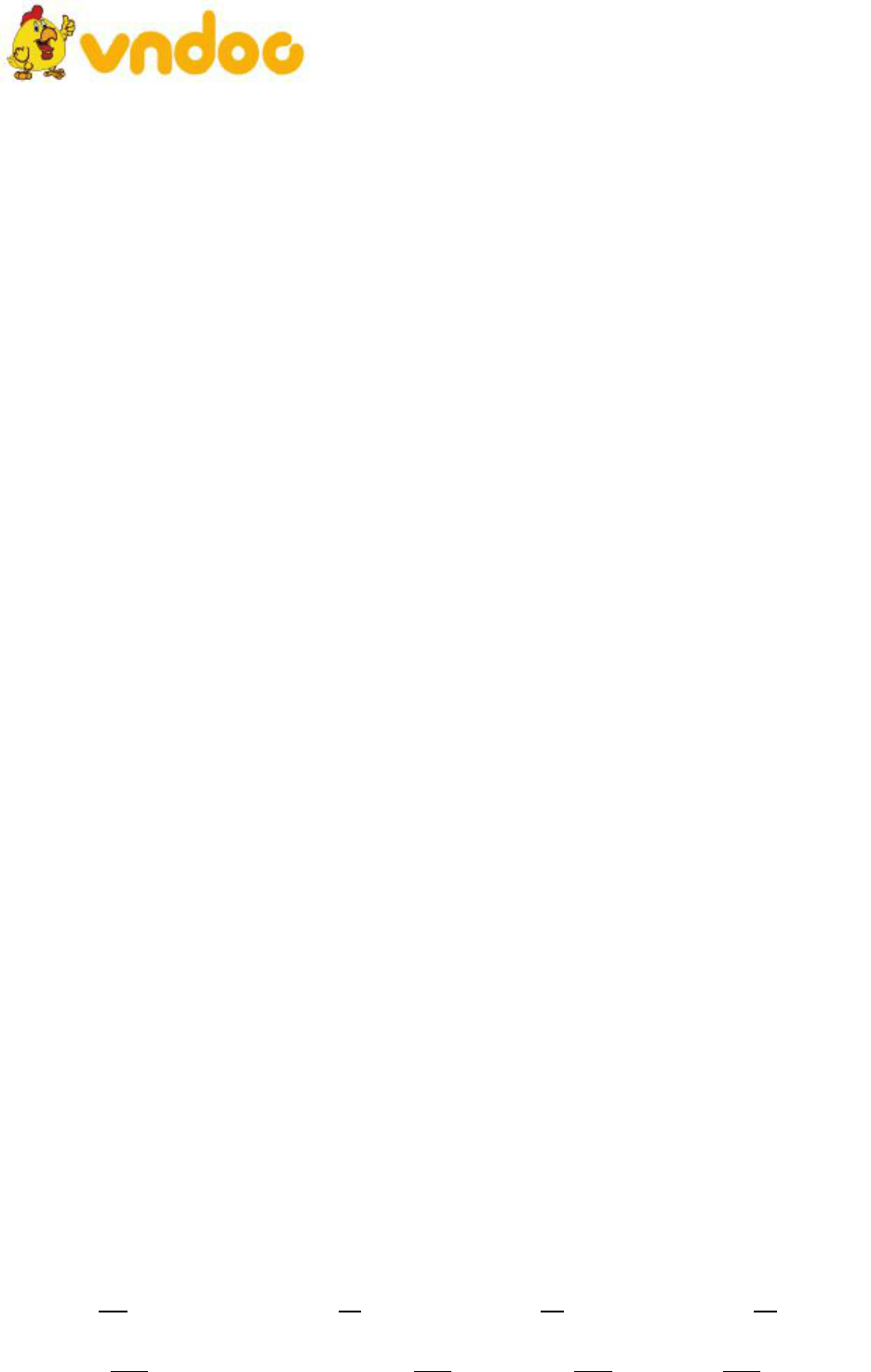 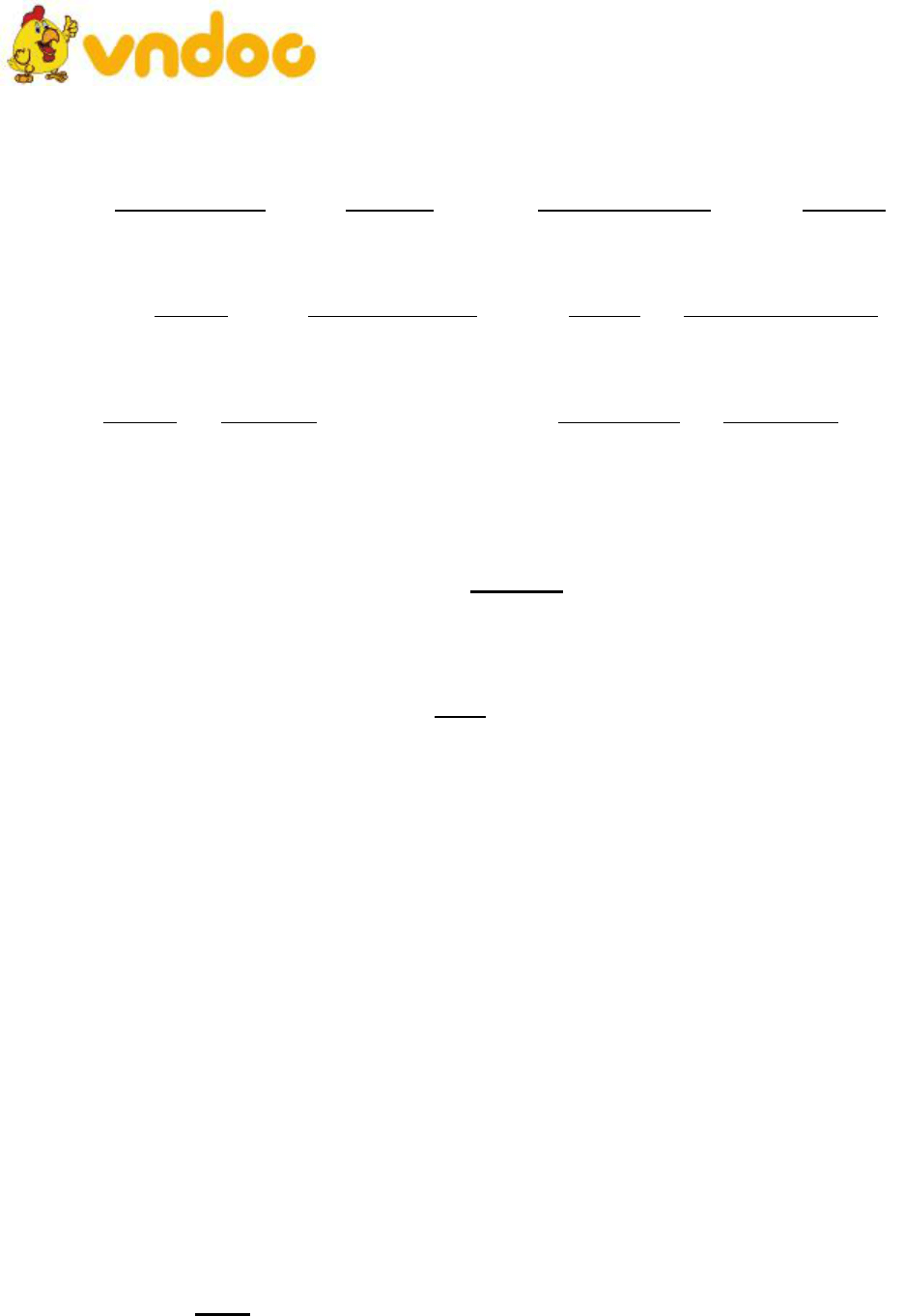 VnDoc - Tải tài liệu, văn bản pháp luật, biểu mẫu miễn phí
Choose the underlined word or phrase (A, B, C or D) that needs correcting.
18. I used to having (A) a good time (B) with my grandparents (C) when I was (D) a
child.
19. Remember not (A) to skip the breakfast (B) because it’s (C) the most important (D)
meal.
20. Don’t put (A) too much (B) garlic in the salad; two bunches (C) are enough (D).
Choose the word or phrase (A, B, C or D) that indicate the word/phrase which is
OPPOSITE in meaning to the underlined part.
21. Because of the bad weather, there were no take-offs from the airport this morning.
A. touchdown B. checkout C. pile-up D. check- in
22. He passed the exam as he worked very hard.
A. lazy B. busy C. lazily D. early
Read the text carefully, then choose the most suitable answers (A, B, C or D).
Son Doong Cave has become more famous after the American Broadcasting
Company (ABC) aired a live programme featuring its magnificence on ‘Good Morning
America’ in May 2015.
Located in Quang Binh Province, Son Doong Cave was discovered by a local man named
Ho Khanh in 1991, and became known internationally in 2009 thanks to British cavers,
led by Howard Limbert. The cave was formed about 2 to 5 million years ago by river
water eroding away the limestone underneath the mountain. It contains some of the tallest
known stalagmites in the world - up to 70 metres tall. The cave is more than 200 metres
wide, 150 metres high, and nearly 9 kilometres long, with caverns big enough to fit an
entire street inside them. Son Doong Cave is recognised as the largest cave in the world
by BCRA (British Cave Research Association) and selected as one of the most beautiful
on earth by the BBC (British Broadcasting Corporation).