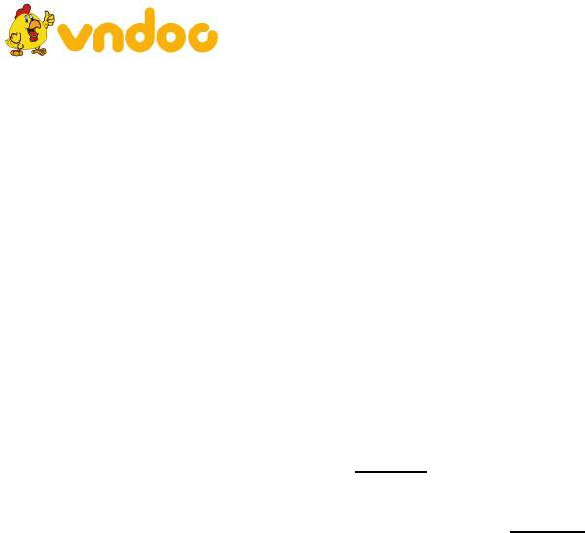 VnDoc - Tải tài liệu, văn bản pháp luật, biểu mẫu miễn phí
SỞ GIÁO DỤC ĐÀO TẠO
ĐỀ CHÍNH THỨC
(Đề gồm có 04 trang)
BÀI THI THỬ KỲ THI TỐT NGHIỆP TRUNG
HỌC PHỔ THÔNG
NĂM HỌC 2017- 2018
MÔN TIẾNG ANH
Thời gian: 60 phút - không tính thời gian giao đề
~ MÃ ĐỀ 001
Mark the letter A, B, C, or D on your answer sheet to indicate the word(s) CLOSEST in
meaning to the underlined word(s) in each of the following questions.
Question 1: Your contract will set out the terms and conditions of your employment.
A. give details B. prepare C. publish D. send off
Question 2: Showbiz personalities are always greedy for success.
A. ready B. hungry C. eager D. willing
Read the following passage and mark the letter A, B, C, or D on your answer sheet to
indicate the correct answer to each of the questions.
THE DAY THE TSUNAMI STRUCK
A. Friday, 11
th
March, 2011 started as an ordinary day. I was with my camera crew covering
a story about the scallop fishermen of the Miyagi prefecture. It was a cold afternoon with a
dark sky and it looked like it might snow. I was just finishing the interview when, suddenly,
around 14:45. the ground started shaking beneath our feet. Even before the siren started to
sound over the town, we knew it must be an earthquake! It became impossible to stand. In a
moment, enormous cracks appeared in the road.
B. Local people said a tsunami was approaching and urged us to get away as soon as
possible. We climbed to higher ground above the town and waited. A short time later we saw
the sea rise up in a colossal wave and completely destroy the breakwater that was protecting
the coastline. We watched helplessly as the water flooded into the town streets and washed
away everything in its path. It seemed the whole town was afloat Cars, trees, even rows of
houses were swept along in the raging torrent.
C. The rising sea soon engulfed the whole town. It had taken only 30 minutes. Up on the hill,
we huddled together with the evacuated residents and tried to keep warm. We were in a state
of shock and couldn't believe how rapidly it had all happened. One man told me he had
escaped from a building just before it was washed away. He saw many people washed away
with it. Two of them were his parents; he had been unable to reach them and thought they
must have drowned.
D. We spent two nights up there on the hill. On Sunday morning, as the water started to
recede, we guessed there would be no further tsunami warnings. We were also extremely
hungry, so we decided to venture back down to the town in the unlikely hope of finding some
food. We couldn't believe our eyes when we saw the scale of the devastation. Whole streets
of houses had been flattened and were now reduced to heaps of rubble. Some very weird
sights greeted us: a double-decker bus that had been carried along in the flood was now
perched on top of a three-storey building, while somebody's former home stood upon the roof
of a primary school.
E. As we walked on, shocked and silent, I wondered if the town could ever return to normal.
A local woman was shaking her head as she wandered down the road. “I don't know if it’s
good or bad that I survived," she said as we passed by. Hearing her words, another man left
with nothing spoke out: "Those of us who are left have a duty to help each other in any way
possible. No one is allowed to give up!" Standing together among the ruins and debris, we
knew he was right. 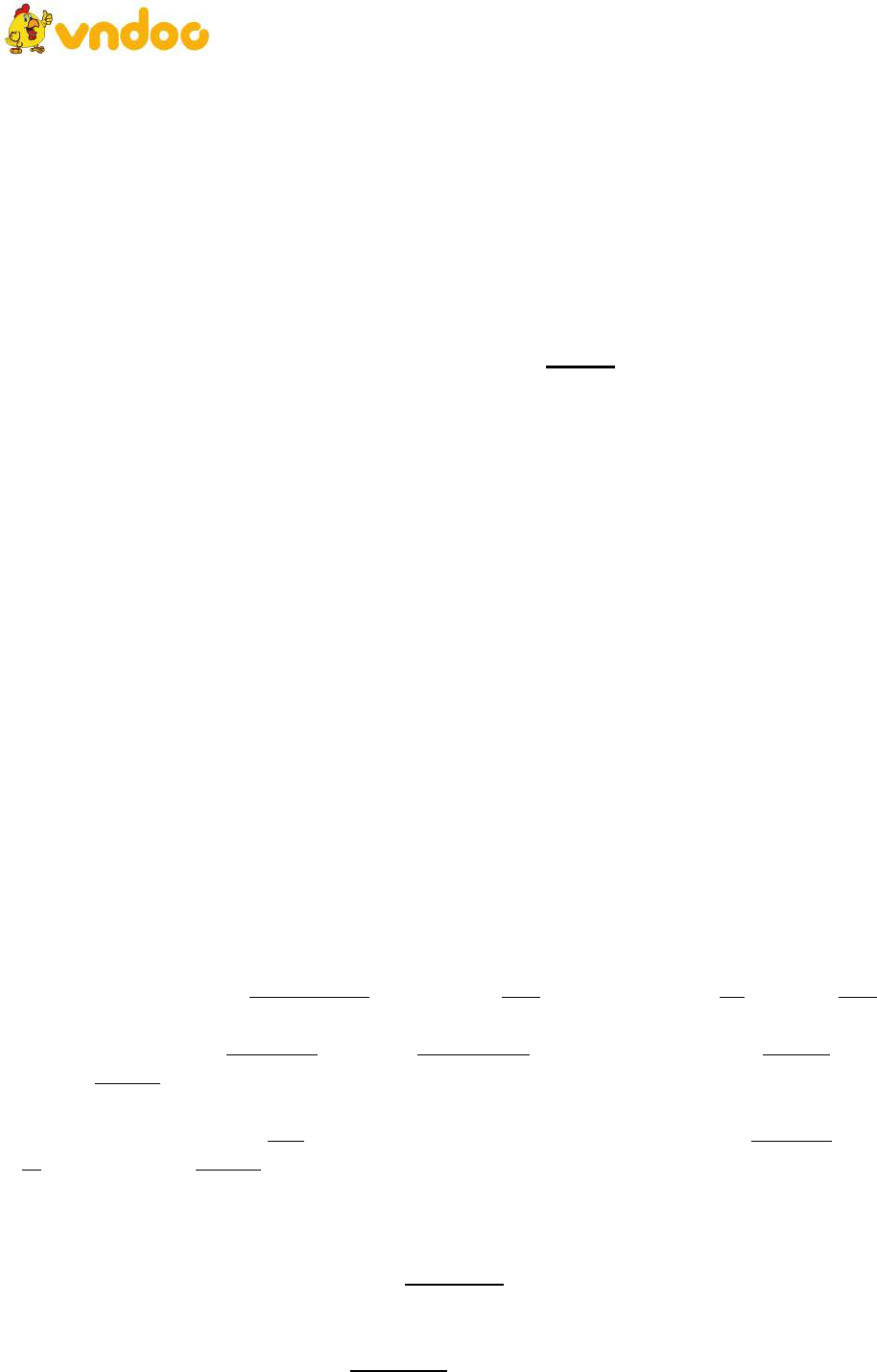 VnDoc - Tải tài liệu, văn bản pháp luật, biểu mẫu miễn phí
C. He looks a succesful businessman, doesn’t he? D. He was
caught in the act.
Question 18: ~ Aliosa: “Why hasn’t Jim been seen lately?” ~ Jeremy: “..................”
A. He’s just left. B. He’s visiting his girl friend in Spain.
C. Love is not always found indoors. D. He’s talking to his boss. Wait for
the next call.
Read the following passage and mark the letter A, B, C, or D on your answer sheet to
indicate the correct answer to each of the questions.
THE ULTRAMAN
The Ultraman World Championship is an exciting annual three-day endurance triathlon
race. It is held on the amazingly beautiful Pacific Big Island Hawaii over Thanksgiving
weeknd. The Ultraman triathlon is not like any other ordinary race and even the thought of
competing in it is daunting. The race covers a total of 515 km and offers a variety of terrains,
scenery and challenges. It is divided into three parts that have to be completed in no more
than 12 hours each. Participants who fail to reach the finish line within the time limits are
automatically disqualified. The first stage consists of a 10-km ocean swim followed by a
gruelling 145-km cross-country bike ride involving mountain road climbs up to 1,828 m. For
the second stage, on the following day, the participants are pushed to their limits when they
have to cycle 276 km of hilly roads from the Volcanoes National Park in the south of the
island to Kohala in the northeast. The competitors who survive the first two stages of the race
can look forward to a whopping double marathon consisting of running an unbelievable total
distance of 84 km instead of the usual 42 km.
Preparation for such a race needs to be serious and potential competitors would usually
have to do a lot of training sessions over a long period building up to the triathlon. Some
prefer to train moderately while others do more intense training including cycling up to 200
km in one session, doing 40 to 50 km runs, or swimming several kilometres in cold water as
well as following a strict diet. Only the truly determined athlete takes on such a task. Perhaps
that is why the challenging race is limited to only 35 invited athletes no younger than 20 who
wish to explore the extremes of physical and mental abilities. The rules also state that
entrants need to have a support team of at least two people throughout the entire course of the
race. Since its beginnings in the late 1970s, the Ultraman Triathlon has attracted athletes
from around the world and its popularity has helped establish the triathlon as an Olympic
sport. The prize? Well, unlike many races, there is no great sum of money to be won, but for
the entrants, the real prize is the glory of winning and achieving something truly amazing.
[From: ON SCREEN B1
+
& B2, Student’s Book, Express Publishing, 2011]
Question 19: In preparation for the race, all competitors......
A. choose their own training programme. B. must practise swimming in cold
water.
C. must follow a strict diet. D. must do very tough training.
Question 20: The maximum age allowed......
A. is fifty. B. is twenty. C. is thirty-five. D. is not
stated in the text.
Question 21: According to the text, the cross country cycle is difficult because......
A. participants can easily be disqualified. B. the course goes through a variety of
terrain.
C. a lot of the course involves ascents. D. of the time limit.
Question 22: According to the writer, the idea of doing the Ultraman is......
A. amazing. B. exciting. C. extraordinary. D.
frightening.
Question 23: According to the text, the race differs from most other races in that......
A. the athletes don't really win anything. B. only a few athletes participate.