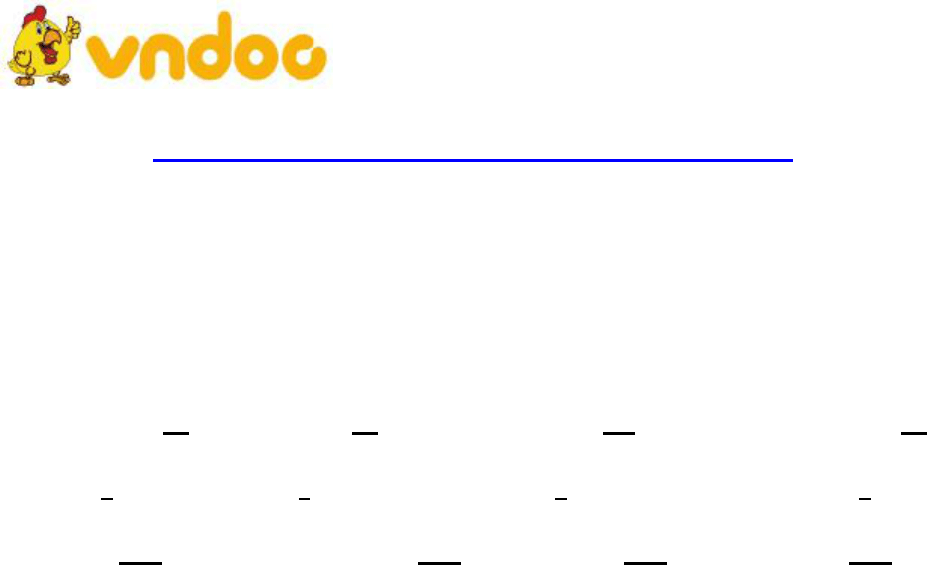 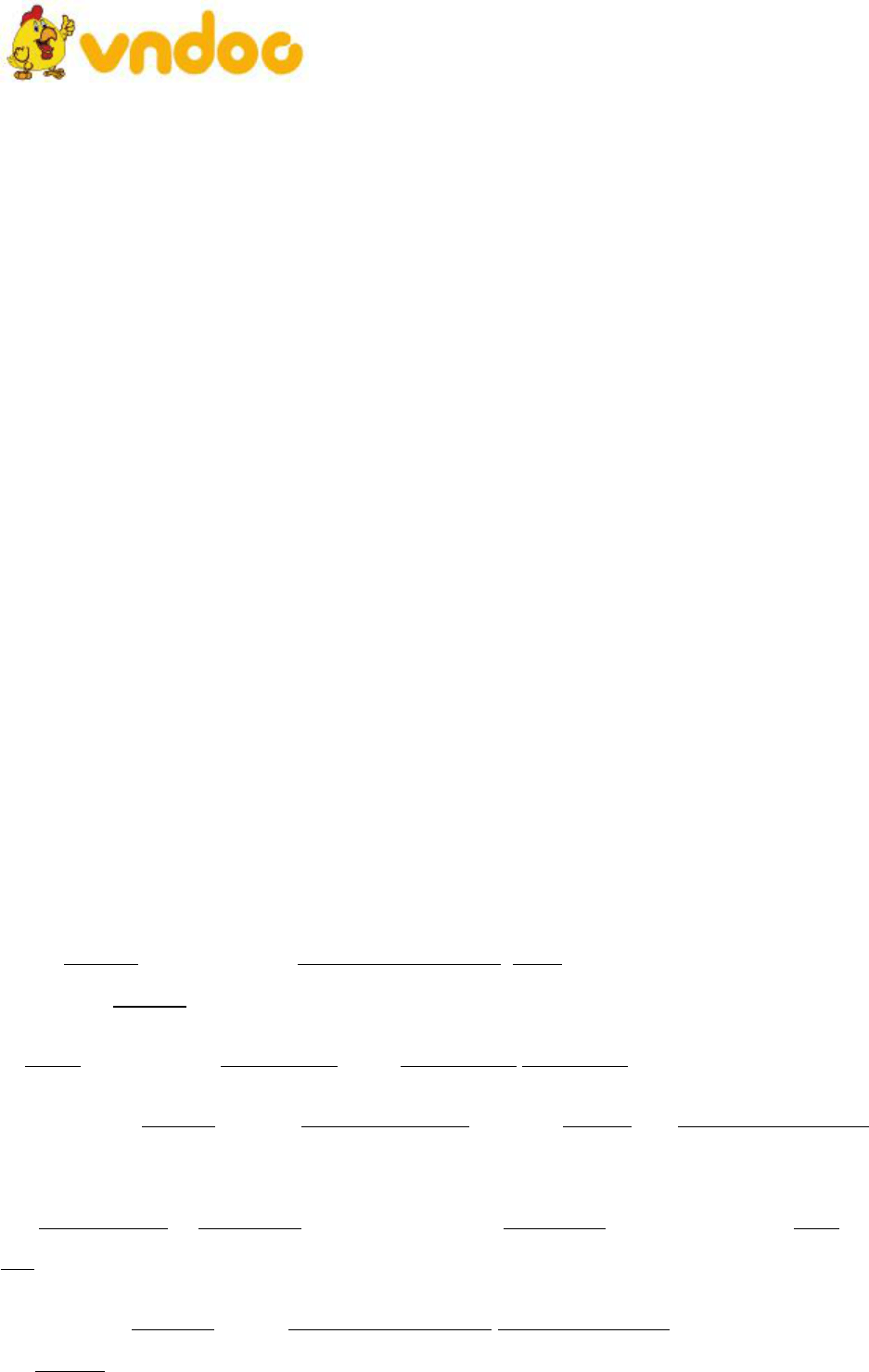 VnDoc - Tải tài liệu, văn bản pháp luật, biểu mẫu miễn phí
Question IV. Choose the best word from the box to complete the following paragraph
instance fairness minds keep qualities
A woman can be a president. A good president needs to be drug free, make good
choices, (1). .......... promises, follow the laws, and do other good things to help the world.
Women have all these (2) ................ . They do a job just as well as men because they are
just as smart as men. For (3) ..................., there is a governor in New Jersey and she is
terrific. Women are equal to men, and should have the same opportunities as men. Most
people say. " Well what about their kids?" Think about it. Men are responsible for their
kids just as much as women are. A woman won't run president if she has small kids and
needs to stay with them. She'll run when she gets older because her kids will be older.
Hope that people will change their (4) ...................... and give them a chance because
they're there to do their jobs. The state wants (5) ................. and I think that is fair.
Question V. Read the passage carefully, then choose the correct answers.
What Is It Like Being a Teenager in Britain?
School
British teenagers spend most of their time at school. Students in Britain can leave
school at sixteen (grade 11). This is also the age when most students take their first
important exams, the GCSE (General Certificate of Second Education). Most teens take
between 5-10 subjects, which means a lot of studying. They are spending more time on
homework than teenagers ever before. Forget watching TV, teenagers in Britain now
spend 2-3 hours on homework after school.
School uniform
Visit almost any school in Britain and the first thing you’ll notice is the school
uniform. Although school uniform has its advantages, when they are 15 or 16 most
teenagers are tired of wearing it. When there is more than one school in a town, school
uniforms can highlight differences between schools. In London there are many cases of
bullying and fighting between pupils from different schools.
Clothes and looks