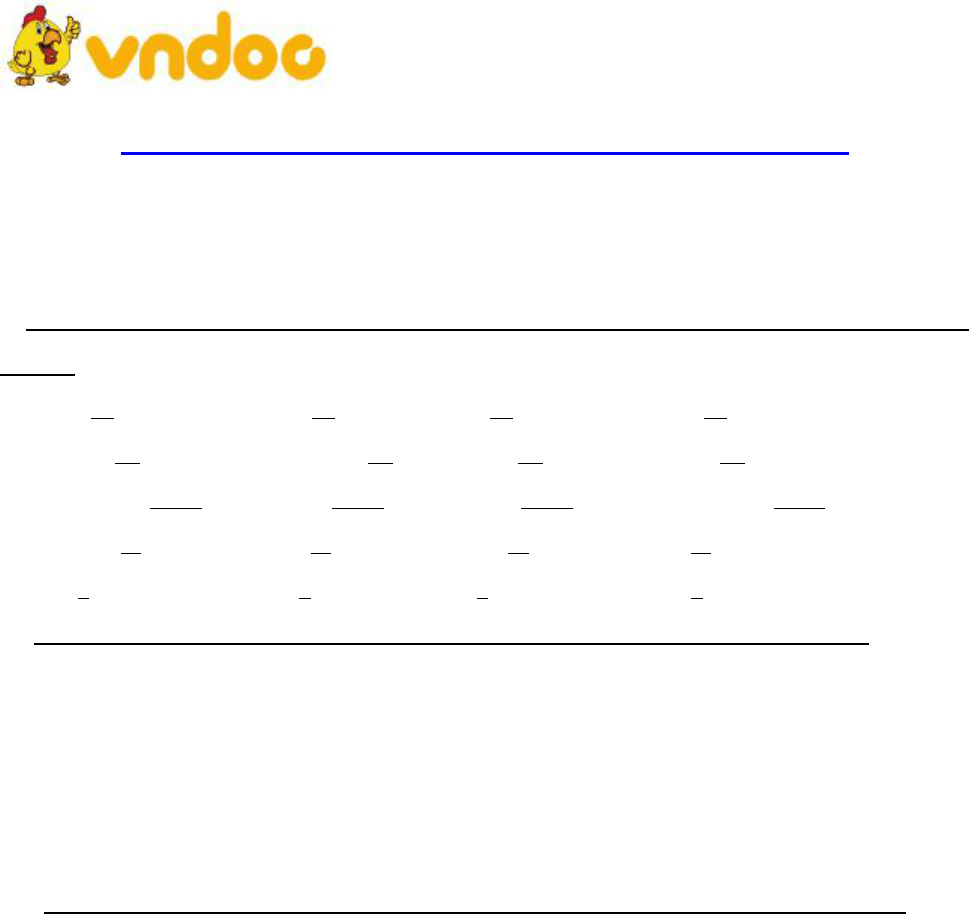 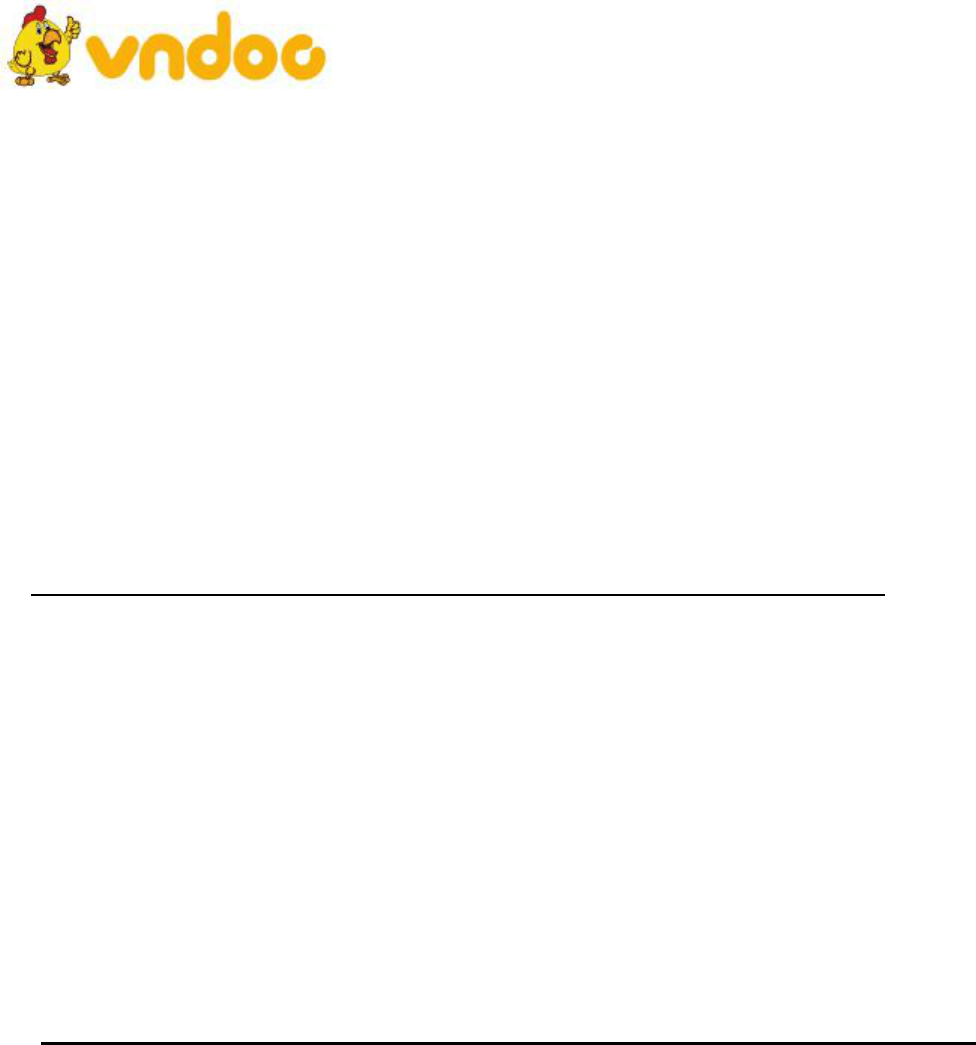 VnDoc - Tải tài liệu, văn bản pháp luật, biểu mẫu miễn phí
A. full
B. strong
C. high
D. heavy
12. - Mrs. Smith: You made a lot of noise last night! - David: ______
A. Really?
B. What a pity!
C. Oh! I’m really
sorry!
D. It’s kind of you to say so.
13. Everybody has known the day I return, ______?
A. haven’t they
B. have they
C. don’t I
D. won’t I
14. The Smiths bought a very beautiful house ______ a fairly good price.
A. by
B. of
C. with
D. at
15. My mother often gives me advice ______ water.
A. to save
B. how to save
C. on how to save
D. with how to save
V. Read the passage below and use the correct form of the words given. (10 marks)
One of the major (1. ENVIRONMENT) concerns in today’s world is the growing list
of (2. DANGER) plants, animals and birds. The (3. BIG) threat of all to wildlife is, of
course, man, who must take action now to prevent the (4. APPEAR) of these species.
Whales, tigers and elephants all (5. REQUIRING) greater protection as hunters threaten to
drive them to extinction. (6. SIMILAR), more effective measures are suggested to stop (7.
GLOBE) warming, which has led to the (8. LOSE) of important natural habitats. Fish too,
are increasingly at risk from high level of river and sea (9. POLLUTE), caused by oil spills
and toxic effluent. Stricter government controls will help in the fight to save our wildlife and
a greater public (10. AWARE) of the issues should be involved.
VI. There is one mistake in each of the following sentences. Find and correct it. (10 marks)
1. During The Second World War, almost a third of a million people was killed.
2. It was raining heavy when I woke up yesterday morning.
3. Doctors have known for a long time that loud noises can cause hear damage or loss.
4. Streets of Bangkok are usually crowding with people selling food, clothing, flowers and
souvenirs.
5. It often takes my mom half an hour getting to work by underground every morning.
6. Found in the 12
th
century, Oxford University ranks among the world’s oldest ones.