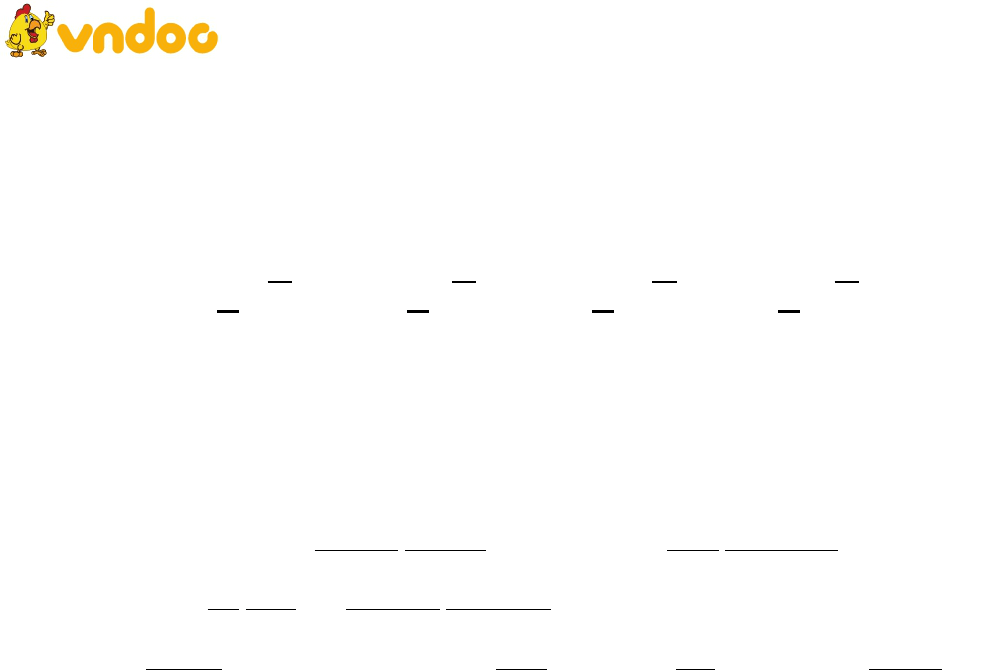 VnDoc - Tải tài liệu, văn bản pháp luật, biểu mẫu miễn phí
SỞ GD&ĐT VĨNH PHÚC
TRƯỜNG THPT LIỄN SƠN
(Đề thi gồm: 04 trang)
ĐỀ KTCL ÔN THI THPT QUỐC GIA NĂM 2017-
2018
Môn: TIẾNG ANH – ĐỀ SỐ 222
Thời gian làm bài: 60 phút, không kể thời gian phát đề
Choose the word whose underlined part is pronounced differently from that of the others.
Question 01:
A. deleted
B. started
C. retarded
D. stopped
Question 02:
A. think
B. thank
C. that
D. three
Pick out the word that has the primary stress different from that of the other words.
Question 03:
A. advise
B. parent
C. apply
D. attract
Question 04:
A. academic
B. necessity
C. authority
D. commercially
Mark the letter A, B, C, or D on your answer sheet to indicate the underlined part that needs
correction in each of the following questions
Question 05: Halley‟s comet, viewing through a telescope, was quite impressive.
A. viewing B. through C. quite D. impressive
Question 06: There are a car and two vans in front of my house.
A. are B. a car C. two vans D. in front of
Question 07: All her children have graduated from university, that is the reason for her to be
proud.
A. All her B. from C. that D. for her
Choose the most suitable words or phrases to fill in the blanks.
Question 8: The more you practise your English, _______.
A. Faster you learn. C. the faster will you learn.
B. You will learn faster. D. the faster you will learn.
Question 9: Mrs. Brown was the first owner_______ dog won 3 prizes in the same show.
A. whose B. her C. who D. whom
Question 10: If she_______ a car, she would go out in the evening.
A. have B. has C. has had D. had
Question 11: You are old enough. I think it is high time you applied_______ a job.
A. in B. of C. for D. upon
Question 12: Because of the_______ of hospital employees at the hospital, the head of
administration began advertising job openings in the newspaper.
A. short B. shorter C. shorten D. shortage
Question 13: Friendship is a two-sided_______ , it lives by give-and-take.
A. affair B. event C. aspect D. feature
Question 14: “Do you_______ your new roommate, or do you two argue?”
A. keep in touch with C. on good term with
B. get along with D. get used to
Question 15: The majority of Asian students reject the American_______ that marriage is a
partnership of equals.
A. attitude B. thought C. view D. look
Question 16: Bob has a bad lung cancer and his doctor has advised him to_______ smoking.
A. put up B. give up C. take up D. turn up
Question 17: According to FAO, Vietnam is_______ second largest coffee producer in the
world after Brazil. A. a B. 0 C. an D.
the
Question 18: When she came home from school yesterday, her mother_______ in the kitchen. 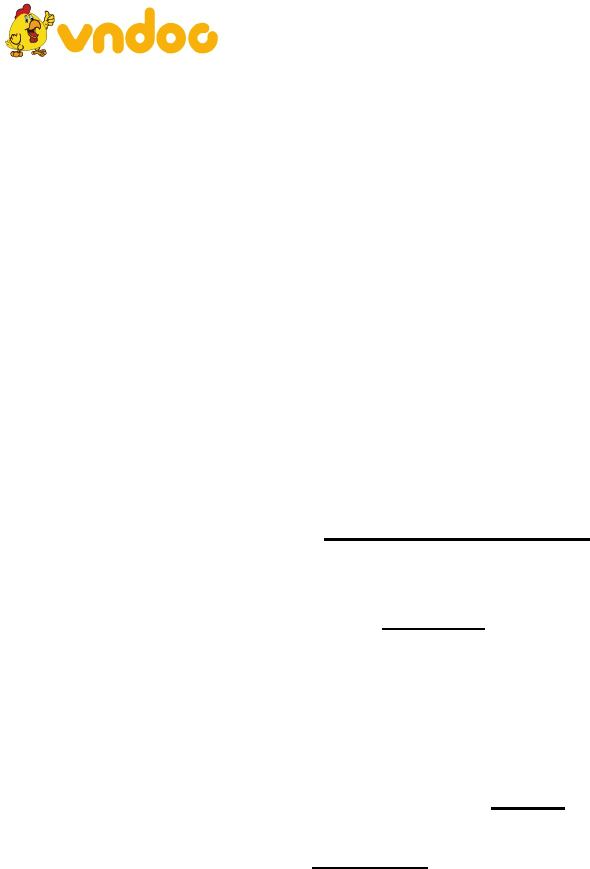 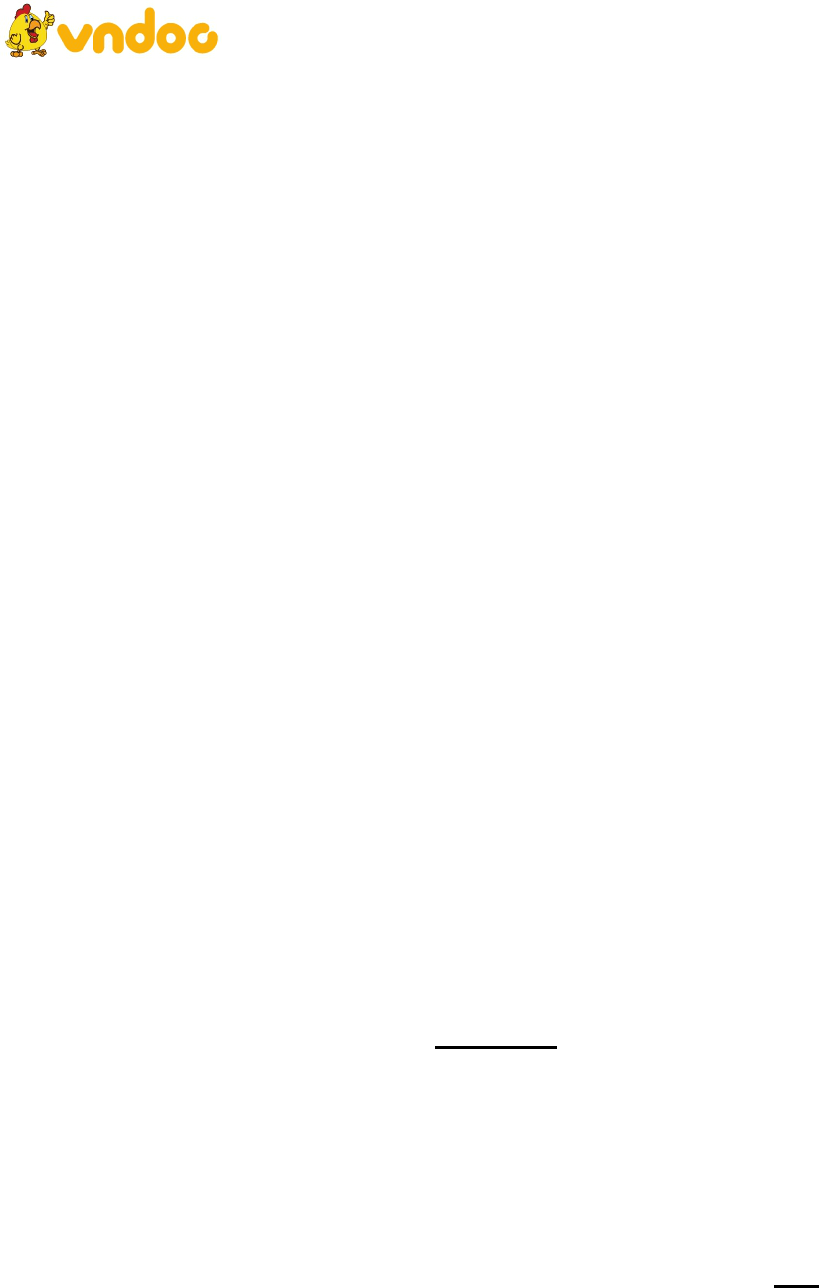 VnDoc - Tải tài liệu, văn bản pháp luật, biểu mẫu miễn phí
B. The song she is singing says about the love of two young students.
C. The song says about the love of two young students which she is singing.
D. The song says about the love of two young students that she is singing.
Question 30: He didn‟t hurry. Therefore, he missed the plane.
A. If he hurried, he wouldn‟t miss the plane.
B. Had he hurried, he might catch the plane.
C. Had he hurried, he could have caught the plane.
D. He didn‟t miss the plane because he hurried.
Read the following passage and mark the letter A, B, C, or D on your answer sheet to indicate
the correct word or phrase for each of the blanks.
Why do people often get uptight and worried before meeting someone for the first time?
It is often said that (31)_______ a good first impression is very important, and according
to recent studies, it appears that there is something to it. In his book, Blink, author Malcolm
Gladwell says that we form an opinion of someone in the first 2 seconds after meeting them. In
other words, if Gladwell is right, most of us pass (32)_______ on people we meet almost
immediately. It makes (33)_______ that we create a better first impression when we‟re
friendly. A warm smile can really make a difference.
And then if we have interests (34)_______ common, the other person may feel
they want to get t know us. However, when we meet someone from abroad who
(35)_______ a foreign language, there‟s no need we have to keep our distance from
them. If we decided to take the trouble to communicate, we might make a new friend.
Question 31:
A. doing
B. making
C. passing
D. having
Question 32:
A. prejudice
B. judgement
C. impression
D. doubt
Question 33:
A. logic
B. sense
C. interest
D. friends
Question 34:
A. in
B. by
C. with
D. to
Question 35:
A. speaks
B. asks
C. says
D. talks
Read the following passage and mark the letter A, B, C or D on your answer sheet to indicate
the correct answer to each of the questions.
In the 1960s, The Beatles were probably the most famous pop group in the whole world.
Since then, there have been a great many groups that have achieved enormous fame, so it is
perhaps difficult now to imagine how sensational. The Beatles were at that time. They
were four boys from the north of England and none of them had any training in music.
They started by performing and recording songs by black Americans and they had some success
with these songs. Then they started writing their own songs and that was when they became
really popular. The Beatles changed pop music. They were the first pop group to achieve great
success from songs they had written themselves. After that it became common for groups and
singers to write their own songs. The Beatles did not have a long career. Their first hit record
was in 1963 and they split up in 1970. They stopped doing live performances in 1966 because
it had become too dangerous for them – their fans were so excited that they surrounded them
and tried to take their clothes as souvenirs! However, today some of their songs remain as
famous as they were when they first came out. Throughout the world many people can sing part
of a Beatles song if you ask them.
Question 36: The passage is mainly about________.
A. Beatles more successful than other groups B. Why the Beatles split up after 7 years
C. The Beatles‟ fame and success D. Many people‟s ability to sing a Beatles
song
Question 37: The four boys of the Beatles________.
A. Came from the same family C. Were at the same age