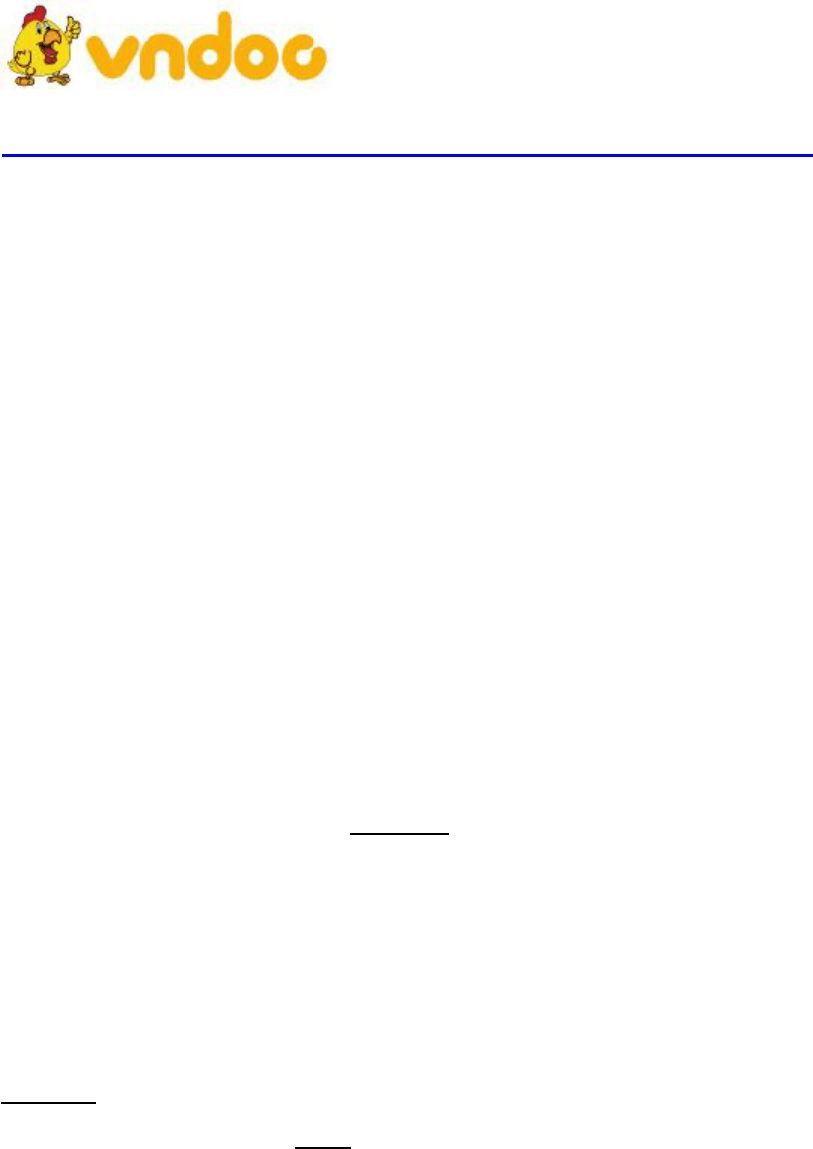 VnDoc - Tải tài liệu, văn bản pháp luật, biểu mẫu miễn phí
ĐỀ THI THỬ THPT QUỐC GIA MÔN TIẾNG ANH NĂM 2019
MÔN TIẾNG ANH CÓ ĐÁP ÁN
Read the following passage and choose the correct answer to each of the questions.
The history of clinical nutrition, or the study of the relationship between health and how the
body takes in and utilizes food substances, can be divided into four distinct eras: the first
began in the nineteenth century and extended into the early twentieth century when it was
recognized for the first time that food contained constituents that were essential for human
function and that different foods provided different amounts of these essential agents. Near
the end of this era, research studies demonstrated that rapid weight loss was associated with
nitrogen imbalance and could only be rectified by providing adequate dietary protein
associated with certain foods.
The second era was initiated in the early decades of the twentieth century and might be
called "the vitamin period". Vitamins came to be recognized in foods, and deficiency
syndromes were described. As vitamins became recognized as essential food constituents
necessary for health, it became tempting to suggest that every disease and condition for
which there had been no previous effective treatment might be responsive to vitamin therapy.
At that point in time, medical schools started to become more interested in having their
curricula integrate nutritional concepts into the basic sciences. Much of the focus of this
education was on the recognition of deficiency symptoms. Herein lay the beginning of what
ultimately turned from ignorance to denial of the value of nutritional therapies in medicine.
Reckless claims were made for effects of vitamins that went far beyond what could actually
be achieved from the use of them.
In the third era of nutritional history in the early 1950's to mid-1960's, vitamin therapy began
to fall into disrepute. Concomitant with this, nutrition education in medical schools also
became less popular. It was just a decade before this that many drug companies had found
their vitamin sales skyrocketing and were quick to supply practicing physicians with
generous samples of vitamins and literature extolling the virtue of supplementation for a

VnDoc - Tải tài liệu, văn bản pháp luật, biểu mẫu miễn phí
variety of health-related conditions. Expectations as to the success of vitamins in disease
control were exaggerated. As is known in retrospect, vitamin and mineral therapies are much
less effective when applied to health-crisis conditions than when applied to long-term
problems of under nutrition that lead to chronic health problems.
Question 1: What does the passage mainly discuss?
A. The stages of development of clinical nutrition as a field of study
B. The effects of vitamins on the human body
C. Nutritional practices of the nineteenth century
D. The history of food preferences from the nineteenth century to the present
Question 2: It can be inferred from the passage that which of the following discoveries was
made during the first era in the history of nutrition?
A. Effective techniques of weight loss were determined.
B. Vitamins were synthesized from foods.
C. Certain foods were found to be harmful to good health.
D. Protein was recognized as an essential component of diet
Question 3: The word “tempting” is closet in meaning to _____.
A. realistic B. attractive C. correct D. necessary
Question 4: It can be inferred from the passage that medical schools began to teach concepts
of nutrition in order to _____.
A. encourage medical doctors to apply concepts of nutrition in the treatment of disease
B. convince medical doctors to participate in research studies on nutrition
C. convince doctors to conduct experimental vitamin therapies on their patients
D. support the creation of artificial vitamins
Question 5: The word “reckless” is closest in meaning to _______.
A. informative B. recorded C. irresponsible D. urgent
Question 6: The word “them” refers to _____.
A. therapies B. vitamins C. effects D. claims
Question 7: Why did vitamin therapy begin losing favor in the 1950s? 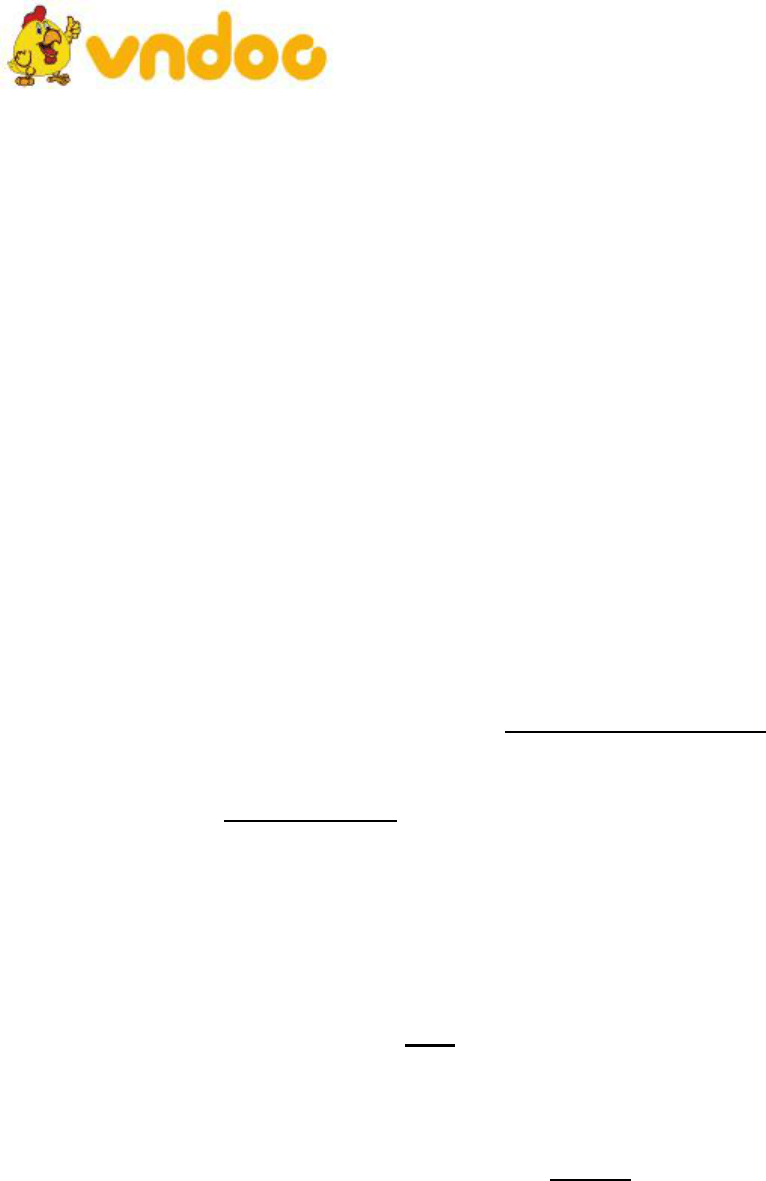 VnDoc - Tải tài liệu, văn bản pháp luật, biểu mẫu miễn phí
A. The public lost interest in vitamins.
B. Nutritional research was of poor quality.
C. Claims for the effectiveness of vitamin therapy were seen to be exaggerated.
D. Medical schools stopped teaching nutritional concepts.
Choose the most suitable response to complete each of the following exchanges.
Question 8: - “How about giving me a hand?” - “________.”
A. I promise B. No, not yet
C. You’re welcome D. Sure. I’d be glad to help
Question 9: - Ken: “I’ve got to go, Tom. So long” - Tom: “So long, Ken. And _______.”
A. be careful B. don’t hurry
C. take care D. don’t take it seriously
Choose the word(s) that is CLOSEST in meaning to the underlined word(s) in each of
the following questions.
Question 10: In Africa, many children die from not having enough food.
A. poverty B. starvation C. drought D. malnutrition
Question 11: Unless I miss my guess, your computer needs a new hard drive.
A. you are my guess B. I break the soft drive
C. I make a mistake D. you lack money
Choose the word(s) that is OPPOSITE in meaning to the underlined word(s) in each of
the following questions.
Question 12: Population growth rates vary among regions and even among countries within
the same region.
A. restrain B. remain unstable C. fluctuate D. stay unchanged
Question 13: In some countries, the disease burden could be prevented through
environmental improvements.
A. something enjoyable B. something to stiffer
B. something sad D. something to entertain
Pick out the correct answer to each of the following questions.