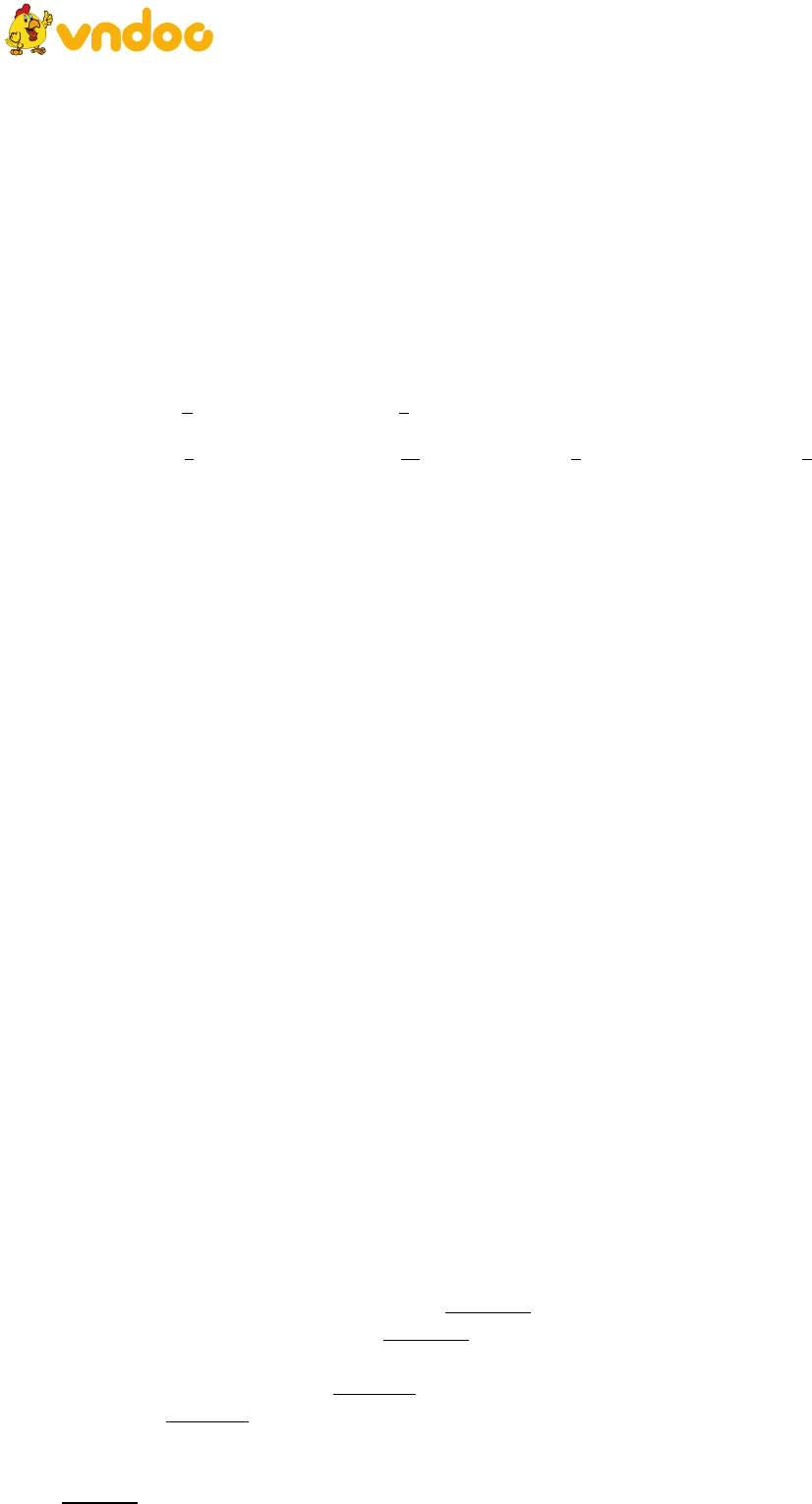 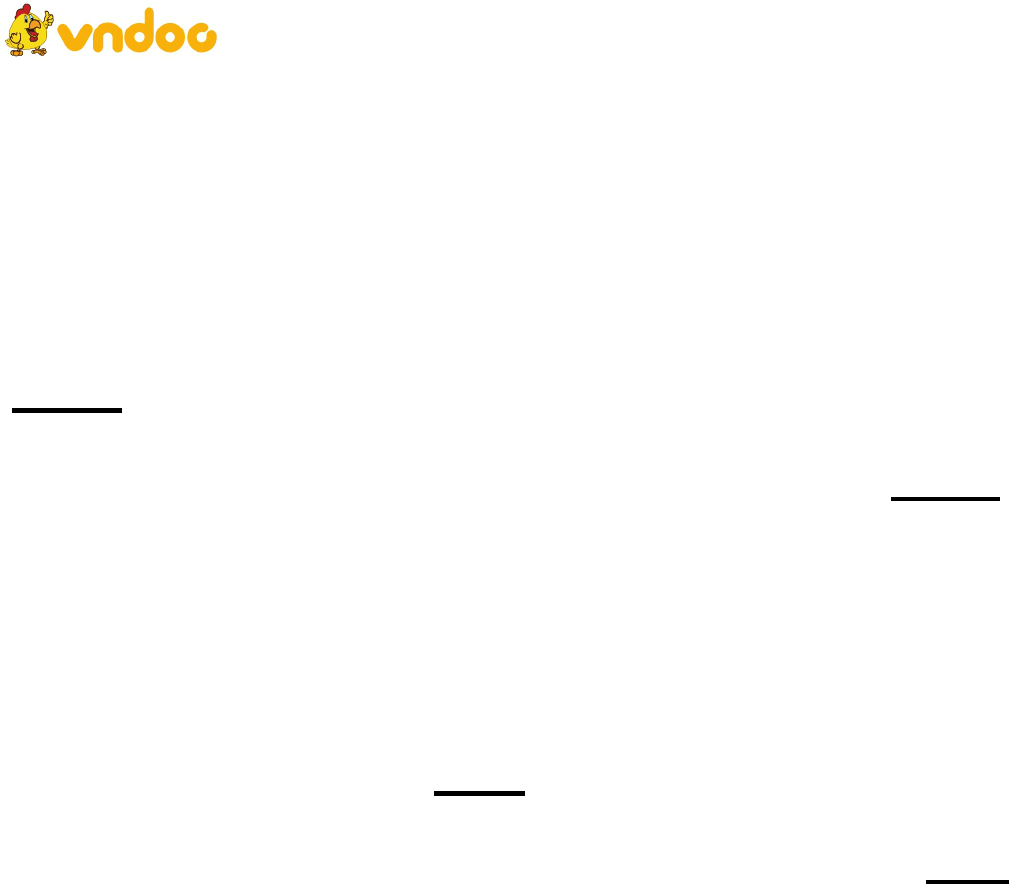 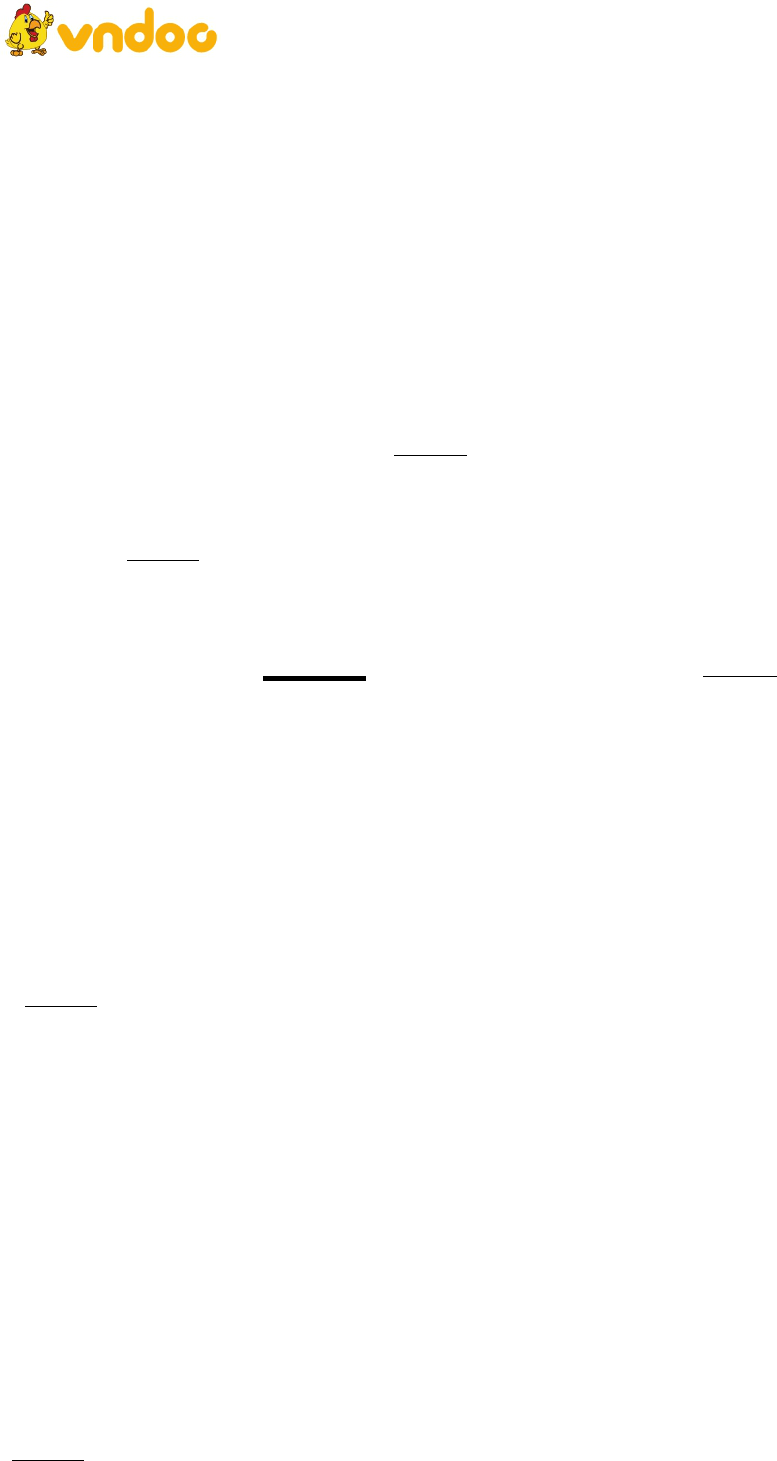 VnDoc - Tải tài liệu, văn bản pháp luật, biểu mẫu miễn
phí
E
Đ
and any ornament should be based on geometric relationships. This new design concept, coupled with the
sharp postwar reactions to the styles and conventions of the preceding decades, created an entirely new
public taste which caused Art Nouveau types of glass to fall out of favor. The new taste demanded
dramatic effects of contrast, stark outline and complex textural surfaces.
Question 17: What does paragraph 1 mainly discuss?
A.
Design elements in the Art Nouveau style
B.
The popularity of the Art Nouveau style
C.
Production techniques for art glass
D.
Color combinations typical of the Art Nouveau style
Question 18: The word “one” refers to .
A. century. B. development. C. style. D. coloration.
Question 19: Para.1 mentions that Art Nouveau glass was sometimes similar to which aspect of ancient
buried glass .
A. The distortion of the glass B. The appearance of the glass surface
C. The shapes of the glass objects D. The size of the glass objects
Question 20: The word “overtaken” in line 19 is closest in meaning to .
A. surpassed B. inclined C. expressed D. applied
Question 21: What does the author mean by stating that “function should determine form”?
A.
A useful object should not be attractive.
B.
The purpose of an object should influence its form.
C.
The design of an object is considered more significant than its function.
D.
The form of an object should not include decorative elements.
Question 22: It can be inferred from the passage that one reason Functionalism became popular was that
it .
A.
clearly distinguished between art and design
B.
appealed to people who liked complex painted designs
C.
reflected a common desire to break from the past
D.
was easily interpreted by the general public
Question 23: Paragraph 3 supports which of the following statements about Functionalism?
A.
Its design concept avoided geometric shapes.
B.
It started on a small scale and then spread gradually.
C.
It was a major force in the decorative arts before the First World War.
D.
It was not attractive to architects all designers.
Question 24: According to the passage, an object made in the Art Nouveau style would most likely include
.
A. a flowered design. B. bright colors. C. modern symbols. D. a textured surface.
Mark the letter A, B, C, or D on your answer sheet to indicate the most suitable response to complete