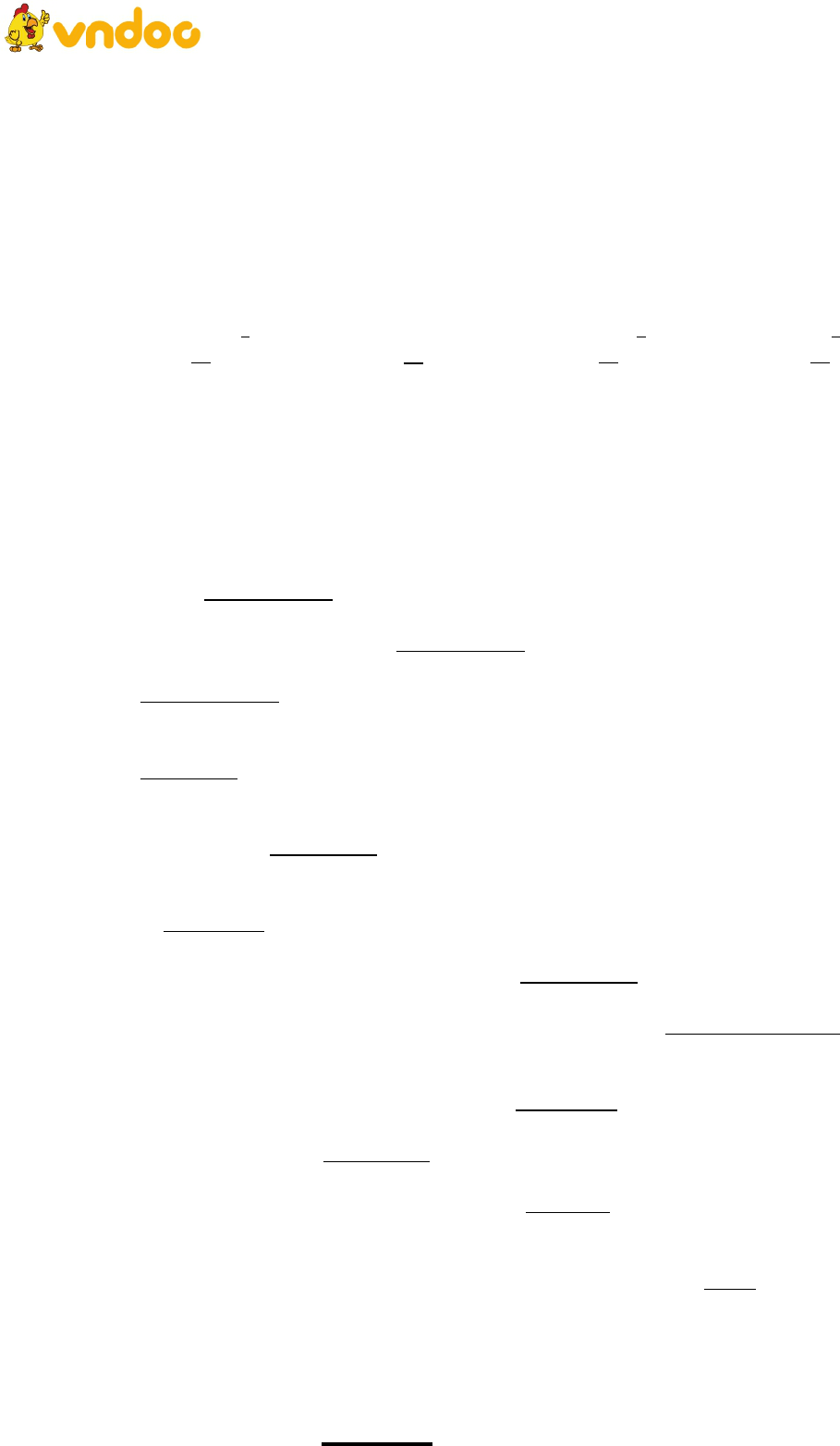 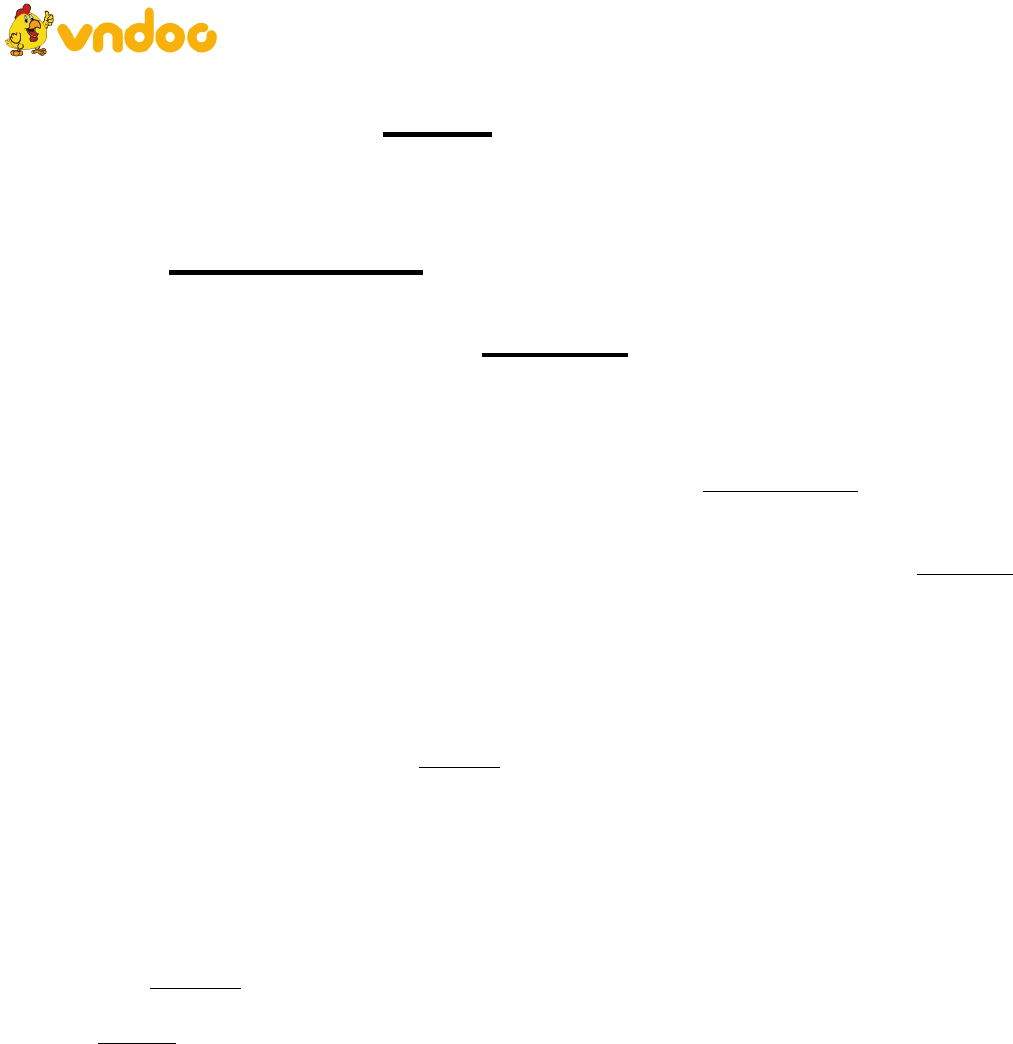 VnDoc - Tải tài liệu, văn bản pháp luật, biểu mẫu miễn phí
E
Đ
T
A. superior B. mandatory C. beneficial D. constructive
Question 18. Scientists warn of the impending extinction of many species of plants and animals.
A. inevitable B. imminent C. controversial D. absolute
Mark the letter A, B, C or D on your answer sheet to indicate the word (s) OPPOSITE in meaning to
the underlined word (s) in each of the following questions.
Question 19. Language teaching in the United State is base on the idea that the goal of language
acquisition is communicative complete.
A. not good at socializing. B. unable to understand
C.
excellent in orating in front of others D. incapable of working with words
Question 20. This is new washing machine is not a patch on our old one. These clothes are still dirty.
A.
to be expensive B. to be strange C. to be broken D. to be better
Mark the letter A, B, C, or D on your answer sheet to indicate the most suitable response to complete
each of the following exchanges.
Question 21. “If only I hadn’t lent him all my money!” -“ ”
A. Well, you did, so it’s no use crying over spilt milk. B. All right. You will be OK.
C. Sorry, I have no idea. D. I’m afraid you will have to do it.
Question 22. Tom: “Do you want me to give you a hand with the washing?” Maria: “ .”
A. No, thanks. You can say that again B. No, thanks. I can manage it myself
C. Of course, not for me D. Thanks. Your hands are so warm.
Read the following passage and mark the letter A, B, C, or D on your answer sheet to indicate the
correct word or phrase that best fits each of the numbered blanks from 29 to 33.
Tim Samaras is a storm chaser. His job is to find tornadoes and follow them. When he gets close
to a tornado, he puts a special tool (29) a turtle probe on the ground. This tool measures things
like a twister’s temperature. Humidity, and wind speed. With this information, Samaras can learn what
causes tornadoes to develop. If meteorilogists understand this, they can warn people (30) sooner and
save lives.
How does Samaras hunt tornadoes? It’s not easy. First, he has to find one. Tornadoes are too
small to see using weather satellites. So Samaras can’t rely on these tools to find a twister. (31)_____,
he waits for tornadoes to develop.
Once Samaras sees a tornado, the chase begins. But a tornado is hard to follow. Some tornadoes
change (32) _______ several times – for example, moving east and then west and then east again. When
Samaras finally gets near a tornado, her puts the turtle probe on the ground. Being this close to a twister
is (33) . He must get away quickly.
Question 23. A. called B. known C. made D. meant
Question 24. A. with B. about C. at D. for
Question 25. A. Rather B. Still C. Instead D. Yet
Question 26. A. progression B. movement C. dimension D. direction
Question 27. A. terrify B. terrifying C. terrified D. terrifies
Read the following passage and mark the letter A, B, C or D on your answer sheet to indicate the
correct answer to each of the following questions.
A survey is a study, generally in the form of an interview or a questionnaire, which provides
information concerning how people think and act. In the United States, the best-known surveys are the
Gallup poll and the Harris poll. As anyone who watches the news during presidential campaigns knows,
these polls have become an important part of political life in the United States.
North Americans are familiar with the many "person on the street" interviews on local television
news shows. While such interviews can be highly entertaining, they are not necessarily an accurate
indication of public opinion. First, they reflect the opinions of only those people who appear at a certain
location. Thus, such samples can be biased in favor of commuters, middle-class shoppers, or factory
workers, depending on which area the new people select. Second, television interviews tend to attract 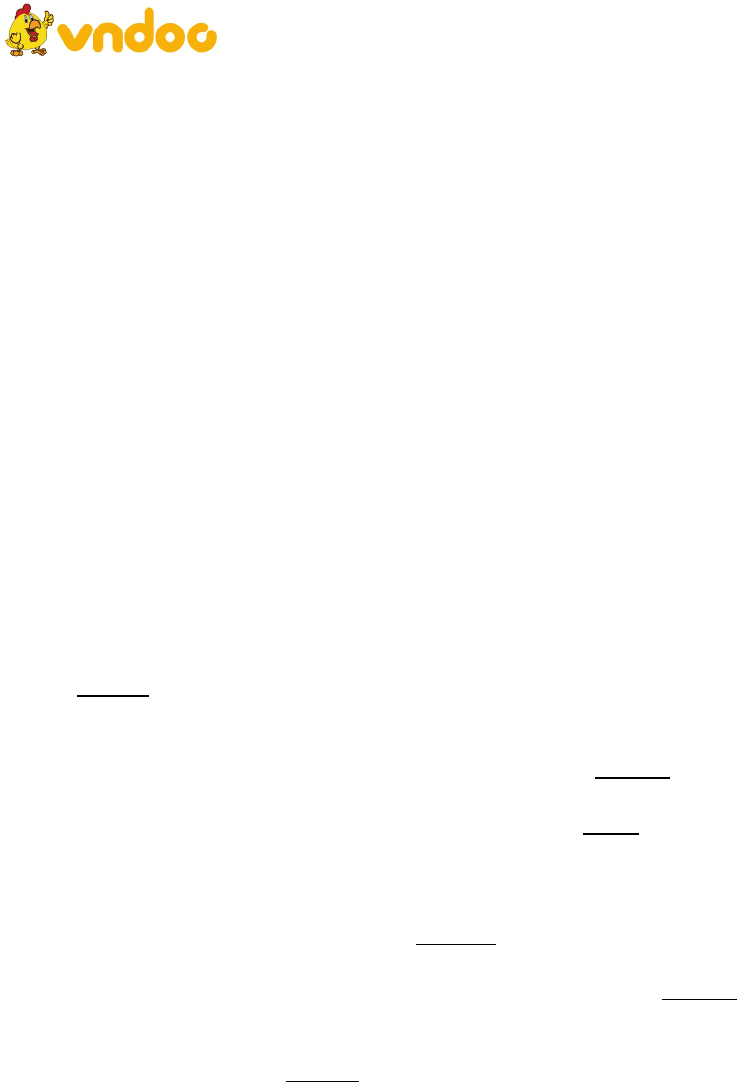 VnDoc - Tải tài liệu, văn bản pháp luật, biểu mẫu miễn phí
E
Đ
T
outgoing people who are willing to appear on the air, while they frighten away others who may feel
intimidated by a camera. A survey must be based on a precise, representative sampling if it is to
genuinely reflect a broad range of the population.
In preparing to conduct a survey, sociologists must exercise great care in the wording of
questions. An effective survey question must be simple and clear enough for people to understand it. It
must also be specific enough so that there are no problems in interpreting the results. Even questions that
are less structured must be carefully phrased in order to elicit the type of information desired. Surveys
can be indispensable sources of information, but only if the sampling is done properly and the questions
are worded accurately.
There are two main forms of surveys: the interview and the questionnaire. Each of these forms of
survey research has its advantages. An interviewer can obtain a high response rate because people find it
more difficult to turn down a personal request for an interview than to throw away a written
questionnaire. In addition, an interviewer can go beyond written questions and probe for a subject's
underlying feelings and reasons. However, questionnaires have the advantage of being cheaper and more
consistent.
Question 28. What does the passage mainly discuss?
A.
The principles of conducting surveys
B.
The importance of polls in American political life
C.
Problems associated with interpreting surveys
D.
The history of surveys in North America
Question 29. According to the passage, the main disadvantage of person-on-the-street interviews is that
they .
A. are not based on a representative sampling B. reflect political opinions
C. are not carefully worded D. are used only on television
Question 30. The word "precise" is closest in meaning to .
A. accurate B. rational C. required D. planned
Question 31. According to the reading passage, there are main categories of surveys.
A. four B. five C. two D. three
Question 32. Which word is given definition in the text?
A. sampling B. poll C. survey D. interview
Question 33. The word "they" refers to .
A. interviews B. opinions C. news shows D. North Americans
Question 34. The word "indispensable" is closest in meaning to .
A. simple B. complicated C. expensive D. necessary
Question 35. It can be inferred from the passage that one reason that sociologists may become frustrated
with questionnaires is that .
A.
respondents often do not complete and return questionnaires
B.
questionnaires are expensive and difficult to distribute
C.
respondents are too eager to supplement questions with their own opinions
D.
questionnaires are often difficult to read
Read the following passage and mark the letter A, B, C, or D on your answer sheet to indicate the
correct answer to each of the questions from 36 to 42.
Global emissions of carbon dioxide from fossil fuel burning jumped by the largest amount on
record in 2010. Emissions rose 5.9 percent in 2010, according to an analysis released on Sunday by the
Global Carbon Project.
Scientists said the increase was almost certainly the largest absolute jump in any year since the
Industrial Revolution. The increase solidified a trend of ever-rising emissions that will make it difficult,
if not impossible, to stop severe climate change in coming decades.
The burning of coal represented more than half of the growth in emissions, the analysis found. In
the United States, emissions dropped by a remarkable 7 percent in the year of 2009, but rose by over 4
percent in 2010, the new analysis shows.