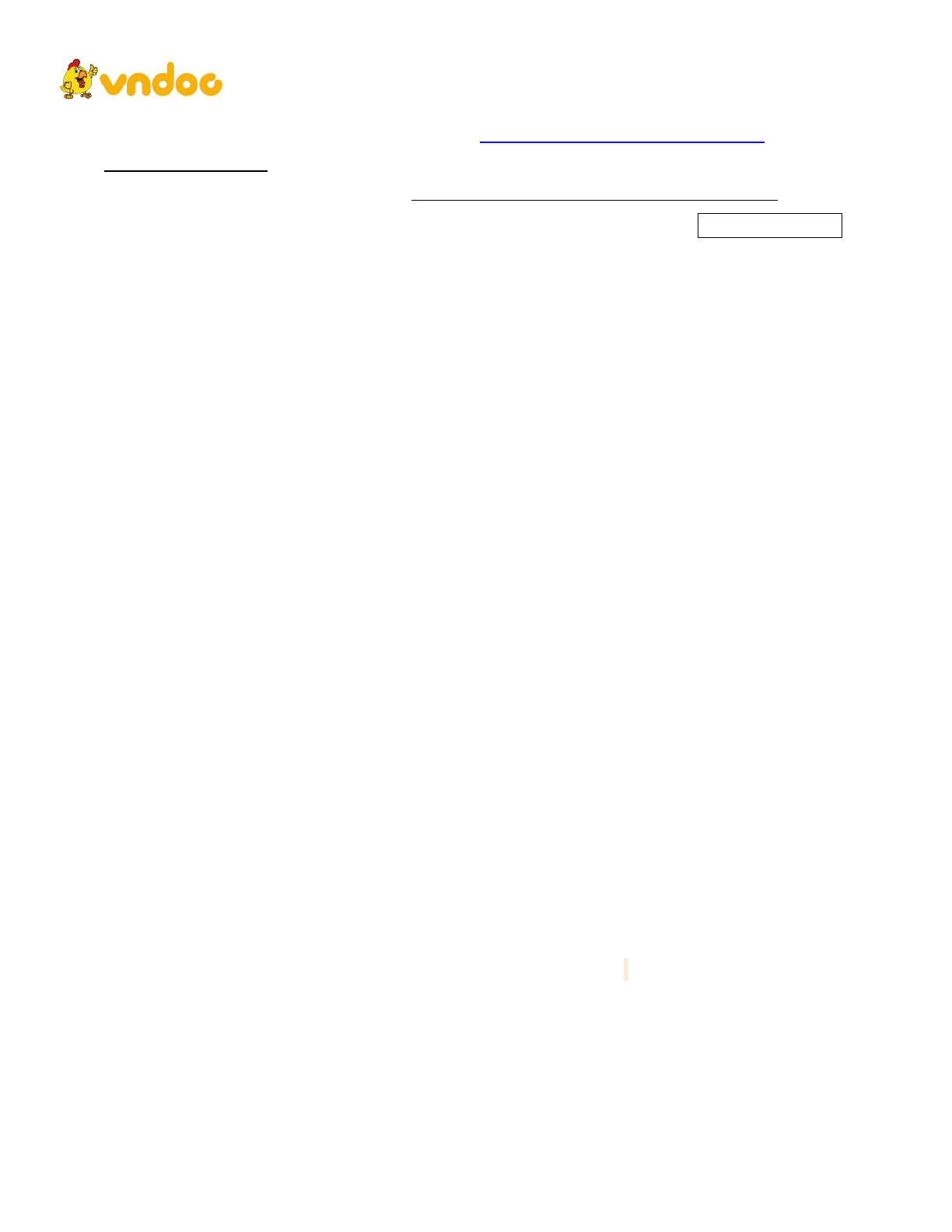 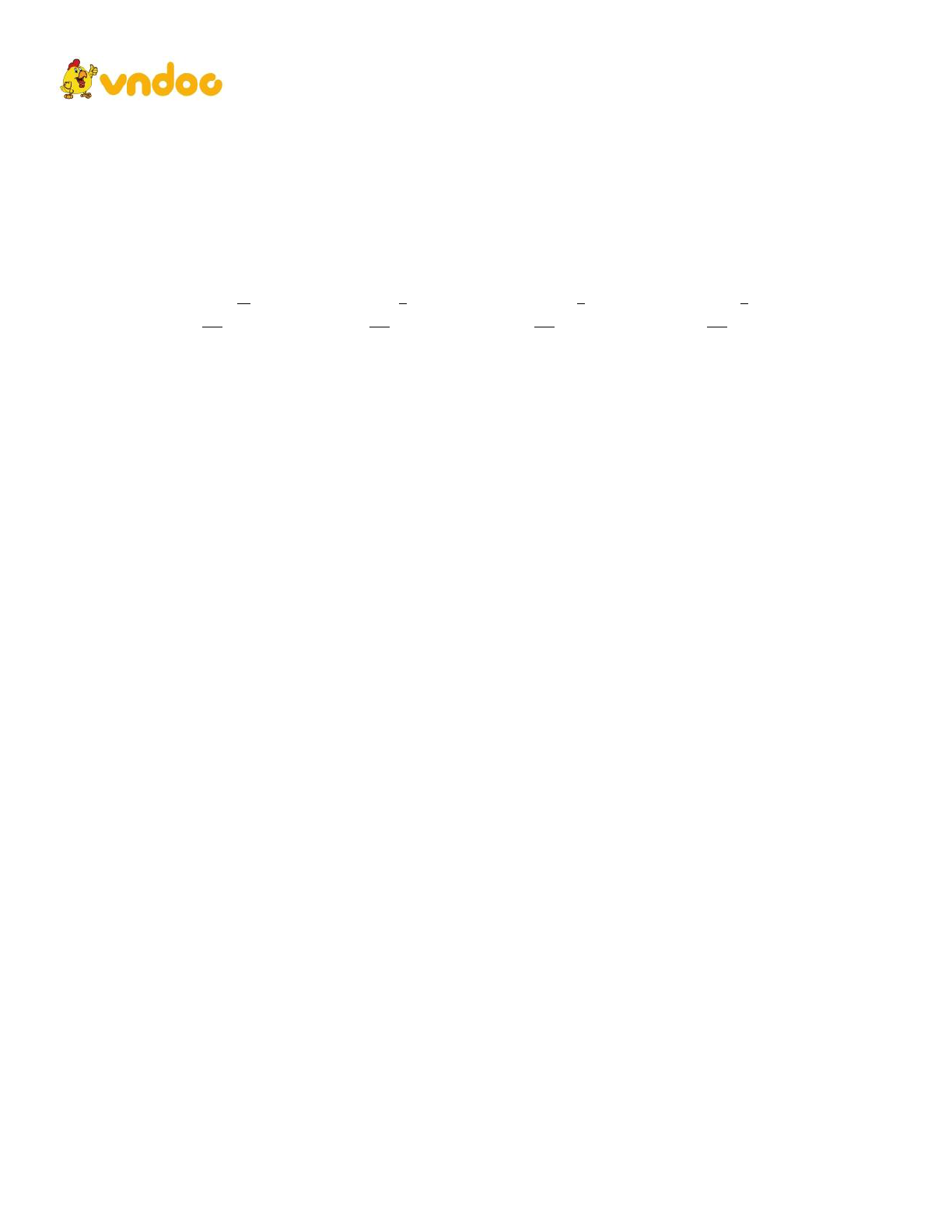 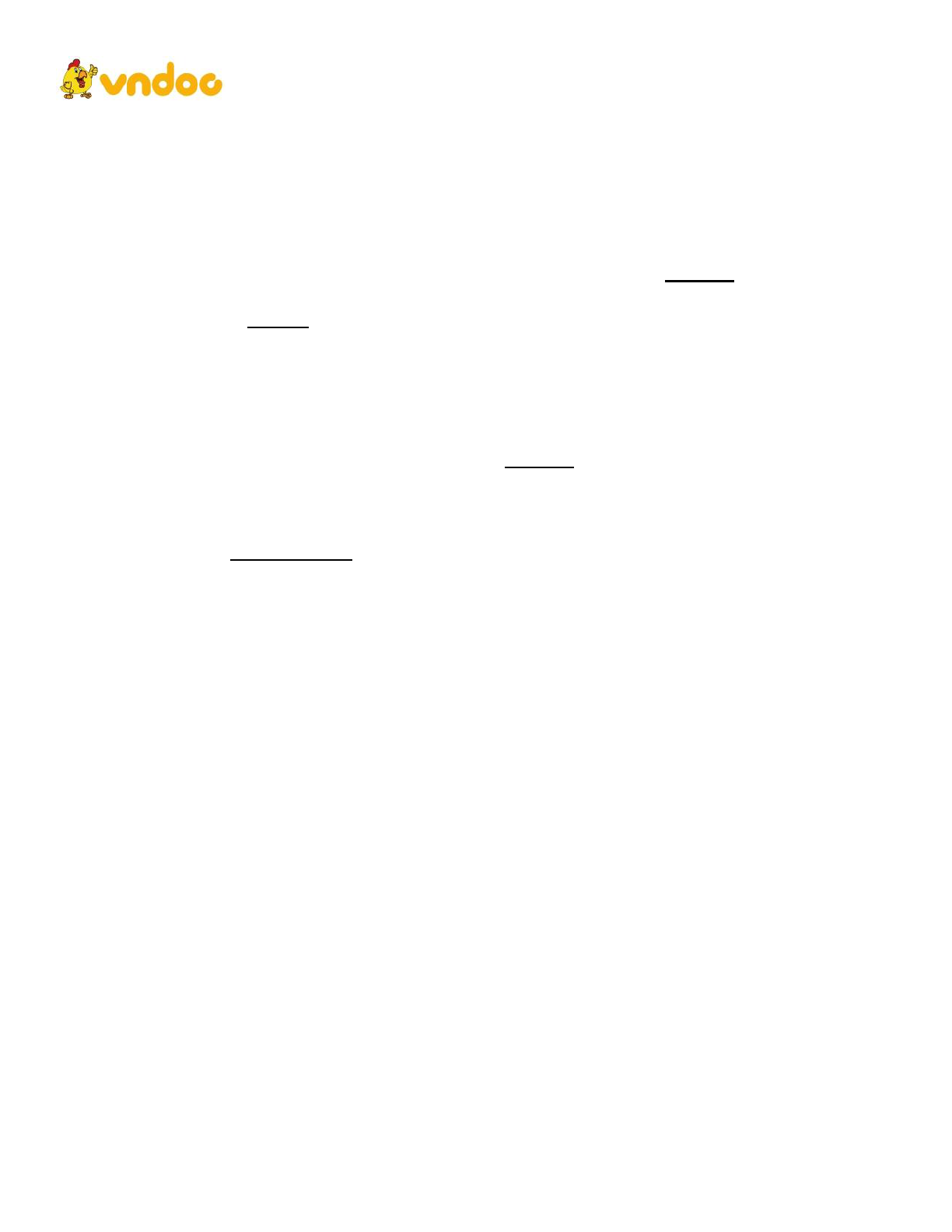 VnDoc - Tải tài liệu, văn bản pháp luật, biểu mẫu miễn phí
3
Question 21. A. discourage B. caution C. oppose D. approve
Question 22. A. think B. put C. fall D. go
Question 23. A. who B. which C. whose D. whom
Mark the letter A, B, C, or D on your answer sheet to indicate the word(s) CLOSEST in meaning
to the underlined word(s) in each of the following questions.
Question 24. Technological changes have rendered many traditional skills obsolete.
A. outdated B. impractical C. unappreciated D. undeveloped
Question 25. By being thrifty and shopping wisely housewives in the city can feed an entire family on
as little as 500.000 VND a week.
A. luxurious B. economical C. sensible D. miserable
Mark the letter A, B, C, or D on your answer sheet to indicate the word(s) OPPOSITE in
meaning to the underlined word(s) in each of the following questions.
Question 26. Research suggests that children are more resilient than adults when it comes to getting
over an illness.
A. becoming much stronger B. becoming healthy again
C. making a slow recovery D. making a quick recovery
Question 27. Blue is an old hand at such compositions and has never had any trouble with them.
A.relaxed about B. reserved about C. uninterested in D. inexperienced in
Read the following passage and mark the letter A, B, c or D to indicate the correct answer to each of the
questions.
FLASH MOBS - A NEW KIND OF EVENT
In 2003, an unusually large number of customers arrived without warning in the carpet
department of Macy's Department store in New York. The assistants couldn't see why all of them were
so interested in buying exactly the same carpet. In 2006,4,000 people arrived with MP3 players and
headsets at a London railway station and started dancing at a set time. As no music could be heard, this
looked very strange. Police were even called to make sure that trains continued to run on time, but
when they arrived the dancers had gone. In March 2013, more than 2,000 people gathered in Seoul,
South Korea, complete with musical instruments, and started to dance. Many were students from
Sungsin Girls' High School - they joined other Earth Hour supporters and collected a staggering
150,000 signatures from local citizens in support of the campaign. In Korea, an estimated 12 million
people participated in Earth Hour 2013. These are three samples of 'flash mob' events, when a crowd of
people suddenly come together in a public place, perform an unusual action, and appear as quickly as
they appear. They are organised using electronic media such as mobile phones or the internet.
To their fans, flash mobs are simply a chance to have some lighthearted, if rather silly, fun.
However, when just under 2,000 people got together in San Francisco for an enormous pillow fight, it
ended up costing thousands of dollars. Unfortunately, a heavy rainstorm meant that the city was left
covered with wet feathers, which caused streets, shops, and a restaurant to be flooded, and ruin
the local
fountain. It took several days to put the damage right
.
Norman Dito, head of the city's Recreation and
Park Department said, 'In future, organisers of such events should apply for permission beforehand and
pay the standard fee to cover security, insurance, and cleaning up afterwards. Sadly, I think this is