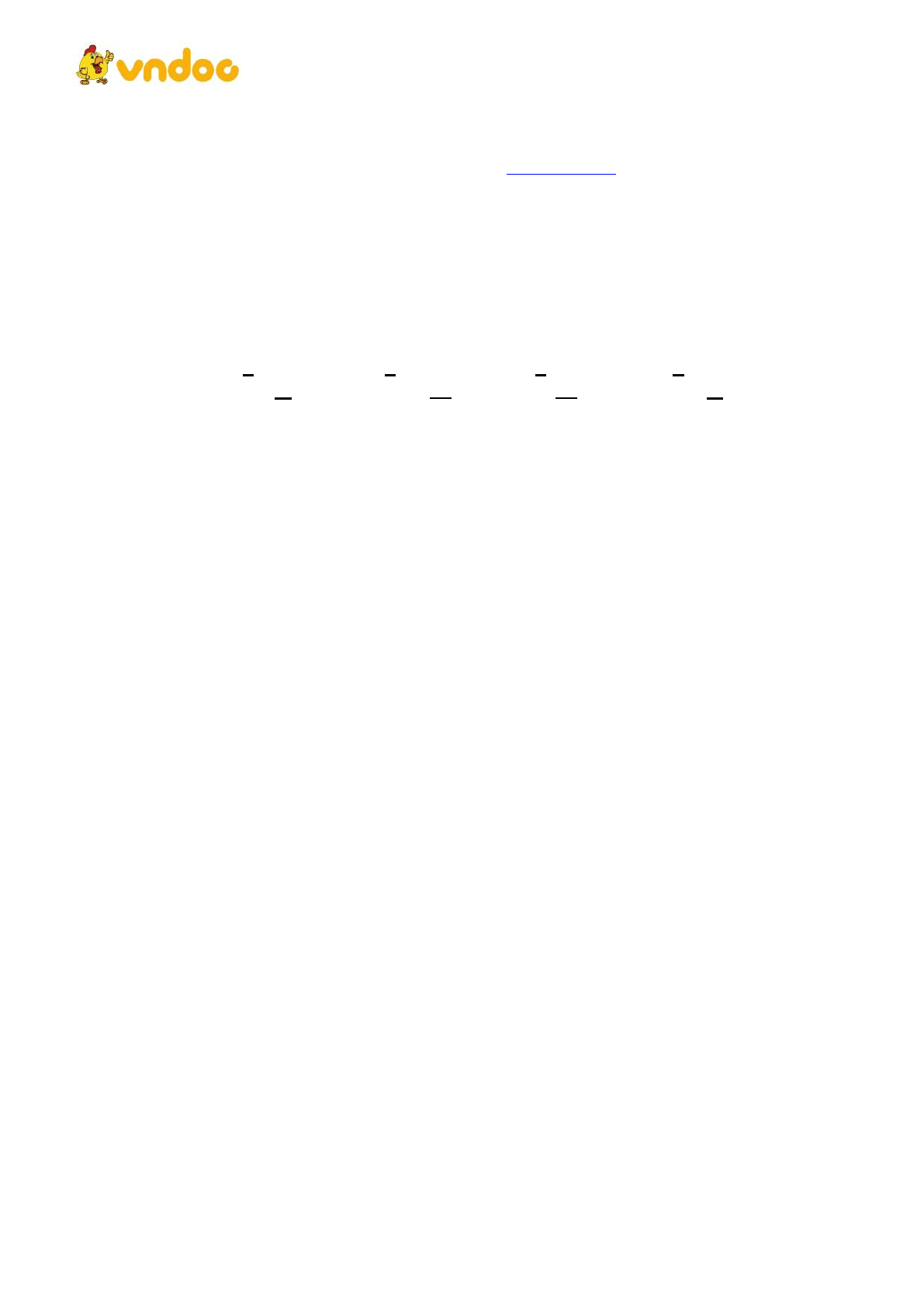 VnDoc - Tải tài liệu, văn bản pháp luật, biểu mẫu miễn phí
SƠ
̉
GD&ĐT VI
̃
NH
PHU
́
C
TRƯƠ
̀
NG THPT LIÊ
̃
N
SƠN
(Đề thi gồm: 05 trang)
ĐỀ KTCL ÔN THI THPT QUỐC GIA NĂM 2018-
2019
Môn: TIẾNG ANH – ĐÊ
̀
SỐ 008
Thời gian làm bài: 60 phút, không kể thời gian phát đề
Mark the letter A, B, C, or D on your answer sheet to indicate the word whose bold and
underlined part differs from the other three in pronunciation in each of the following
questions.
Question 01:
A. custom
B. cushion
C. mushroom
D. culture
Question 02:
A. presses
B. precedes
C. judges
D. catches
Mark the letter A, B, C, or D on your answer sheet to indicate the correct answer to each of the
following questions.
Question 03: I am sure your sister will lend you a sympathetic________ when you explain the
situation to her.
A. eye B. ear C. arm D. finger
Question 04: Mr. Pike is certainly a________ writer; he has written quite a few books this year.
A. prolific B. fruitful C. fertile D. successful
Question 05: We were quite impressed by the________ students who came up with the answer to
our question almost instantly.
A. absent-minded B. big-headed C. quick-witted D. bad-tempered
Question 06: My cousin was nervous about being interviewed on television, but he________ to
the occasion wonderfully.
A. raised B. rose C. fell D. faced
Question 07: Daisy has spent the last two weekends________ hundreds of photographs so that
she can put them in separate albums.
A. playing at B. sorting out C. cutting off D. filling up
Question 08: I didn’t see the red light at the crossroads. Otherwise, I________ my car.
A. stopped B. had stopped C. would have stopped D. would stop
Question 09: I much preferred it when we________ to Wales every summer on holiday.
A. used to go B. were used to going C. had gone D. have been going
Question 10: The incident happening last week left her________ confused and hurt.
A. feel B. felt C. feeling D. to feel
Question 11: “We gave them the money yesterday, but we haven't received a receipt yet,
________?’’ she asked her husband.
A. didn't we B. have we C. did we D. haven’t we
Question 12: You and your big mouth! It was supposed to be a secret. You________ her!
A. shouldn't have told B. mightn’t have told C. mustn't have told D. couldn't have told
Question 13: Despite their normal cylindrical form, some of the documents________ on silk that
were found at Mawangdui, an archaeological site in southeastern China, were folded into
rectangles.
A. wrote B. written C. were written D. be written
Question 14: John's________ and efficiency at the company led to his promotion to Sales
Manager.
A. punctuality B. punctual C. punctuate D. punctually 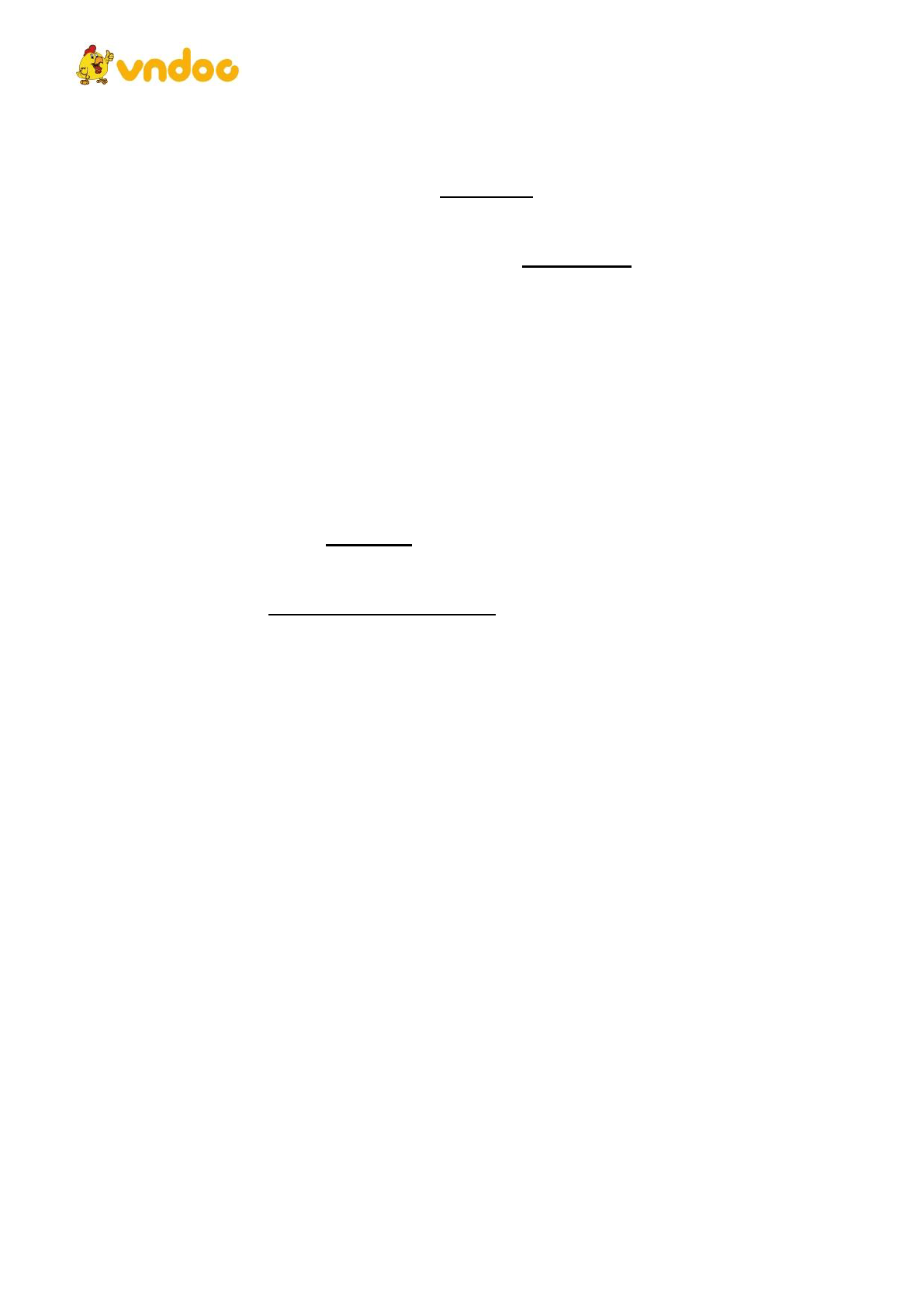 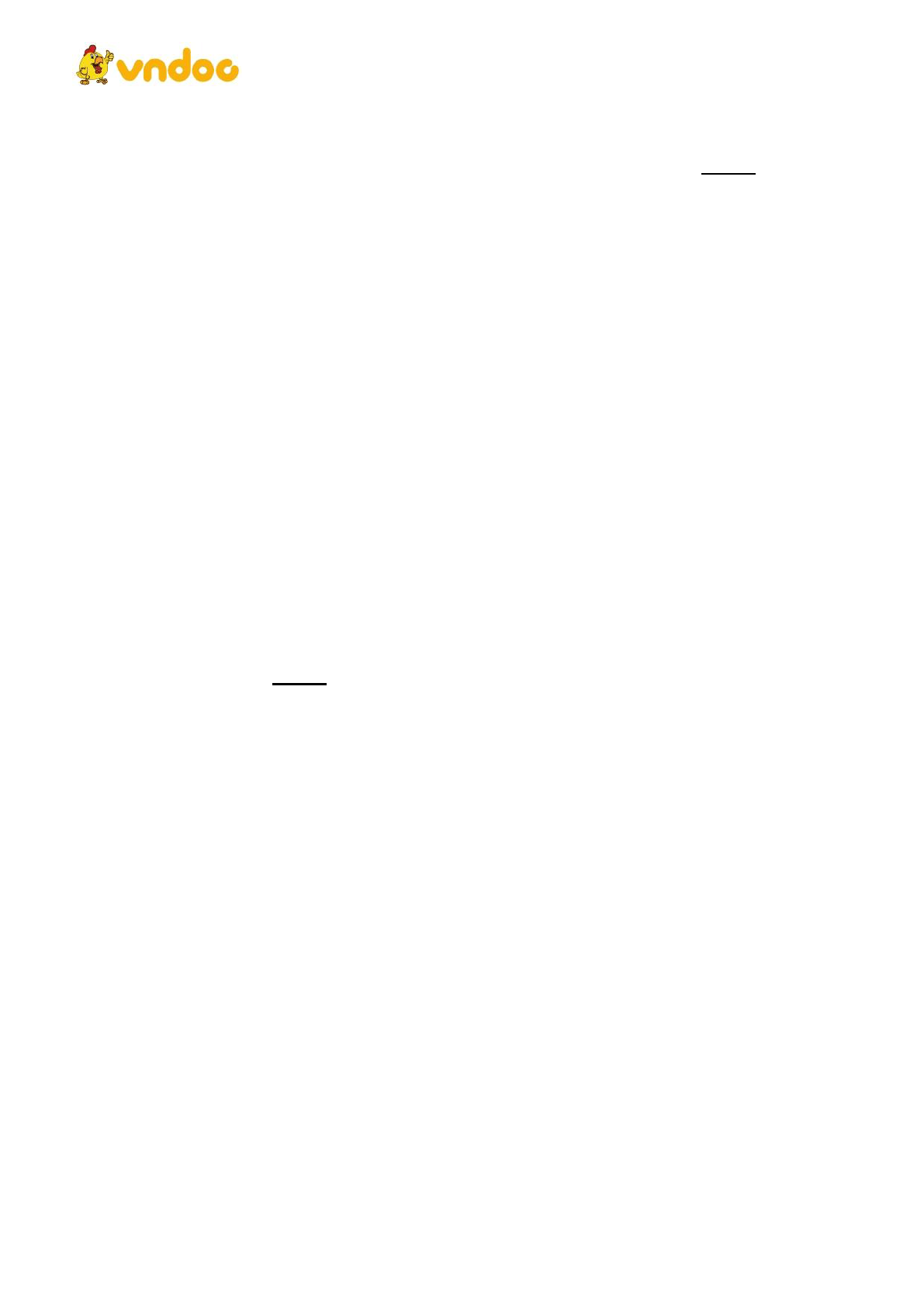 VnDoc - Tải tài liệu, văn bản pháp luật, biểu mẫu miễn phí
Read the following passage and mark the letter A, B, C or D on your answer sheet to indicate
the correct answer to each of the questions.
Since water is the basis of life, composing the greater part of the tissues of all living
things, the crucial problem of desert animals is to survive in a world where sources of flowing
water are rare. And since man’s inexorable necessity is to absorb large quantities of water at
frequent intervals, he can scarcely comprehend that many creatures of the desert pass then entire
lives without a single drop.
Uncompromising as it is, the desert has not eliminated life but only those forms unable to
withstand its desiccating effects. No moist- skinned, water-loving animals can exist there. Few
large animals are found. The giants of the North American desert are the deer, the coyote, and the
bobcat. Since desert country is open, it holds more swift-footed running and leaping creatures
than the tangled forest. Its population is largely nocturnal, silent, filled with reticence, and ruled
by stealth. Yet they are not emaciated.
Having adapted to their austere environment, they are as healthy as animals anywhere else
in the word. The secret of their adjustment lies in the combination of behavior and physiology.
None could survive if, like mad dogs and Englishmen, they went out in the midday sun; many
would die in a matter of minutes. So most of them pass the burning hours asleep in cool, humid
burrows underneath the ground, emerging to hunt only by night. The surface of the sun-baked
desert averages around 150 degrees, but 18 inches down the temperature is only 60 degrees.
Question 26: Man can hardly understand why many animals live their whole life in the desert, as
_________. A. very few lager animals are found in the desert
B. water composes the greater part of the tissues of living things
C. sources of flowing water are rare in a desert
D. water is an essential part of his existence
Question 27: The word “tissues” in the passage mostly means_________.
A. “very small living things that cause infectious disease in people, animals and plants”
B. “the simplest forms of life that exist in air, water, living and dead creatures and plants”
C. “collections of cells that form the different parts of humans, animals and plants”
D. “the smallest units of living matter that can exist on their own”
Question 28: The author mentions all the following as examples of the behaviour of desert
animals EXCEPT_______. A. they are noisy and aggressive B. they sleep during the day
C. they dig home underground D. they are watchful and quiet
Question 29: According to the passage, creatures in the desert_________.
A. run and leap faster than those in the tangled forest
B. run and leap more slowly than those in the tangled forest
C. are not as healthy as those anywhere else in the world
D. are more active during the day than those in the tangled forest
Question 30: We can infer from the passage that_________.
A. healthy animals live longer lives B. desert life is colorful and diverse
C. water is the basis of desert life D. living things adjust to their
environment
Question 31: According to the passage, one characteristic of animals living in the desert is that
_________.
A. they can hunt in temperature of 150 degrees
B. they are less healthy than animals living in other places
C. they live in an accommodating environment
D. they are smaller and fleeter than forest animals
Question 32: The title for this passage could be_________.