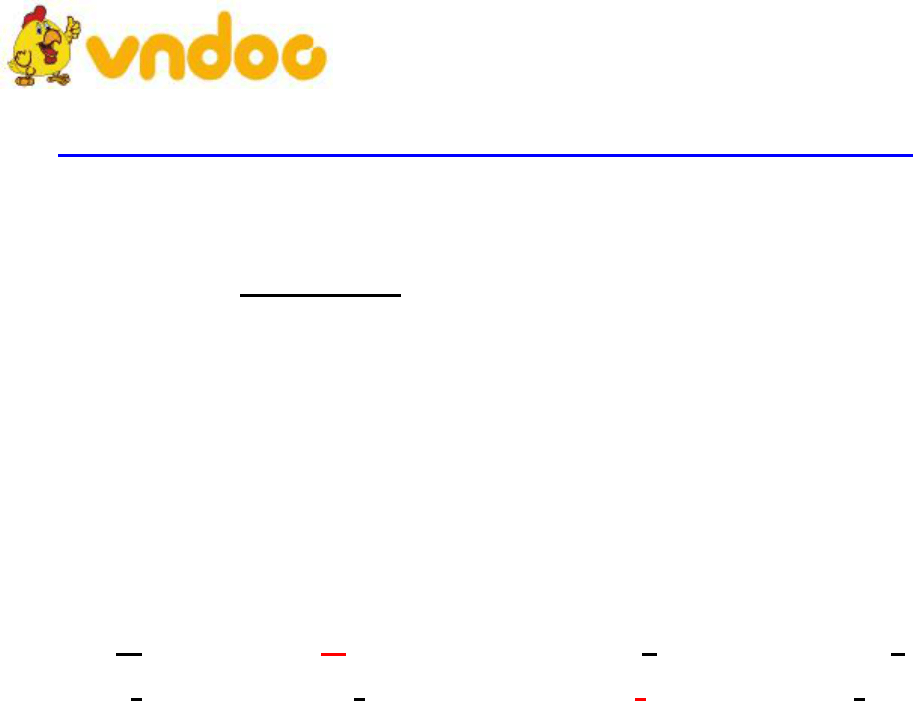 VnDoc - Tải tài liệu, văn bản pháp luật, biểu mẫu miễn phí
12: I prepared.......my trip very carefully, and I still forgot my toothbrush!
A. about B. on C. for D. with
13: Public......in this city is quite good, and it’s not expensive.
A. travel B. vehicle C. transport D. journey
14: I........a lot of money on my credit cards and I don't know if I can pay it back.
A. owe B. obtain C. own D. cost
15: Watch out, or you......off the boat!
A. are going to fall B. fell C. are falling D. fall
16: Dogs make very....... pets. They'll always stay by your side.
A. loyal B. mental C. digital D. private
17: The 1
st
week of classes at university is a little ....... because so many students get lost,
change classes or go to the wrong place.
A. uncontrolled B. arranged C. chaotic D. notorious
Mark the word(s) CLOSEST in meaning to the underlined word(s) in each of the
following questions.
18: Western second-hand cars have flooded the market.
A. been available in great numbers B. been soaked in water
C. been sold at cheap price D. become more expensive
19: He made no bones about his dissatisfaction with the service.
A. drop a brick B. raised the roof
C. kicked up a row D. did not try to hide his feelings
Mark the sentence that best combines each pair of sentences in the following questions.
20: Tom's not a young man. He must be fifty years old.
A. Tom will be glad when he’s fifty years old.
B. Tom is certainly fifty years old; maybe he’s more.
C. Tom’s much older, but he likes you to think he’s only fifty.
D. He’s got to be fifty before we can say he’s old.
21: He decided not to go to university. He went to work in a restaurant. 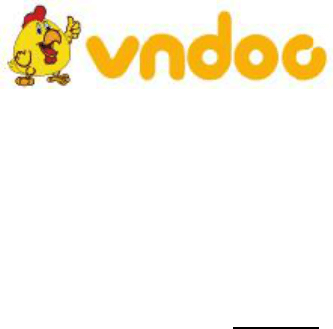 VnDoc - Tải tài liệu, văn bản pháp luật, biểu mẫu miễn phí
A. Despite of going to university he went to work in a restaurant.
B. But for going to university, he went to work in a restaurant.
C. He decided to work in a restaurant because he liked it.
D. He went to work in a restaurant instead of going to university.
Read the following passage and mark the correct answer to each of the following
questions.
It seems as if every time you turn on the television news, you hear one or the other of
the following catchphrases of the 1990s: global warming, greenhouse effect, climate change.
As it often is with catchphrases, hardly anyone knows what these phrases really mean or
how they relate to each other.
In the past 100 years, in our effort to make the Earth a more civilized place, industrial
production has increased by fifty times. Four fifths of that growth has come since 1950. This
production - most of it based on the burning of wood, and of fossil fuels like coal, oil, and
natural gas - has greatly increased the amount of carbon dioxide in the atmosphere. When
fossil fuels are burned, they release carbon into the air in the form of carbon dioxide. Carbon
dioxide allows heat that would normally escape from the Earth's atmosphere to remain
trapped, as it would in a greenhouse - thus the greenhouse effect.
When do you burn fossil fuels? When you turn on a light, or run an air conditioner, or
take a hot shower, or make toast, you contribute to the greenhouse effect. It is a by-product
of the use of energy- electricity, gasoline, or oil.
But how can carbon dioxide be bad when human beings exhale it every time they
breathe? Plants need carbon dioxide; they use it to grow. Oceans absorb it. And forests drink
it in. Without carbon dioxide, the average surface temperature on Earth would be 0 degrees
Fahrenheit, instead of 59 degrees Fahrenheit. In nature, carbon dioxide is necessary and
harmless. Here is the problem: in our effort to make the world a more comfortable place,
people have produced far too much of it.
Scientists have calculated that the atmosphere before the Industrial Revolution
contained about 280 parts per million of carbon dioxide - the highest level recorded in the