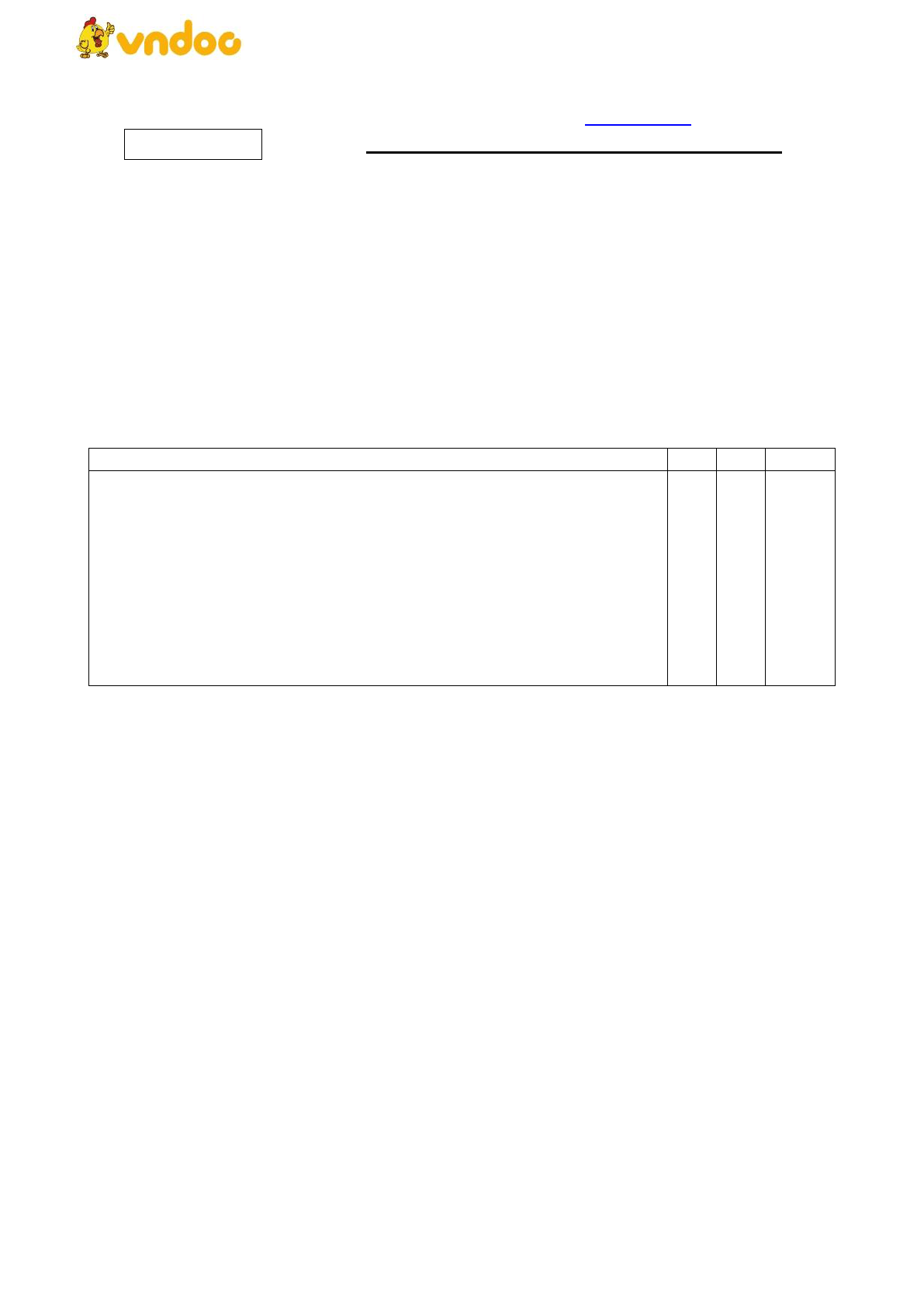 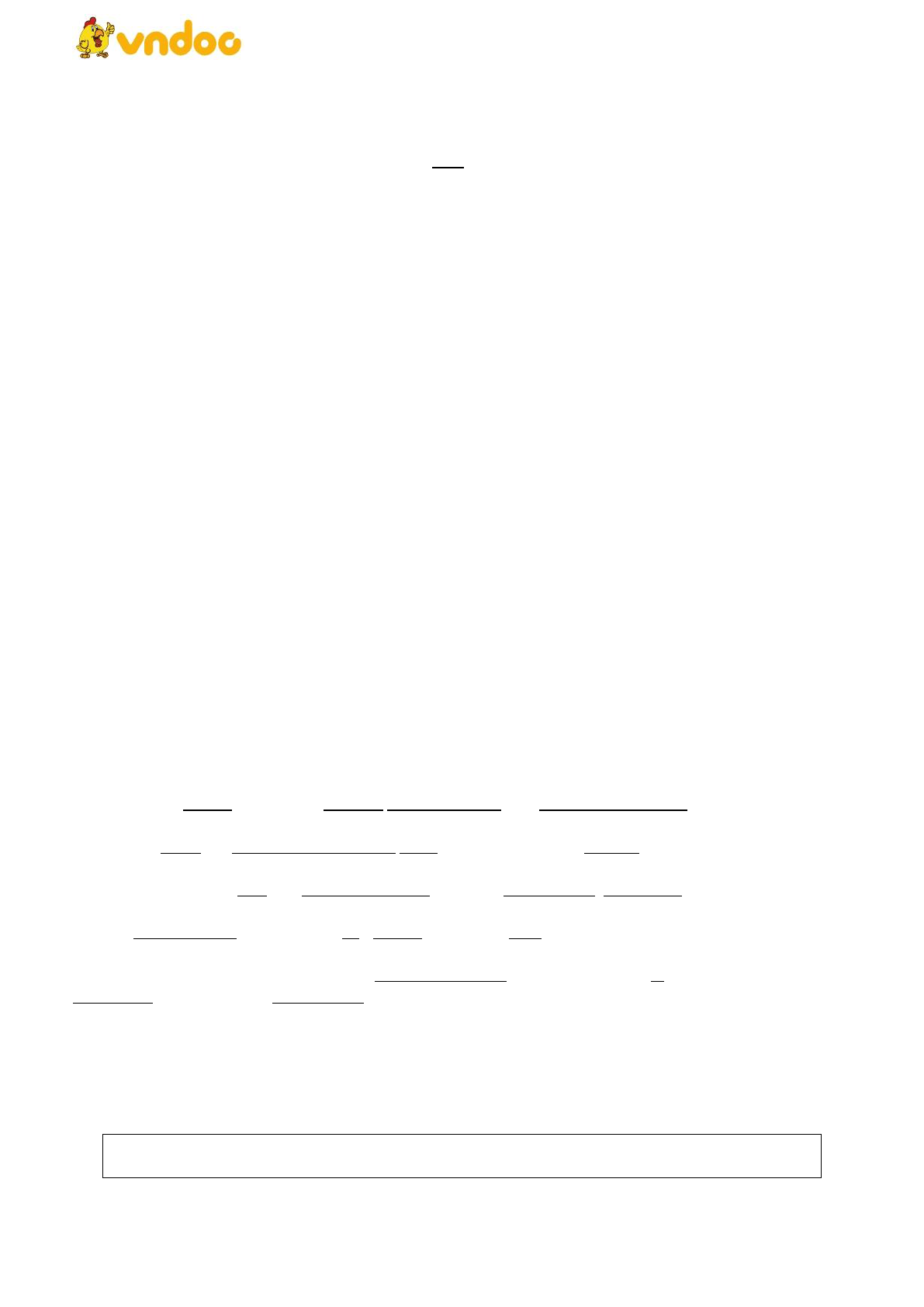 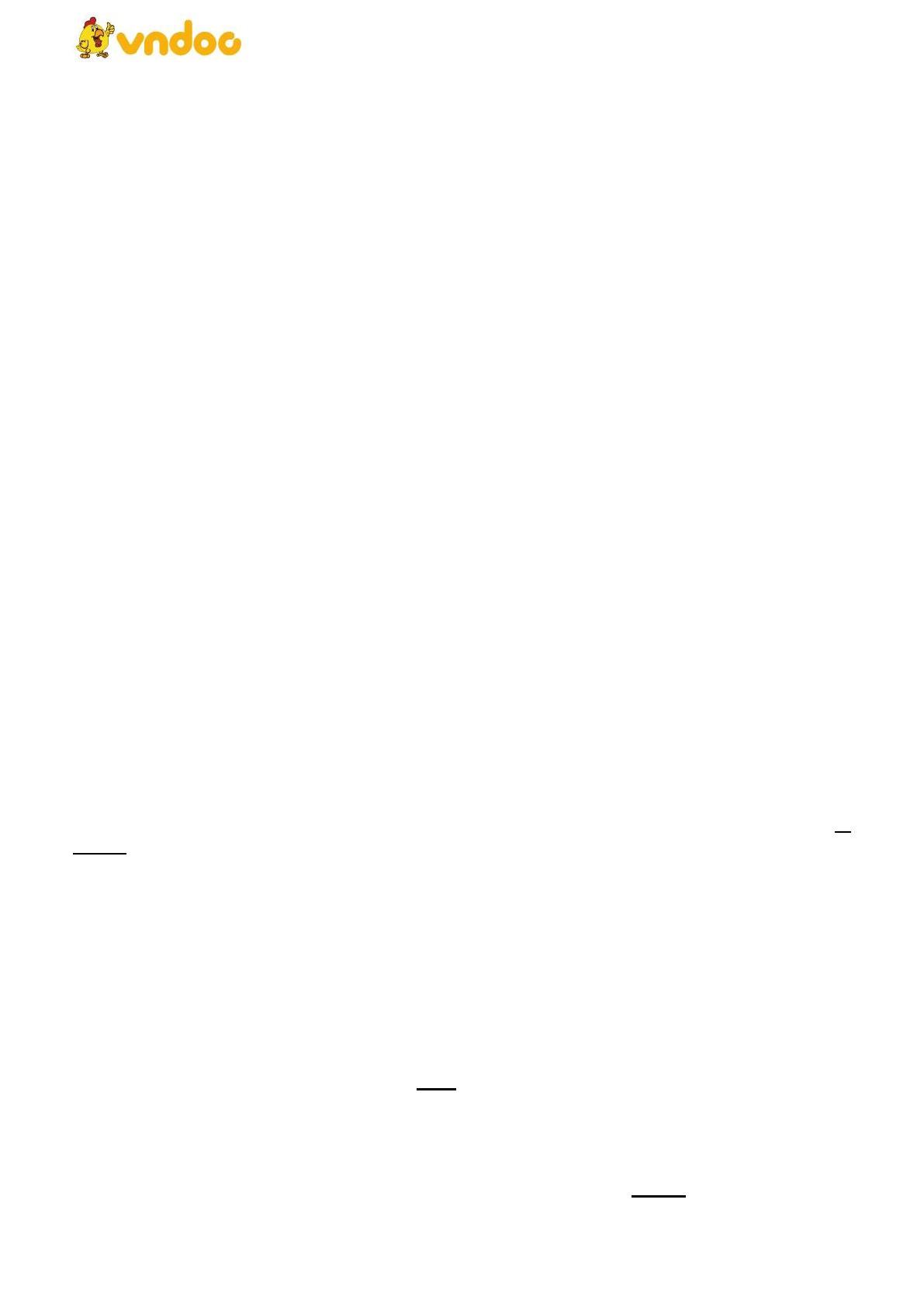 VnDoc. Tải tài liệu, văn bản pháp luật, biểu mẫu miễn phí
(53)_________ clothes make you feel slim, but when they have shrunk in the washing machine,
then you have the same (54)_________! If you buy light cotton clothes, then they might not be warm
enough for winter. If your shoes are not tight, and if you aren’t dressed for the cold, you might look
good, but feel (55)_________!
II. Read the following passage and decide which option A, B, C or D best fits each space. (10 points)
Schools in the United States have not always had a large number of libraries. As (56)_________
as 1958 about half of the public schools in the United States had no libraries at all. The number of
public school libraries increased dramatically (57)_________ the federal government passed the
Elementary and Secondary Education Act of 1965, ( 58)_________ provided funds for school districts
to improve their education programs and facilities, including their libraries. (59)_________ , many
educators claim that since the legislation was passed federal spending has not increased sufficiently to
meet the rising (60)_________ of new library technologies such as computer databases and Internet
access.
Because the federal government provides only limited funds to schools, individual school
districts (61)_________ on funds from local property taxes to meet the vast majority of public school
expenses. Therefore, the libraries of the public schools tend to reflect the (62)_________
capabilities of the communities in which they are located. Districts in wealthy suburbs often have fully
staffed libraries (63)_________ abundant resources, spacious facilities, and curricular and
instructional support. In (64)_________, school districts in many poor areas house their libraries in
ordinary classrooms or in small rooms. The libraries in such areas are generally staffed by volunteers,
who organize and (65)_________ books that are often out-of-date, irrelevant, or damaged.
56. A. freshly B. recently C. frequently D. newly
57.
A.
though B. with C. during D. when
58.
A.
that B. who C. which D. this
59.
A.
Nevertheless B. Therefore C. Consequently D. Otherwise
60.
A.
fine B. fee C. cost D. sum
61.
A.
go B. come C. rely D. stay
62.
A.
educational B. economical C. political D. financial
63.
A.
for B. with C. on D. by
64.
A.
country B. converse C. contrast D. conflict
65.
A.
attain B. obtain C. contain D. maintain
III.
Read the passage and choose the correct answer A, B, C or D
(10 points).
Before the mid-nineteenth century, people in the United States ate most foods only
in
season
. Drying, smoking and salting could preserve meat for a short time, but the availability of
fresh meat, like that of fresh milk, was very limited; there was no way to prevent spoilage. But in
1810, a French inventor named Nicolas Appert developed the cooking-and-sealing process of
canning. And in the 1850’s an American named Gail Borden developed a means of condensing and
preserving milk. Canned goods and condensed milk became more common during the 1860’s, but
supplies remained low because cans had to be made by hand. By 1880, however, inventors had
fashioned stamping and soldering machines that mass-produced cans from tinplate. Suddenly all
kinds of food could be preserved and bought at all times of the year.
Other trends and inventions had also helped make it possible for Americans to vary their
daily diets. Growing urban population created demand that encouraged fruit and vegetable farmers
to raise more produce. Railroad refrigerator cars enabled growers and meat packers to ship
perishables great distances and to preserve
them
for longer periods. Thus, by the 1890’s, northern
city dwellers could enjoy southern and western strawberries, grapes, and tomatoes, previously
available for a month at most, for up to six months of the year. In addition, increased use of
iceboxes enabled families to store perishables. As easy means of producing ice commercially had
been invented in the 1870’s, and by 1900 the nation had more than two thousand commercial ice
plants, most of which made home deliveries. The icebox became a
fixture
in most homes and
remained so until the mechanized refrigerator replaced it in the 1920’s and 1930’s.
Almost everyone now had a more diversified diet. Some people continued to eat mainly
foods that were heavily in starches or carbohydrates, and not everyone could afford meat.