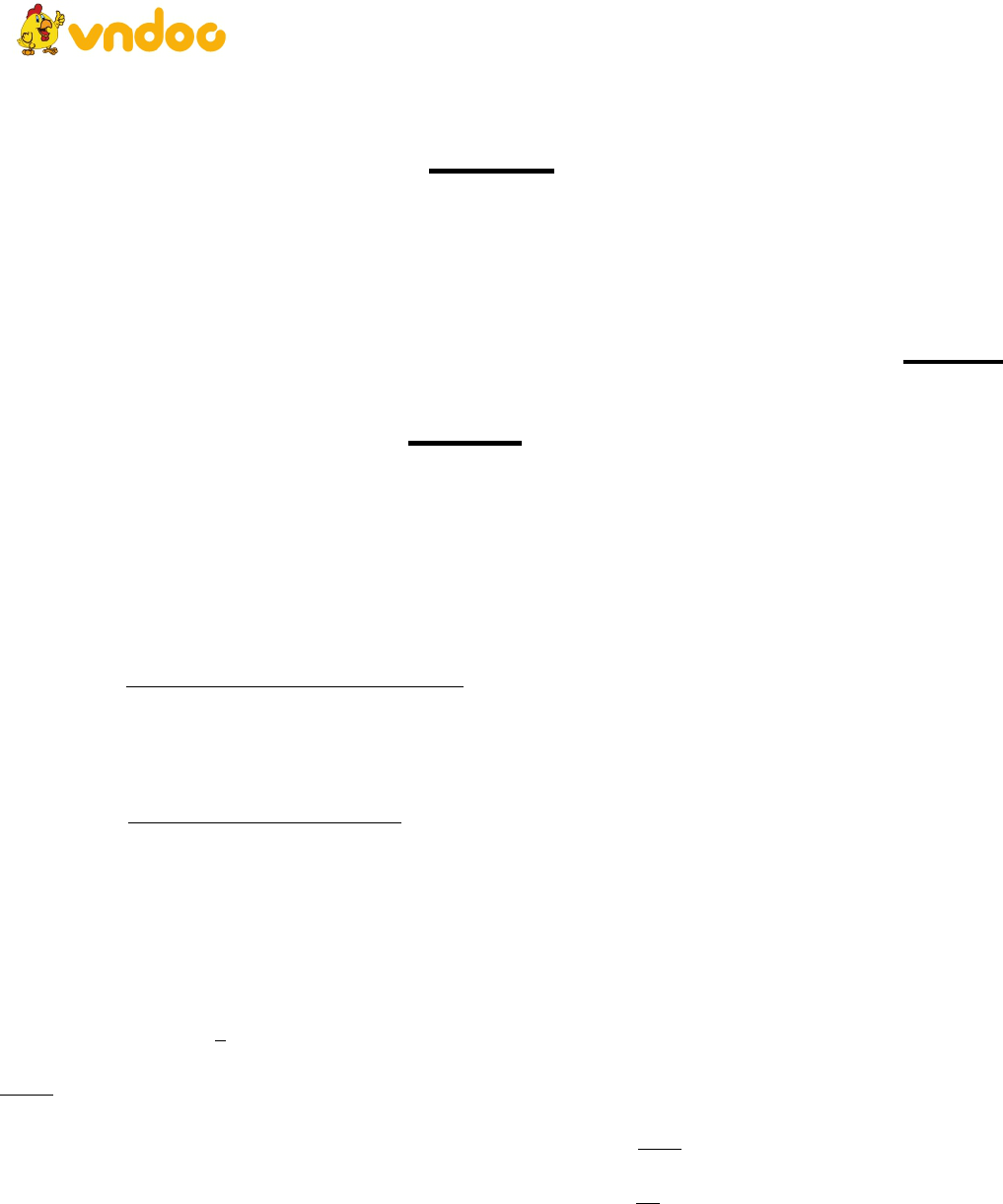 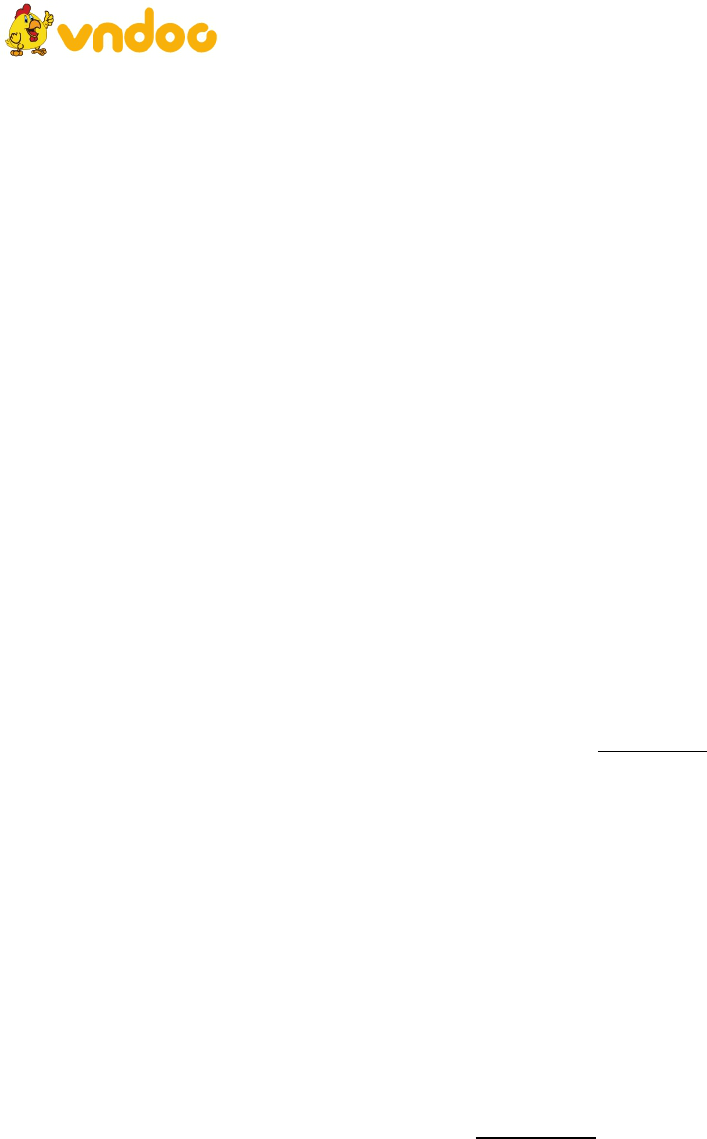 VnDoc - Tải tài liệu, văn bản pháp luật, biểu mẫu miễn phí
T
Đ
huge apelike creatures coming out of the woods. They hurried back to their cabin and locked themselves
inside. While they were in, the creatures attacked them by throwing rocks against the walls of the cabin.
After several hours, these strange hairy giants went back into the woods.
After this incident the men returned to the town and told the people of their adventure. However, only
a few people accepted their story. These were the people who remembered hearing tales about footprints
of an animal that walked like a human being.
The five men, however, were not the first people to have seen these creatures called Bigfoot. Long
before their experience, local Native Americans were certain that a race of apelike animals had been
living in the neighboring mountain for centuries. They called these creatures Sasquatch.
In 1958, workmen, who were building a road through the jungles of Northern California often found
huge footprints in the earth around their camp.
Then in 1967, Roger Patterson, a man who was interested in finding Bigfoot went into the Northern
California jungles with a friend. While riding, they were suddenly thrown off from their horses. Patterson
saw a tall apelike animal standing not far away. He managed to shoot seven rolls of film of the hairy
creature before the animal disappeared in the hushes. when Patterson's film was shown to the public, not
many people believed his story.
In another incident, Richard Brown, a music teacher and also an experienced hunter spotted a similar
creature. He saw the animal clearly through the telescopic lens of his rifle. He said the creature looked
more like a human than an animal.
Later many other people also found deep footprints in the same area. In spite of regular reports of
sightings and footprints, most experts still do not believe that Bigfoot really exists.
( Source: Englishdaily626.com/reading_comprehension)
Câu 17: The word neighboring would BEST be replaced with .
A. remote B. nearby C. far-away D. far-off
Câu 18: Did the town people believe the story of the five men about their meeting with Bigfoot? .
A.
All the people believed what they said.
B.
Some said the five men were making up their own story
C.
Only those who had heard the same tale the second time believed them.
D.
No, not everyone believed their story.
Câu 19: Which of the following pairs is INCORRECT?
A. huge -- hairy B. spotted - saw C. woods -- jungles D. creatures - animals
Câu 20: Who were the first people to have seen these apelike creatures before the five campers?
A.
The local Native Americans.
B.
The workers who built the road in the jungles of Northern California.
C.
Roger Patterson and his friend.
D.
Richard Brown, a music teacher and a hunter.
Câu 21: The BEST title for this passage would be .
A. The creature called Bigfoot. B. The experts and the existence of Bigfoot.
C. The adventures of Bigfoot. D. The adventures of the five campers.
Câu 22: What did the five campers do when they saw a group of apelike creatures?
A.
They threw rocks against the walls of their cabin to frighten the creatures away.
B.
They attacked the creatures by throwing rocks at them.
C.
They quickly ran back into their cabin and locked the cabin door.
D.
They ran into the woods and hid there for several hours.
Câu 23: Who called the apelike creatures 'Sasquatch'?
A. Richard Brown B. The five campers
C. Roger Patterson D. The local Native Americans
Read the following passage and mark the letter A, B, C, or D on your answer sheet to indicate the
correct answer to each of the questions from 24 to 31.
Since water is the basis of life, composing the greater part of the tissues of all living things, the crucial
problem of desert animals is to survive in a world where sources of flowing water are rare. And since