VnDoc - Tải tài liệu, văn bản pháp luật, biểu mẫu miễn phí
KIỂM TRA 1 TIẾT LẦN 3 NĂM HỌC 2018 - 2019
MÔN TIẾNG ANH LỚP 10
I. LISTENING (2 marks)
Part A – Listen to the conversation 1 and 2 and decide the following sentences are True or
False. Write T for True and F for False. You will listen twice.
Conversation 1
___ 1. Mr. Thompson called at nine-thirty in the morning.
___ 2. The man suggests the woman call Mr. Thompson at two p.m.
Conversation 2
___ 3. The man heard about the fire on television news.
___ 4. Someone called him and told him about the fire.
Part B- Listen to the conversation 3 and 4 and choose the best answer A, B, C or D. You will
listen two times
Conversation 3
1. When does the man want to go to Liverpool?
A. on Thursday B. on Monday C. on Friday D. on Sunday
2. Which vehicle does the man want to travel to Liverpool?
A. Bus B. Train C. Car D. Boat
Conversation 4
3. When will the man and the woman go shopping?
A. In the evening B. In the afternoon C. In the morning D. At noon
4. Where will they visit tomorrow afternoon?
A. Shopping mall B. The beach C. Supermarket D. Park
II. MULTIPLE CHOICE (6 marks) 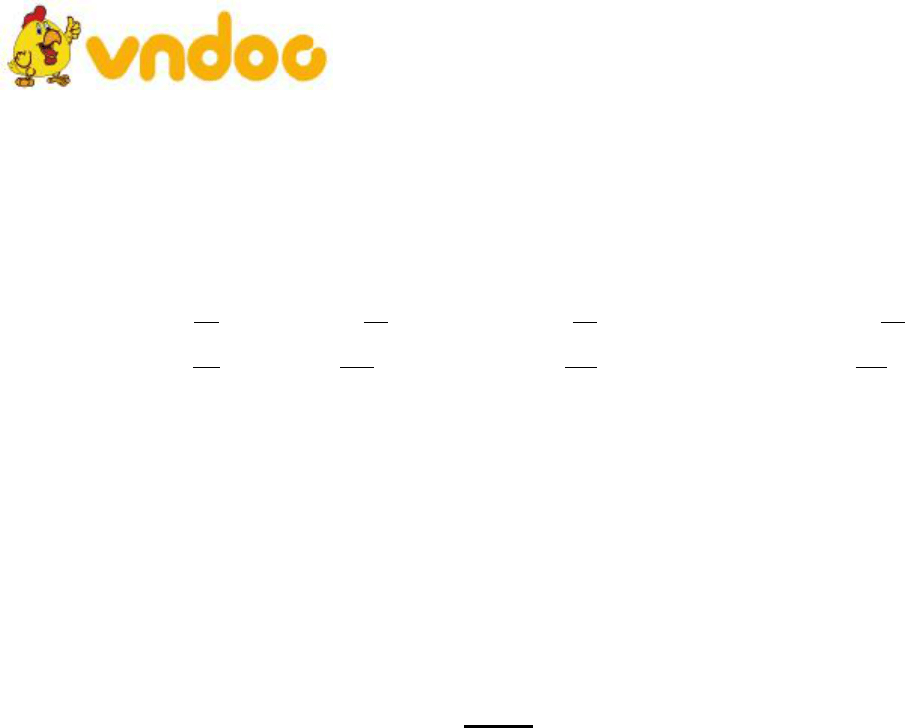 VnDoc - Tải tài liệu, văn bản pháp luật, biểu mẫu miễn phí
Choose the word whose main stress is different from the rest
Question 1: A. science B. divide C. depend D. pollute
Question 2: A. endangered B. contaminate C. conservation D. gestation
Choose the word whose underlined part is pronounced differently from the others
Question 3: A. lived B. played C. called D. stopped
Question 4: . A. pair B. chair C. cheer D. where
Read the text carefully and then choose the best option for the following questions
Dolphins are well known for their agility and playful behavior, making them a favorite of
wildlife watchers. Many species will leap out of the water, spy-hop (rise vertically out of the
water to view their surroundings) and follow ships, often synchronizing their movements
with one another. Scientists believe that dolphins conserve energy by swimming alongside
ships, a practice known as bow-riding.
Dolphins live in social groups of five to several hundred. They use echolocation to find prey
and often hunt together by surrounding a school of fish, trapping them and taking turns
swimming through the school and catching fish. Dolphins will also follow seabirds, other
whales and fishing boats to feed opportunistically on the fish they scare up or discard.
Cited from http://www.defenders.org/dolphin/basic-facts
Question 5: The text is mainly about_________________________
A. Dolphin’s reproduction.
B. Dolphin’s behavior.
C. Dolphins in their social groups.
D. Dolphin’s feeding ground.
Question 6: According to scientists, how can dolphins conserve energy?
A. They practice riding alongside ships.
B. They use bow-riding to swim near the ships.
C. They swim alongside ships.
D. They are believed to good swimmers.
Question 7: According to the text, how many dolphins are there in their social groups?