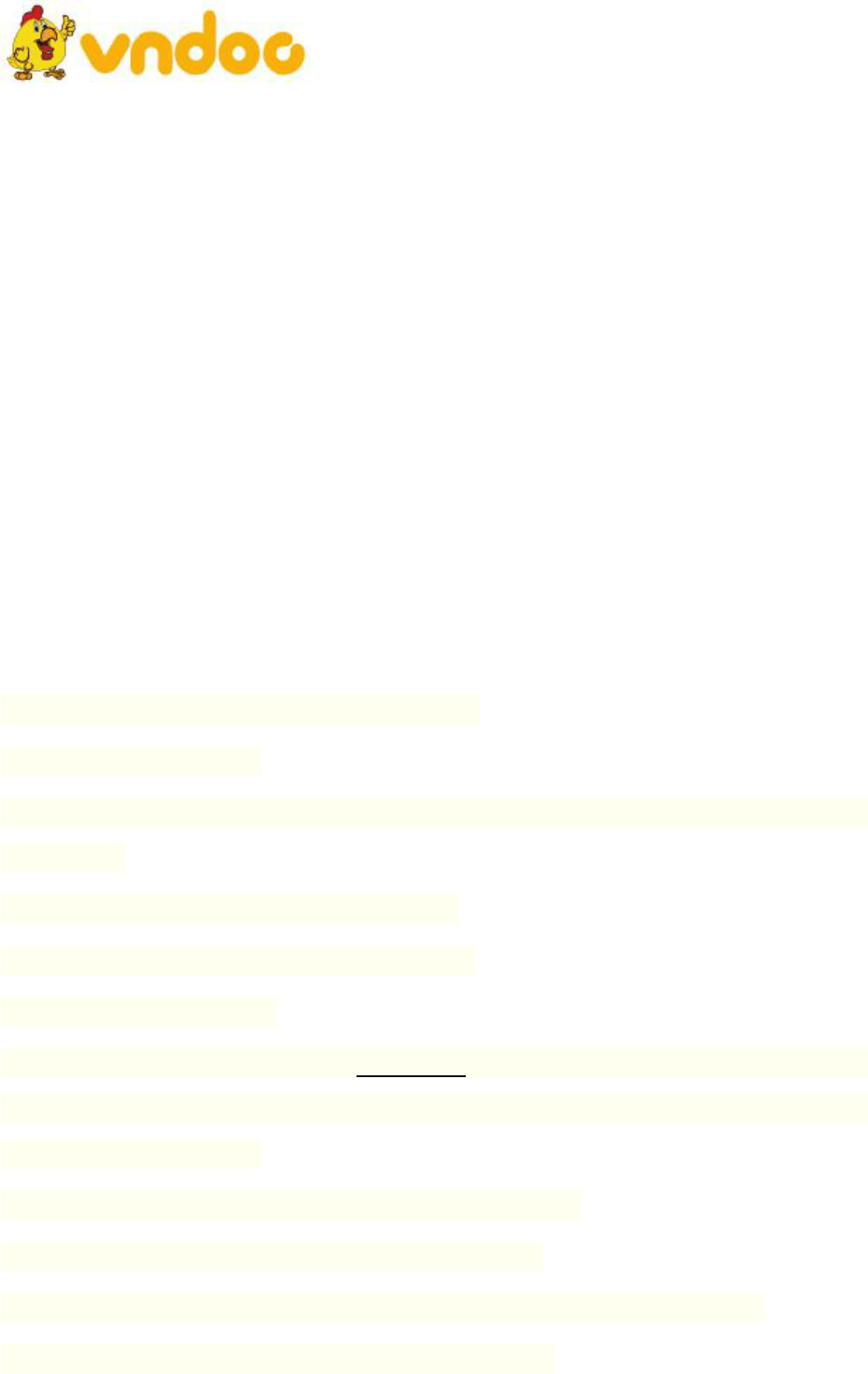 VnDoc - Tải tài liệu, văn bản pháp luật, biểu mẫu miễn phí
3. What job will be done the day before the festival begins?
A. Making posters
B. Setting up the gym
C. Cleaning up the gym
D. Helping the performers
4. Who is told to talk to Ms. Braxton?
A. Parents
B. Students
C. Teachers
D. Performers
Questions 5–11 refer to the following story.
"Did you see that?" Joe said to his friend Bill.
"You're a great shooter!"
Bill caught the basketball and bounced it before throwing it again. The ball flew
into the net.
"Bill, you never miss!" Joe said admiringly.
"Unless I'm in a real game," Bill complained.
"Then I miss all the time."
Joe knew that Bill was right. Bill performed much better when he was having fun
with Joe in the school yard than he did when he was playing for the school team
in front of a large crowd.
"Maybe you just need to practice more," Joe suggested.
"But I practice all the time with you!" Bill objected.
He shook his head. "I just can't play well when people are watching me."
"You play well when I'm watching," Joe pointed out. VnDoc - Tải tài liệu, văn bản pháp luật, biểu mẫu miễn phí
"That's because I've known you since we were five years old," Bill said with a
smile. "I'm just not comfortable playing when other people are around."
Joe nodded and understood, but he also had an idea.
The next day Joe and Bill met in the school yard again to practice. After a few
minutes, Joe excused himself.
"Practice without me," Joe said to his friend. "I'll be back in a minute."
Joe hurried through the school building, gathering together whomever he could
find—two students, a math teacher, two secretaries, and a janitor. When Joe
explained why he needed them, everyone was happy to help.
Joe reminded the group to stay quiet as they all went toward the school's
basketball court. As Joe had hoped, Bill was still practicing basketball. He made
five baskets in a row without noticing the silent people
standing behind him.
"Hey, Bill!" Joe called out finally.
Bill turned. A look of surprise came over his face.
"I just wanted to show you that you could play well with people watching you,"
Joe said. "Now you'll have nothing to worry about for the next game!"
5. What would be the best title for the story?
A. Joe Joins the Team