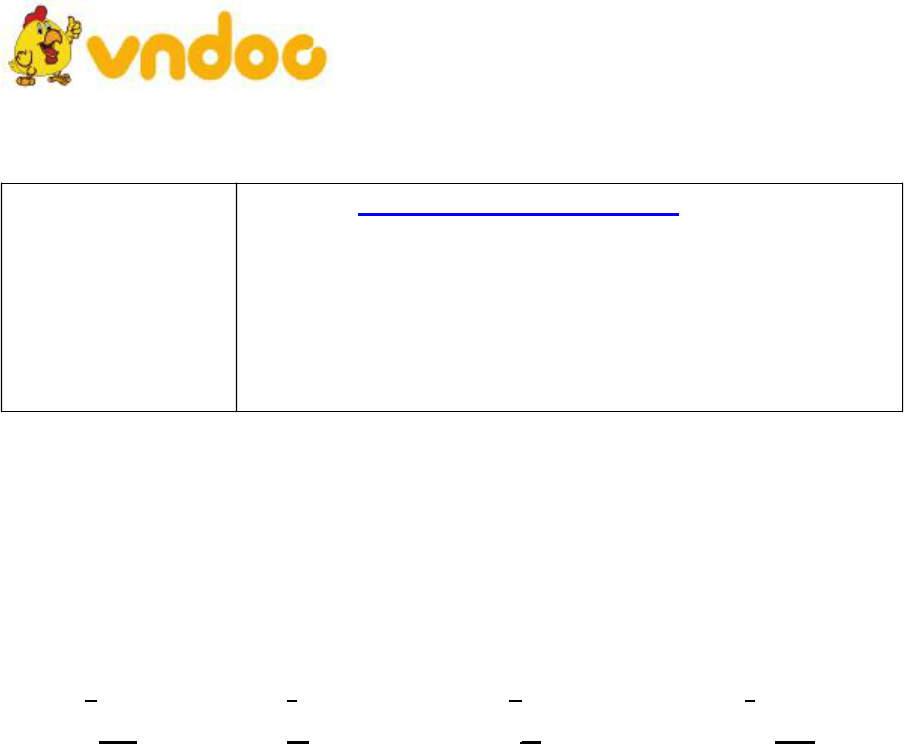 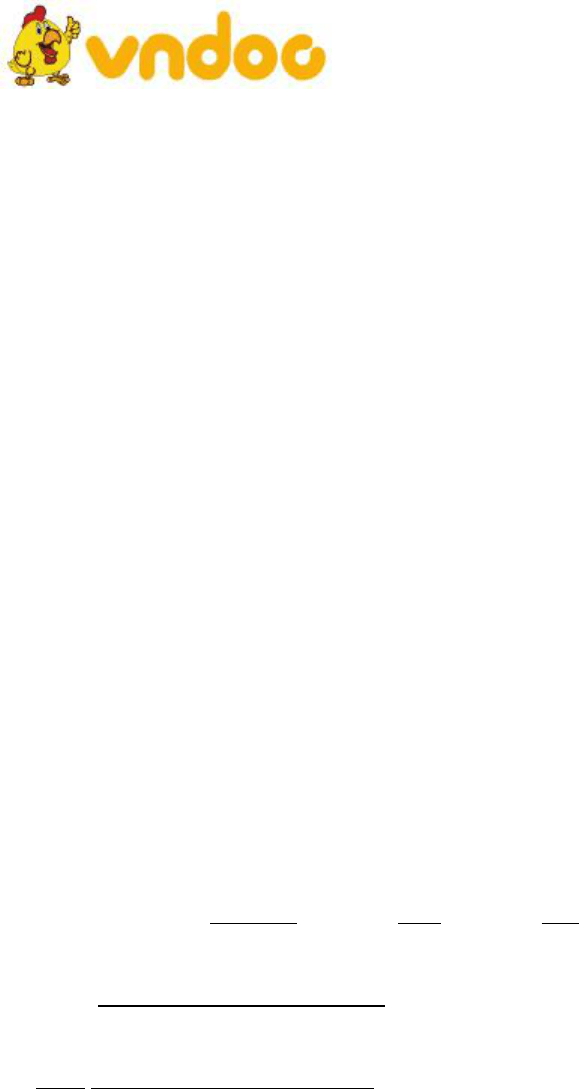 VnDoc - Tải tài liệu, văn bản pháp luật, biểu mẫu miễn phí
There are only a few things that I don't like about Northville. One thing is that we have not
got many things to do in the evening; we haven't got (26) _________ cinemas or theaters. The other
thing is that people always talk about (27) _________, and everyone knows what everyone is doing.
But I still prefer village life to life in a big city.
23.
A. so
B. although
C. because
D. but
24.
A. for
B. at
C. up
D. after
25.
A. knows
B. know
C. is knowing
D. knew
26.
A. little
B. some
C. any
D. few
27.
A. others
B. other
C. another
D. one another
VIII. Read this passage carefully then choose the best answer to each question below.
A TWENTY YEAR- STOLEN BICYCLE
Ted Robinson has been worried all the week. Last Tuesday he received a letter from
the local police. In the letter the police asked him to meet them at the police station. Ted
wondered why the police wanted him, but he went to the station yesterday and now he is not
worried any more. At the station he was told by a smiling policeman that they found his
bicycle. Five days ago, the policeman told him, the bicycle was picked up in a small village
four hundred miles away. They are now sending his bicycle to his home by train. Ted was
most surprised when he heard the news. He was amused too, because he never expected the
bicycle to be found. It was stolen twenty years ago when Ted was a boy of fifteen.
28.
Ted was worried because ____________.
A. He received a letter
B. He went to police station yesterday
C. The police would catch him
D. He didn’t know why the police wanted him.
29.
The police who talked to Ted was ___________.
A. pleasant
B. worried
C. surprised
D. small
30.
What did the policeman tell him?
A. His bicycle was lost.
B. His bicycle was found five days ago.
C. He was very surprised.
D. He never expected the bicycle to be found.
31. Why was Ted very surprised when he heard the news?
A. Because his bicycle was stolen 20 years ago
B. Because his bicycle was found when he was a boy of fifteen.
C. Because the bicycle was sent to him by train
D. Because he thought he would never find the bicycle.