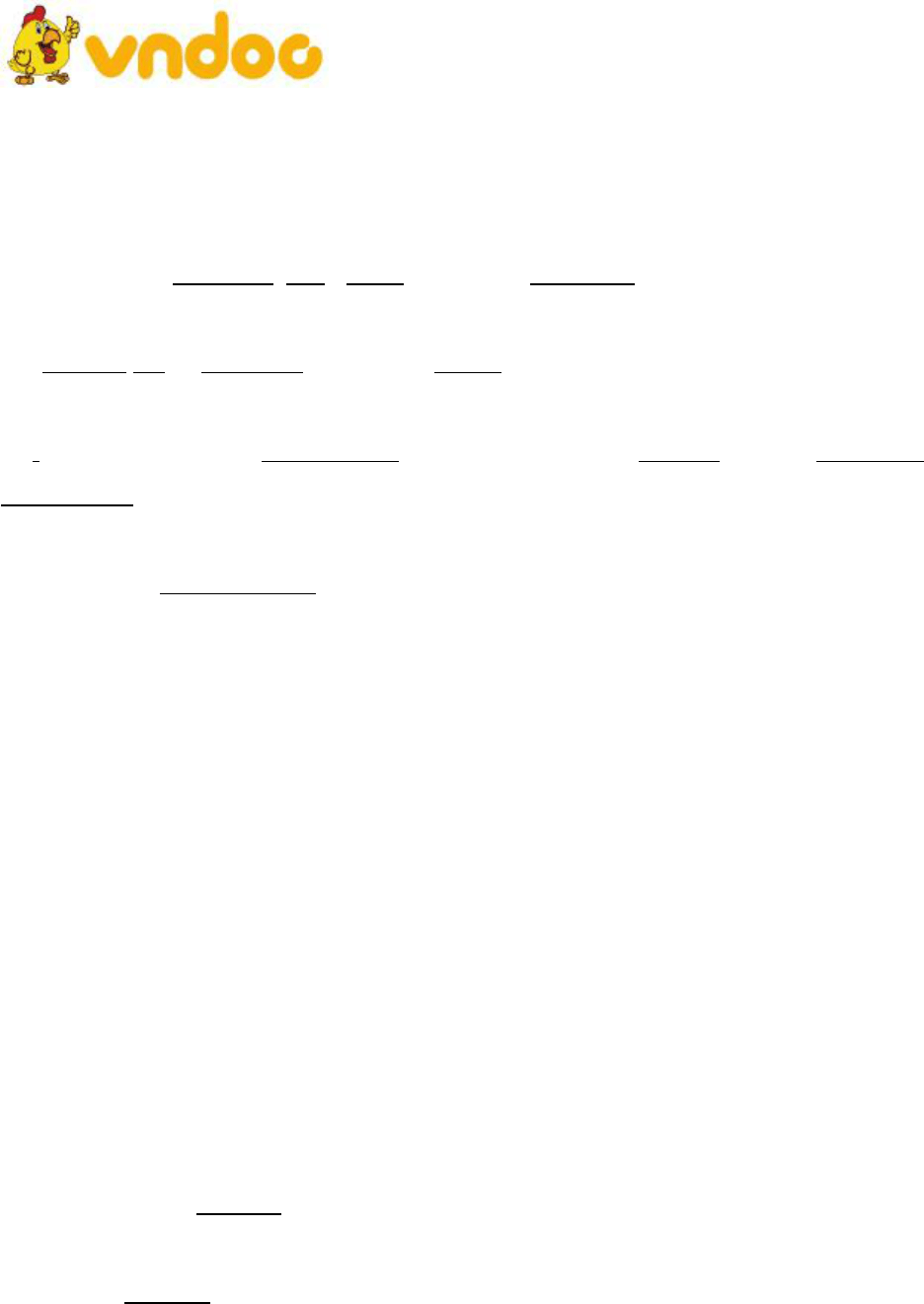 VnDoc - Tải tài liệu, văn bản pháp luật, biểu mẫu miễn phí
21. We are looking for camp helpers who are hard-working, energetic, and able to
organise activities for young children.
A. active B. dynamic C. passive D. reluctant
22. Volunteering also means getting to meet people with a similar passion.
A. alike B. identical C. common D. distinct
VIII. Read the following passage and mark the letter A, B, C or D to indicate the
correct word or phrase that best fits each of the numbered blanks.
Our oceans are becoming (23) _________ polluted. Most of this pollution comes (24)
_________ the land, which means it comes from people. Firstly, there is raw sewage,
which is pumped directly into the sea. Many counties, (25)_________ developed and
developing, are guilty of doing this. Secondly, ships drop about 6 million tons of garbage
into the sea each year. Thirdly, (26)_________ are oil spills from ships. A ship has an
accident and oil leaks from the vessel. This not only pollutes the water, but it also kills
marine life. Next, there are waste materials from factories. (27)_________ proper
regulations, factory owners let the waste run directly into the rivers, which then leads to the sea.
And unfortunately , oil is washed from the land. This can be the result of carelessness or a
deliberate dumping of waste.
23. A. extremely B. extreme C. complete D. serious
24. A. for B. by C. from D. with
25. A. between B. both C. consist D. with
26. A. there B. they C. you D. we
27. A. With B. Therefore C. Without D. However
IX. Read the following passage and mark the letter A, B, C or D to indicate the
correct answer to each of the questions.
WITCH DOCTORING
Many early ideas about the causes and cures of illness seem ridiculous to us today.
Yet in some respects the medicine man of uncivilized tribes used the method for curing
sick persons which are known to have had real value.
In early time when people became ill, they turned for help to the medicine man of
the tribe. It was generally believed that sickness was caused by evil spirits, and it was the
medicine man’s task to drive these bad spirits out of the sick man. To do this, he would