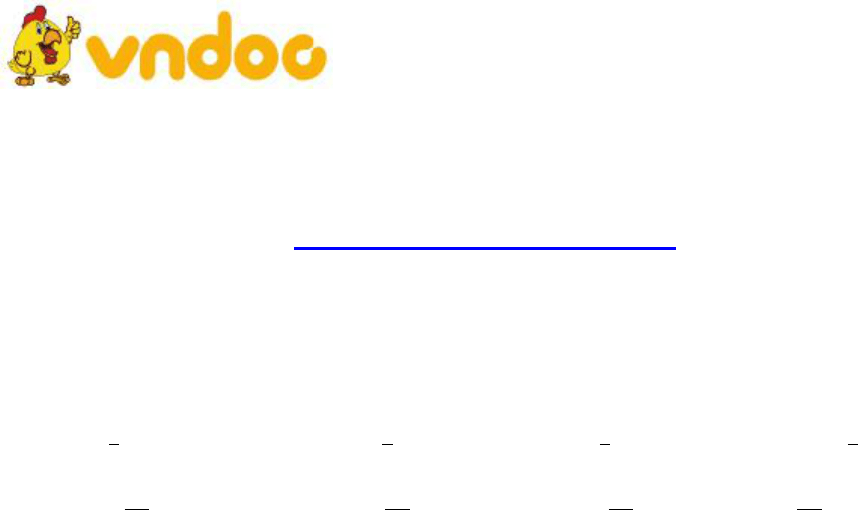 VnDoc - Tải tài liệu, văn bản pháp luật, biểu mẫu miễn phí
mobile), the fax, and e-mail. Television, film, painting, and photography can also
communicate ideas.
Animals have ways of (10) __________ information, too. Bees dance and tell other
bees where to find food. Elephants make sounds that humans can’t hear. Whales sing songs.
Monkeys use their faces to show anger and love. But this is nothing compared to what
people can do. We have language – about 6,000 languages, in fact. We can write poetry, tell
jokes, make promises, explain, persuade, tell the truth, or tell lies. And we have a sense of
past and future, not just present.
Radio, film, and television (11) __________ a huge influence on society in the last
hundred years. And now we have the Internet, which is infinite. But what is this doing to this?
We can give and get a lot of information very quickly. But there is (12) __________
information that it is difficult to know what is important and what isn’t. Modern media is
changing our world every minute of every day.
9. A. communicate with B. talk about C. speak with D. tell to
10. A. changing B. transferring C. exchanging D. giving
11. A. have B. have had C. are having D. had
12. A. so much B. such much C. so many D. too much
Mark the letter A, B, C or D on your answer sheet to show the underlined part that needs
correction.
13. Dams building across river help hold back the water.
A B C D
14. He failed the final exam last year because his laziness.
A B C D